special edition for the Jubilee of Mercy 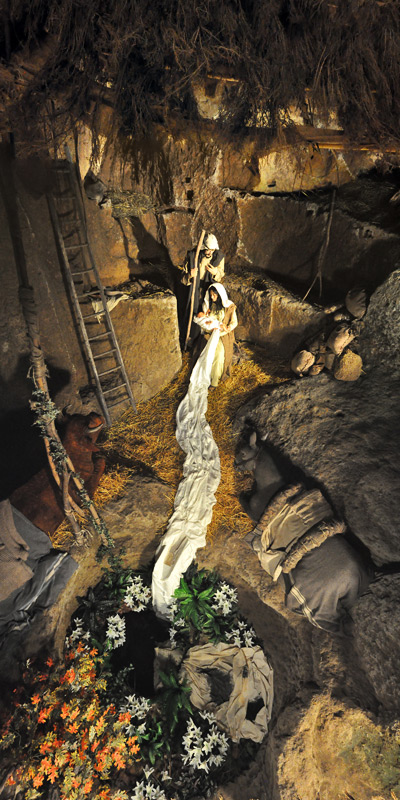 The case meant that the crib inspired by Mercy fell right on the Christmas of the Extraordinary Jubilee dedicated to her; this gave us even more incentive to insist on this overflowing and scandalous aspect of the preaching and life of Jesus: in a Palestine waiting for the armed Messiah to liberate it from the Romans, Christ is crucified precisely by the oppressors, after to have been judged by the high priests who, by dint of prayers, ablutions and rites of sacrifice and purification, had strayed so far from the Lord that they condemned him.
It was Jesus who told us, backwards, some episodes of his life, including the censorship of the adulterous story made by the first Christian communities. It was he who led us, always backwards through his scandals and the voices of detractors, to his birth, certainly not occurred in the triumph of a palace or in the purity of the temple built for his Father, but in a stable, among the impure, among the shepherds who, according to his contemporaries, had to be killed by the angels on the day of the coming of the Messiah. Instead the angels of Jesus invite them, to their great surprise and wonder, to be the first witnesses of Salvation in Mercy.

Whom say ye that I am? Lk 9, 20 I am Yehoshua ben Yosef, I was born in Bethlehem more than two thousand years ago. For some I am the Messiah, for others a simple prophet, according to some I never existed. For most of my contemporaries I was only able to give scandal.

Why seek ye the living among the dead? Lk 24, 5 They said that I was not resurrected and that someone had stolen my body at night. They said, too, that I was not dead, but I had been drugged to wake me up after the deposition from the cross. 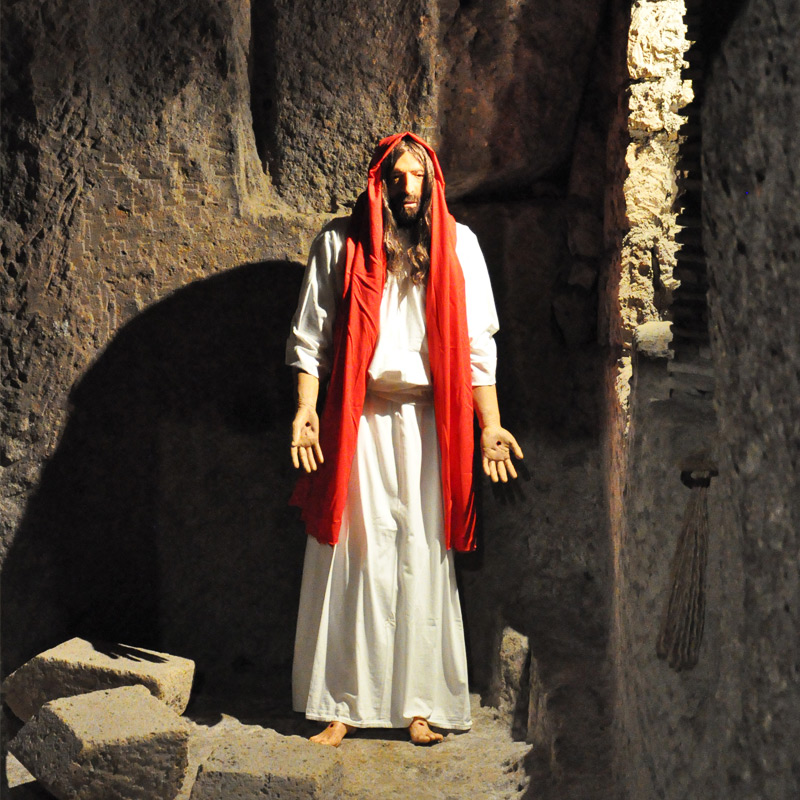 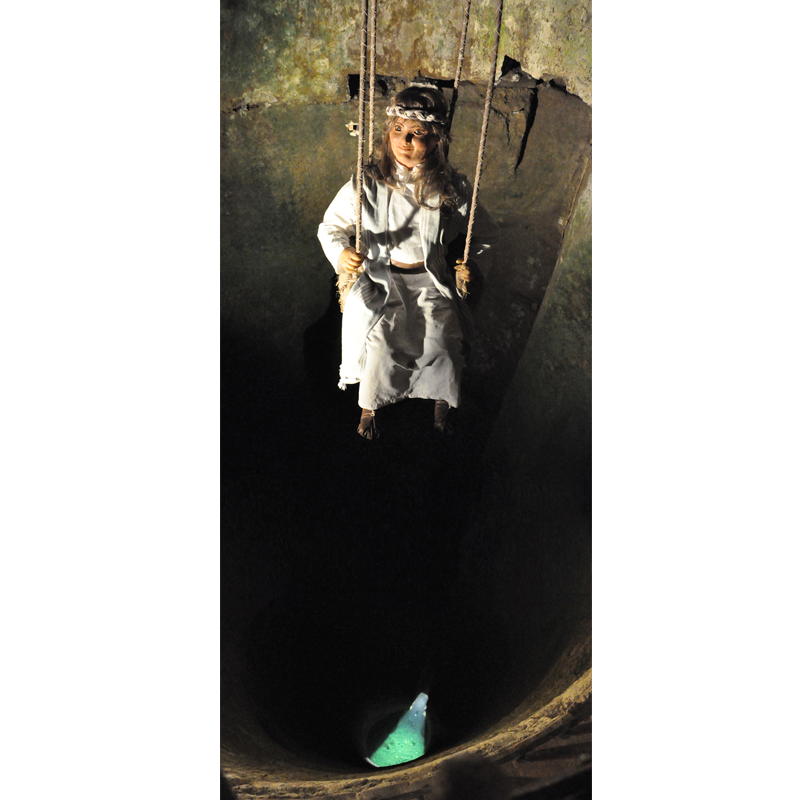 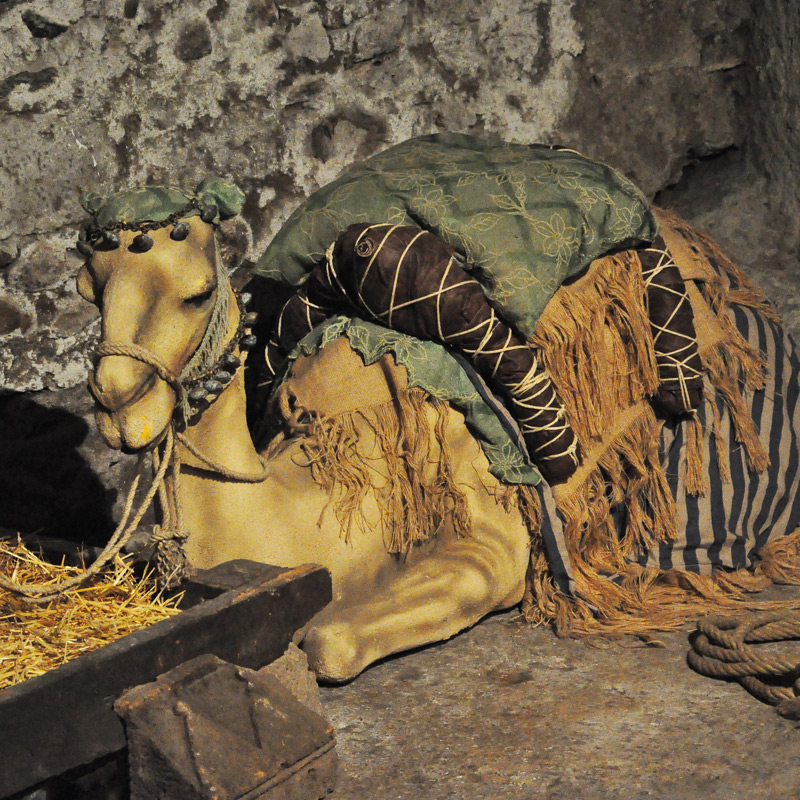 Ye cannot serve God and mammon Lk 16, 13 They said that I was a crazy man possessed when I drove away the merchants and the money changers from the Temple of Yerushalmi.

For it is easier for a big rope [kamilos”, often confused with “kamelos”, and translated as “camel”] to go through a needle’s eye, than for a rich man to enter into the kingdom of God Lk 18, 25 They said that my stories were shocking: a Samaritan more merciful than a Pharisee, a father who celebrates the return of the prodigal son, a girl who rejoices that she had found a lost drachma, a shepherd who rejoices for a recovered sheep, or even a landlord who shares his sumptuous feast with the poor and needy.

Whosoever shall not receive the kingdom of God as a little child shall in no wise enter therein Lk 18, 17 They said I was impure because I touched a leper and I was touched by a woman suffering from hemorrhage. They said I was a fool because I gave confidence to women and I wasted time with children, usually treated as animals.

And blessed ishe, whosoever shall not be offended in me Mt 11, 6 They said that I was not the Messiah promised by Yohannan the Baptist. He announced an avenger who would destroy with fire and not a mild who wanted to build with love.

They that are whole need not a physician; but they that are sick.I came not to call the righteous, but sinners to repentance Lk 5, 31-32 They said that I was a pervert because I let a prostitute to massage my feet, I never got married and lived in lust with twelve other men. They said that I was corrupt, because I had frequented the houses of tax collectors, thieves and miscreants, and I received one of them between my followers. 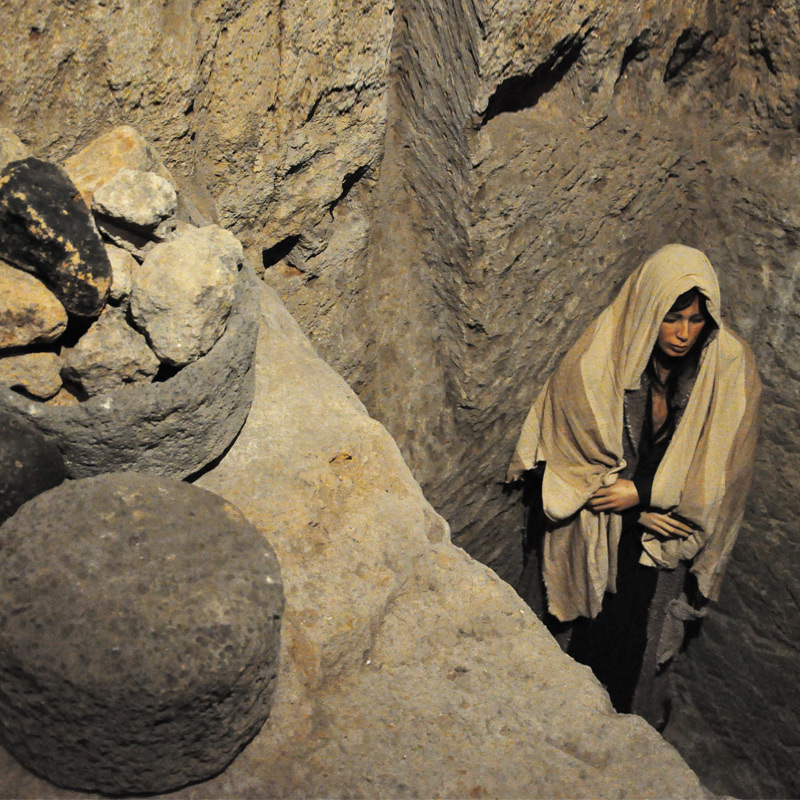 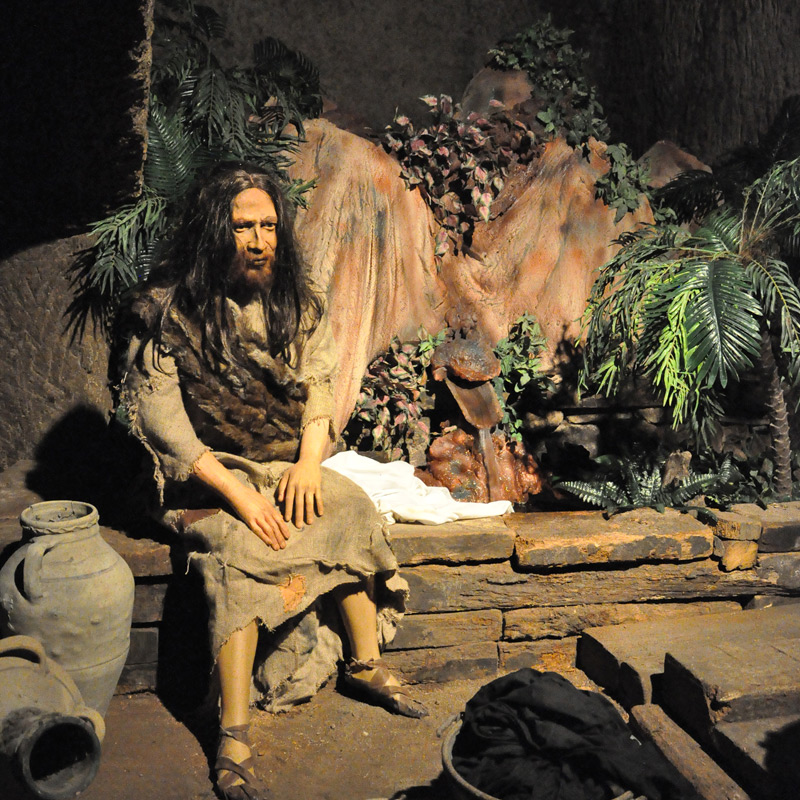 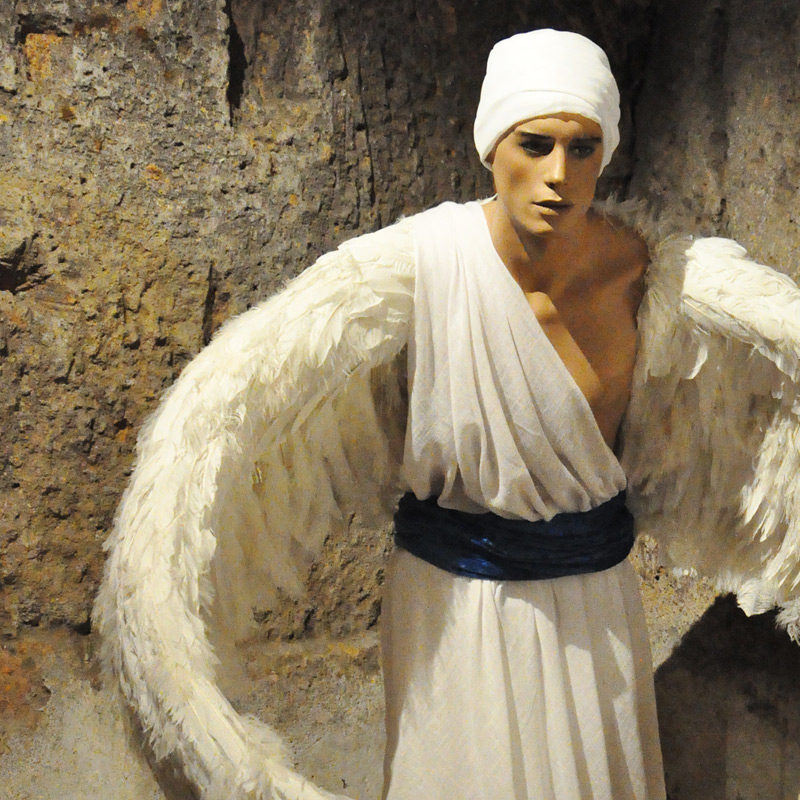 Which of you shall have an ass or an ox fallen into a pit, and will not straightway pull him out on thesabbath day? Lk 14, 5 They said that I was a sacrilegious because I healed a woman on Saturday. They said that I was an infidel because I did not behave like the Pharisees. Those the more busy with prayers and precepts to be holy they were and the more they went far from God.

When thou makest a feast, call the poor, the maimed, the lame, the blind: and thou shalt be blessed; for they cannot recompense thee Lk 14, 13-14

He that is withoutsin among you, let him first cast a stone at her Jn 8, 7 (earlier Lk 21, 45) They did not say anything when I saved the life of a young girl accused of adultery, but it took several centuries before the Christian communities will tolerate the tale [it is well known story that the eleven “dangerous” verses in Luke’s Gospel were rejected by the first communities of Christians, to end up, in the third century, in the Gospel of John].

How shall this be, seeing Iknow not a man? Lk 1, 34 They said that I was not worthy to enter the temple because my mother descended from a long line of prostitutes, murderers and pagans. They said that I was a bastard, with the name chosen by my mother, who had me from an affair with a Roman soldier named Pantera.

And, lo, the angel of the Lord came upon them, and the gloryof the Lord shone round about them Lk 2, 9 Since I was born it was clear that my life would have been a scandal, because I was not born in my house, or in a palace as Magi believed, but in a stable among animals. The angel of the Lord didn’t announced my birth to the priests and scribes, but to the simple and humble shepherds, the ‘am ha-aretz, ignorant of the Scriptures,  with no rights and with the same dignity of the sheep which they were watching. 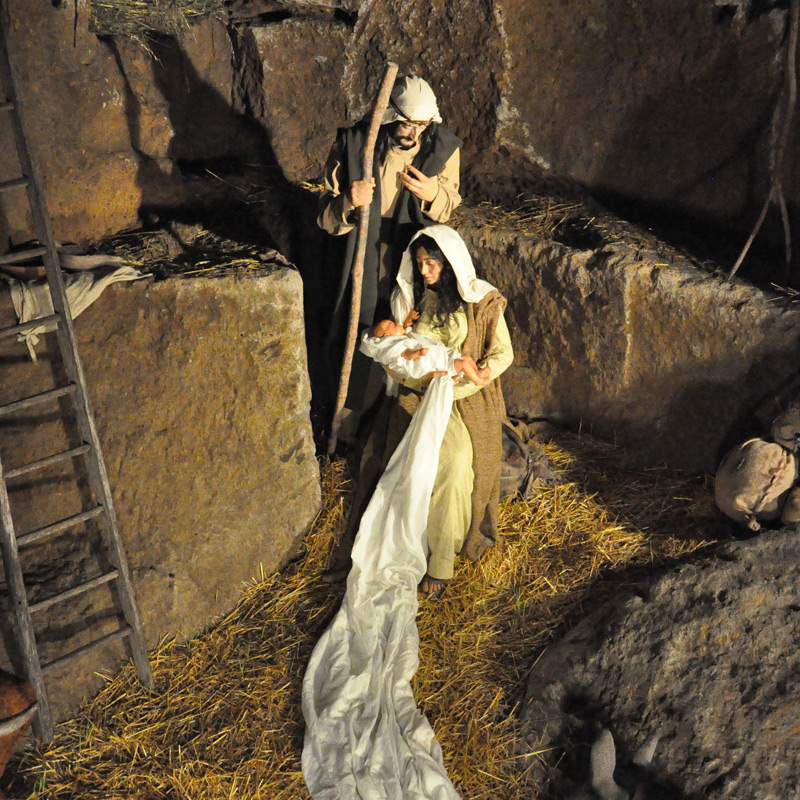 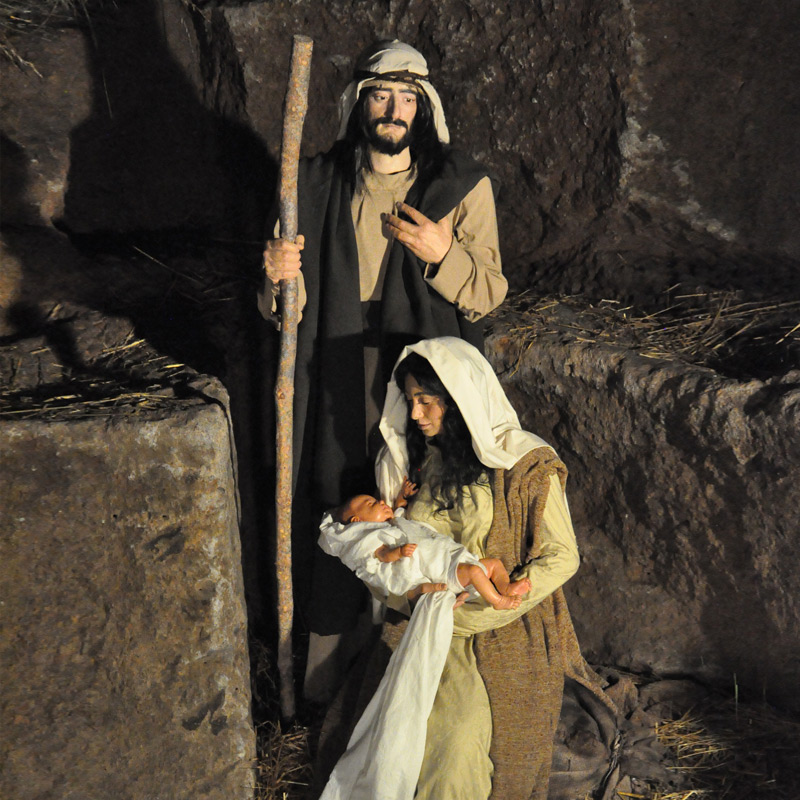 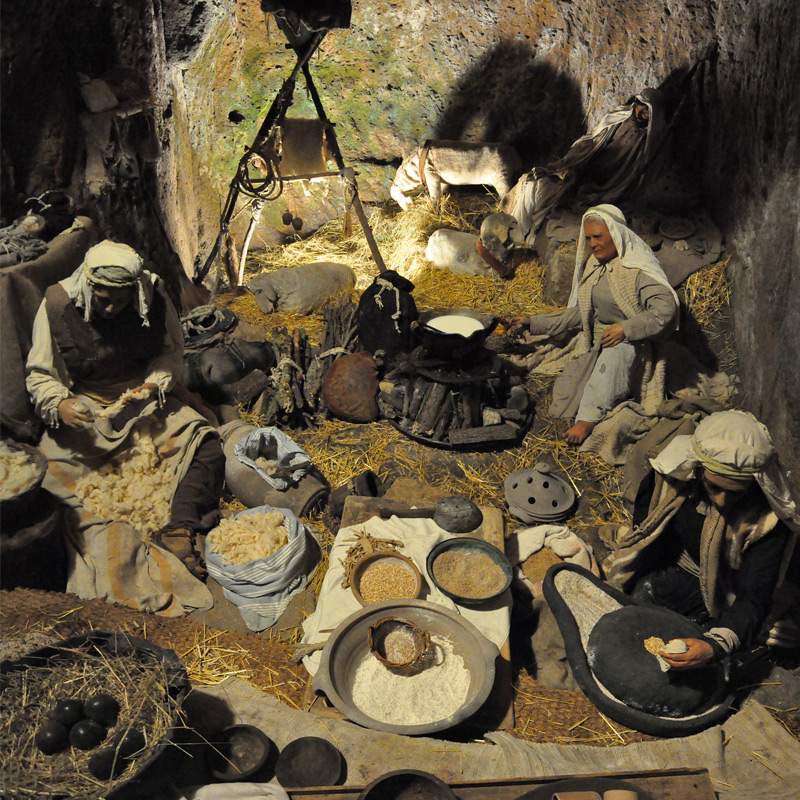 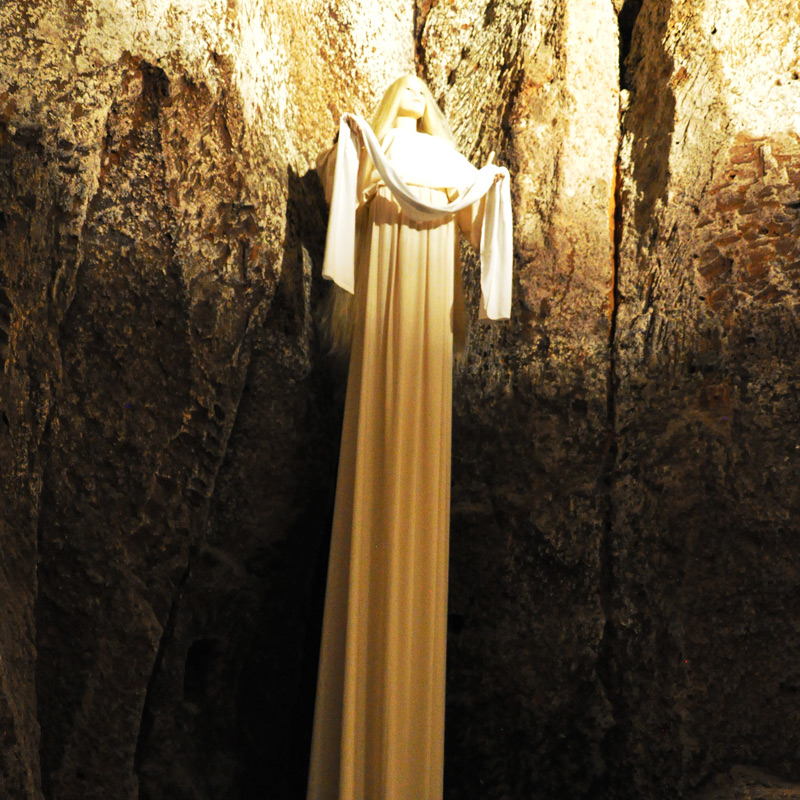 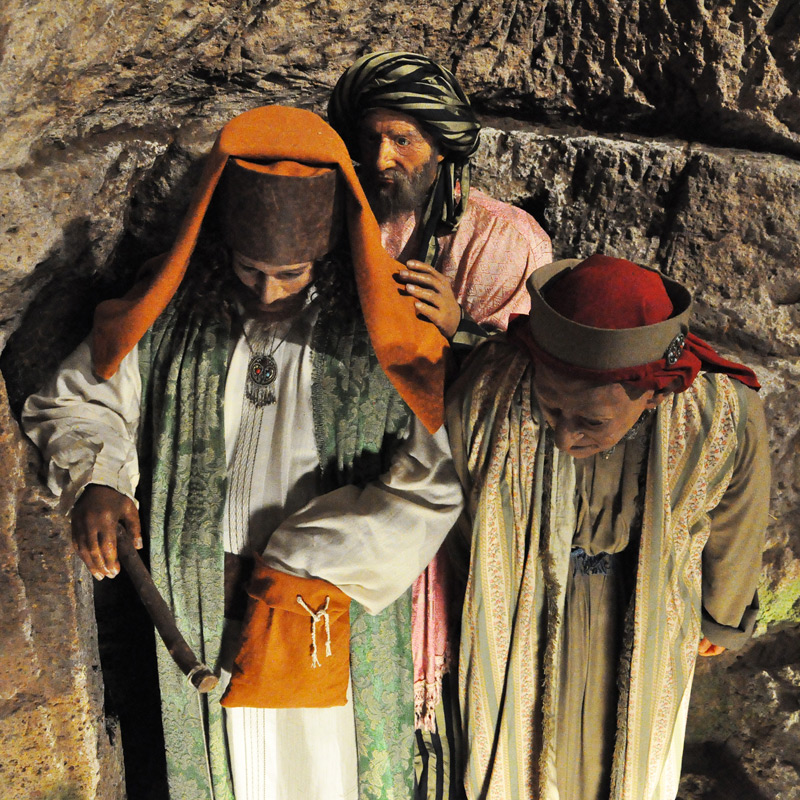 Be ye therefore merciful, as your Father also is merciful.Judge not, and ye shall not be judged: condemn not, and ye shall not be condemned; forgive, and ye shall be forgiven, give, and it shall be given unto you Lk 6, 36-38
In my life I gave scandal many, continuing undaunted on my way despite the most cruel and ruthless slander. I tried to explain that God’s love is a gift to be received, not a reward to be earned. God loves, and he does not reward not punish. Because God saves and does not judge, does not look at the merits, but the needs of her sons. It is not true that man must be pure and worthy to receive the Lord, but welcoming the Lord who makes him worthy and purifies him. In the love and in sharing is the full joy, and you can reach it here on earth. But all this, two thousand years ago, it was a scandal, and for too many people it still is today. Love is scandalous because it sets us free, it is not powerful such as fear. I only ever proclaimed love, despite what they told me and they tried to get me to say. I am the man of the scandal, a scandal called Mercy. 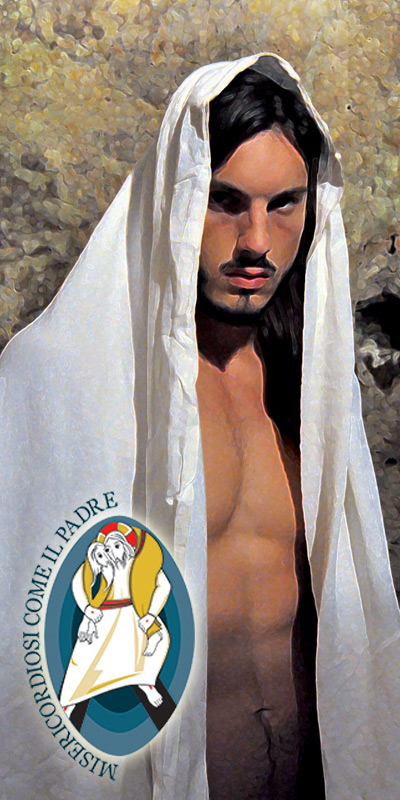