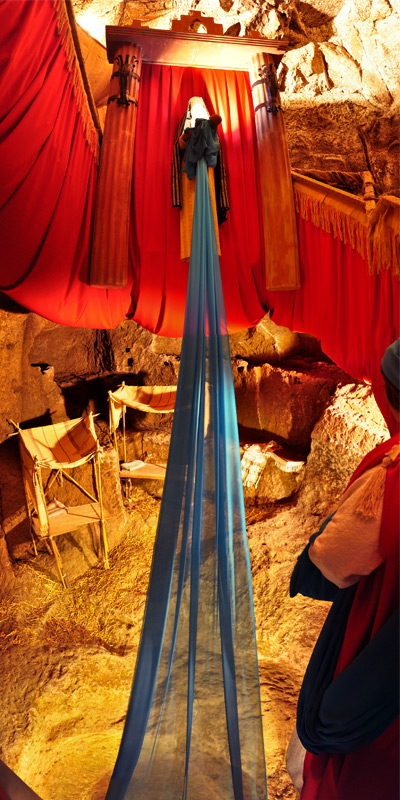 The 28th Crib in the Well opened the “witnesses” line, in which some secondary characters tell the Nativity from their point of view. The first narrator was Anna, Phanuel’s daughter, an old prophetess, a widow who has always been education of the girls entrusted to the Temple of Jerusalem, including a very young Mary of Nazareth. She tells us about the forty days between the first Christmas and the presentation of Jesus at the Temple. The prophetess attended the meeting between Simeon and the child Jesus, without however fully understanding the joy and serenity of the old prophet, who was happy, after that mystical episode, to hand over his life to the Almighty. She would have taken a long time to understand the meaning of Salvation and the power of Faith.

Shalom! I’m Anna, Phanuel’s daughter, and I lived in Jerusalem twenty centuries ago. At the time of the events I am about to tell you, I was already 84 years old. Although everyone calls me “the prophetess”, there was a prophet, in the Temple, much older and wiser than me. His name was Simeon, and I want to tell you about his last forty days. I knew Simeon called the “old one” when, at the moment that I became widow at the age of twenty, I decided to dedicate my life to the Lord, to serve him with fasting and prayers. My task was to educate the girls who were entrusted to the Temple. One morning Simeon was particularly upset, he knew about the arrival of a special maiden, her name was Mary and she came from Nazareth. We both knew that her life would be crossed by the Word of God as a sword pierces the flesh. That day Simeon revealed me the secret I am about to tell you. Simeon told me that he had received the awaited of the prophecies; he would be remain alive long enough to be able to meet the man who would be the salvation of all the people. 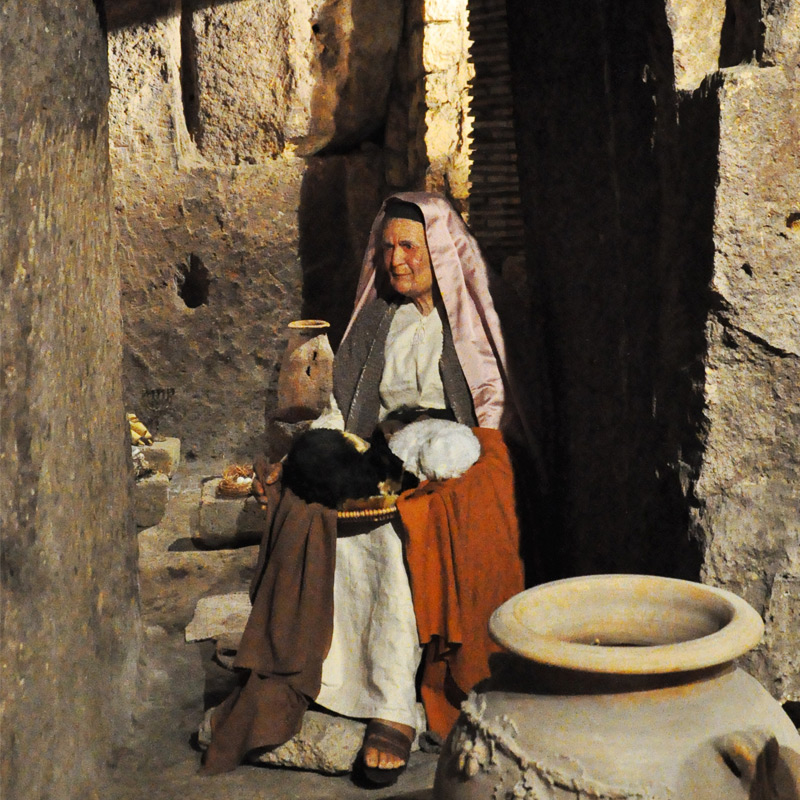 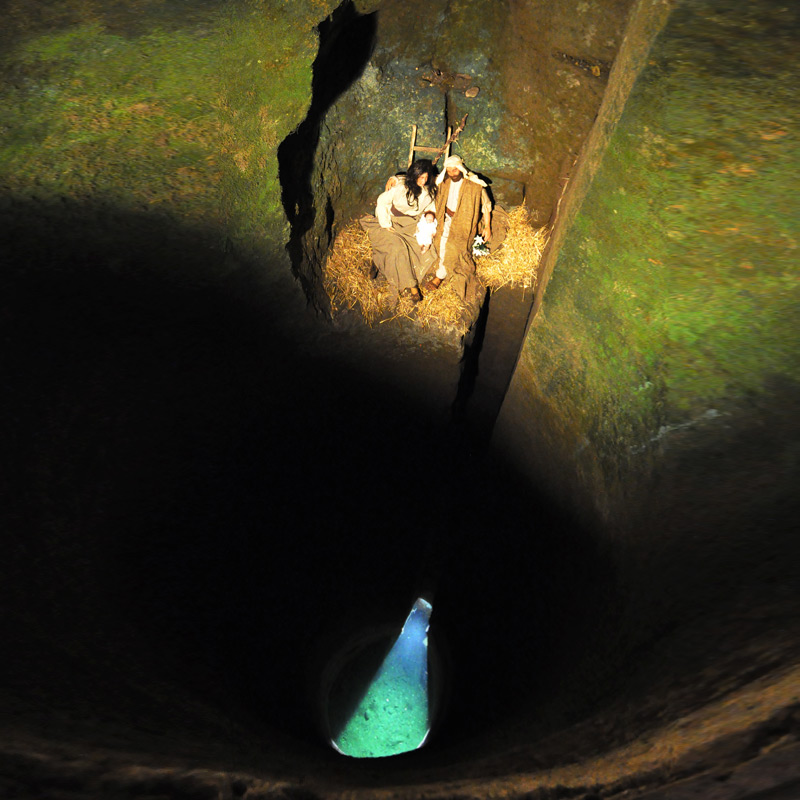 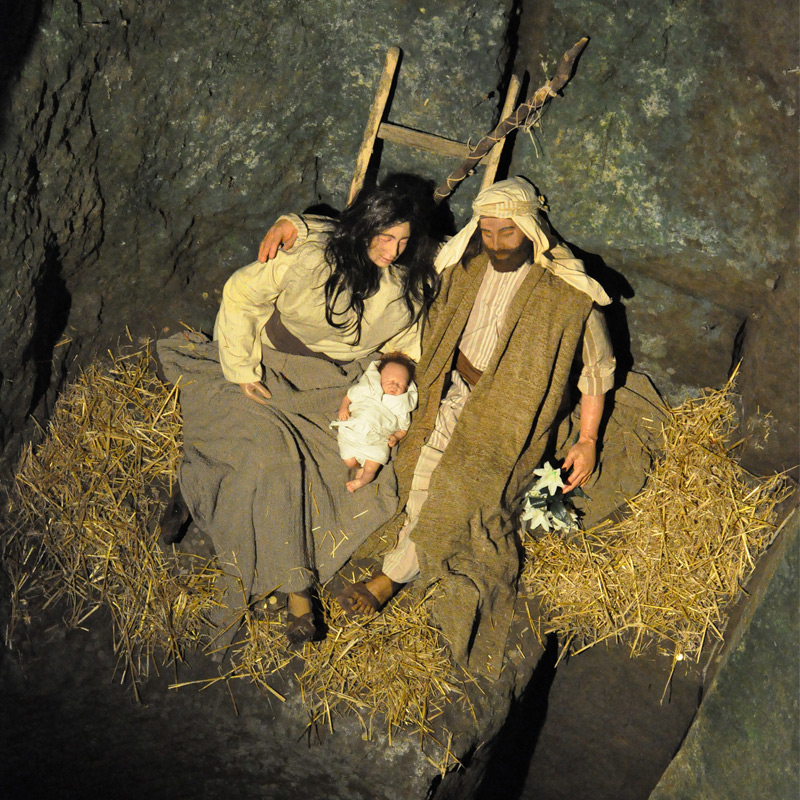 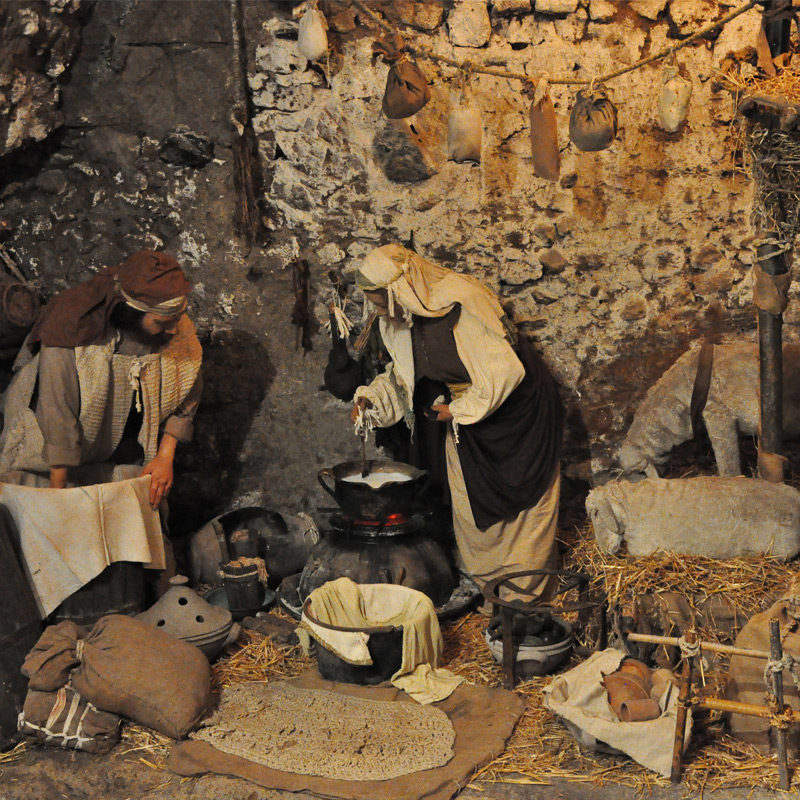 We both knew that the Messiah would come to the world in a cavern in Bethlehem, and that he would be called Jesus. His mother was Mary of Nazareth, the most skilled and devoted spinner of the finest red byssus drapes for the Holy of Holies that I have ever known. Simeon had predicted precisely the birth of Jesus, and he even knew that soon the shepherds would have been warned by an angel about  that birth. But he did not want to go to see the child, although I had prepared a chariot and some horses and proposed to escort him along with other servants. He preferred to remain in the Temple, praying and turning his eyes to the sky.
At exactly seven days after his birth, Jesus was circumcised *, like any Jewish child, although there was no need to make son of Abraham, the one who was already the Son of God. Simeon did not want to attend the ceremony. He remained in the Temple, praying and anticipating the moment of encounter. Even three magi who came from far away, had predicted the birth of Jesus, and walked following the star that all of us prophets were waiting. When the three wise men passed in front of the Temple, after having been to Herod, the old Simeon stopped them and he showed the way to Nazareth, recommending not to go back to the king. The three astrologers had offered to take him with them to visit the child, but even that time Simeon didn’t leave the Temple. Simeon knew that an angel warned Mary and Joseph, her husband, to run away, to avoid Herod, who, alerted by the wise men, wanted to kill the child. But even then, the wise old man feared of not being able to see Jesus. 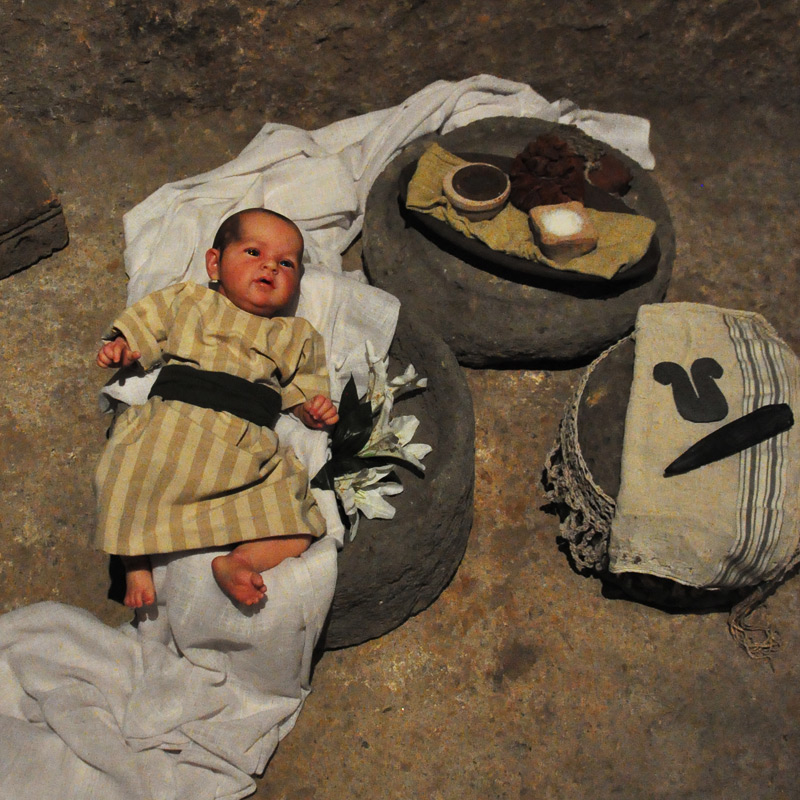 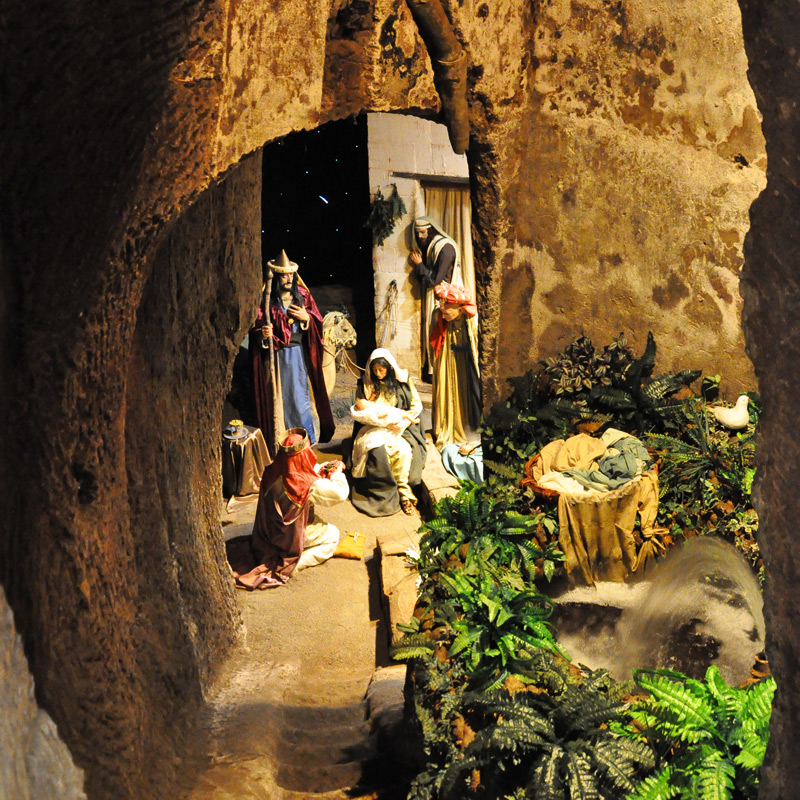 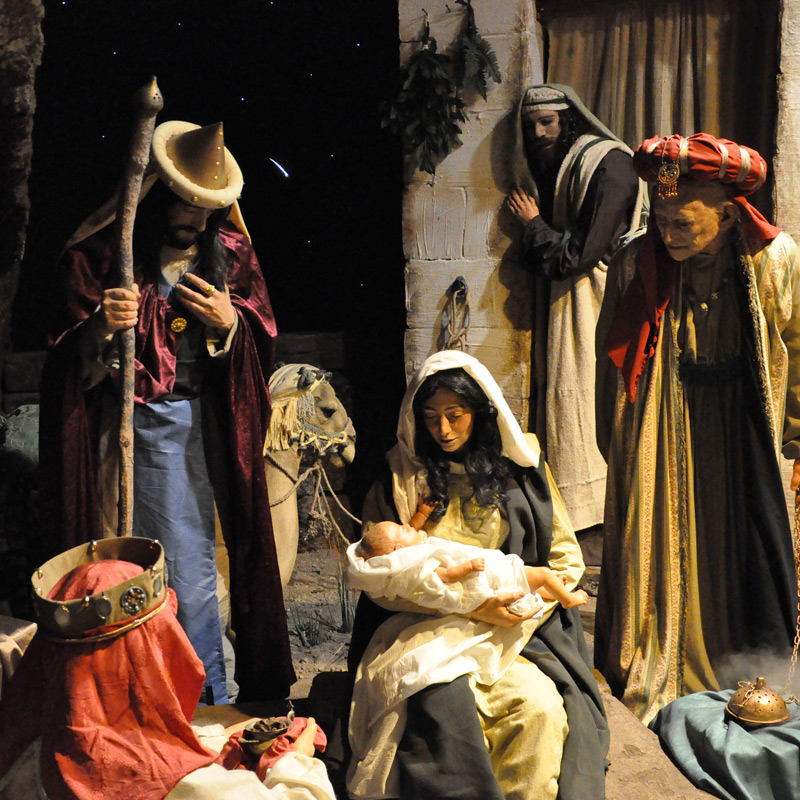 He knew that, before heading off to Egypt,  all three would pass the Temple like any couple who had had a baby. Mary didn’t have to purify herself, since she had given birth as a virgin. Joseph didn’t have to redeem the firstborn, offering him to the Temple and buying back him, because that son would always belong to the heavenly Father. Jesus was not to be consecrated to the Temple, because he was already sanctified by the Holy Spirit. Yet Mary and Joseph brought the child to the Temple of Jerusalem, carrying two doves, the offer reserved for the poor.

* By the Second Vatican Council, the feast of Jesus’ circumcision, which is on January 1, has been replaced with the feast of Mary Most Holy Mother of God

It was the dawn of the fortieth day after the birth of Jesus. Mary and Joseph came to the Temple early, before the money changers and merchants. Not even the priests had come down in the courtyards, just Simeon the old man was waiting for them at the door. I didn’t sleep all night so I couldn’t miss their arrival. It was then that I understood why the old man had waited so long. The meeting with that child was worth more than all the years passed to praise the Lord and to make sacrifices. The face of God, denied to Moses, became visible to all. The Almighty had become small and helpless and he was in her arms. Simeon was rapt in ecstasy, contemplating the Light of the Nations*. It was then that I heard distinctly his soul singing.

* Even today there is the tradition of blessing small candles as a symbol of Jesus Light of the World, on the feast of the Presentation in the Temple; for this reason the festivity is commonly known as “Candlemas” 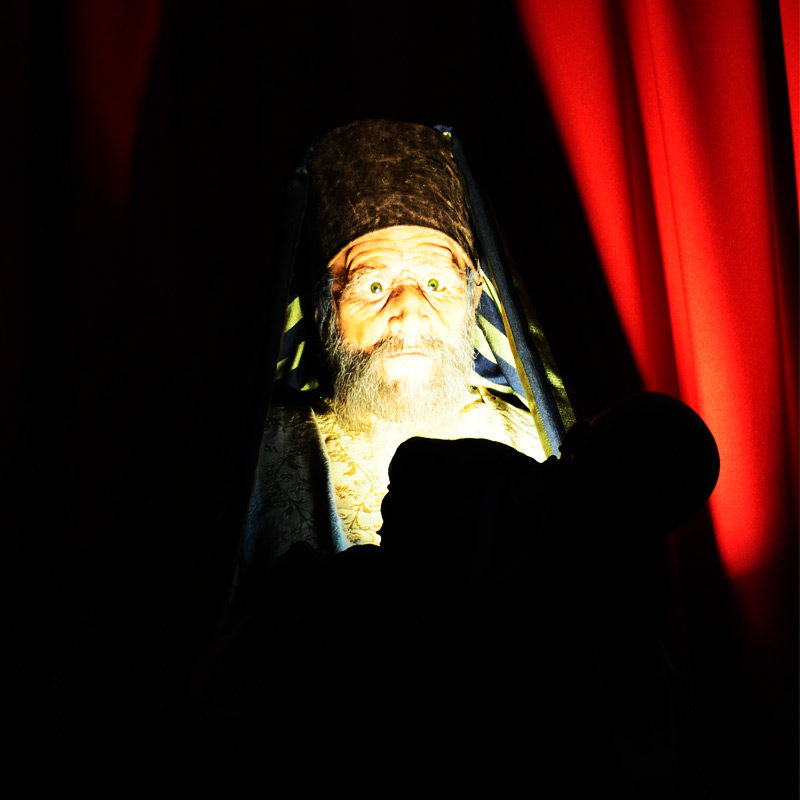 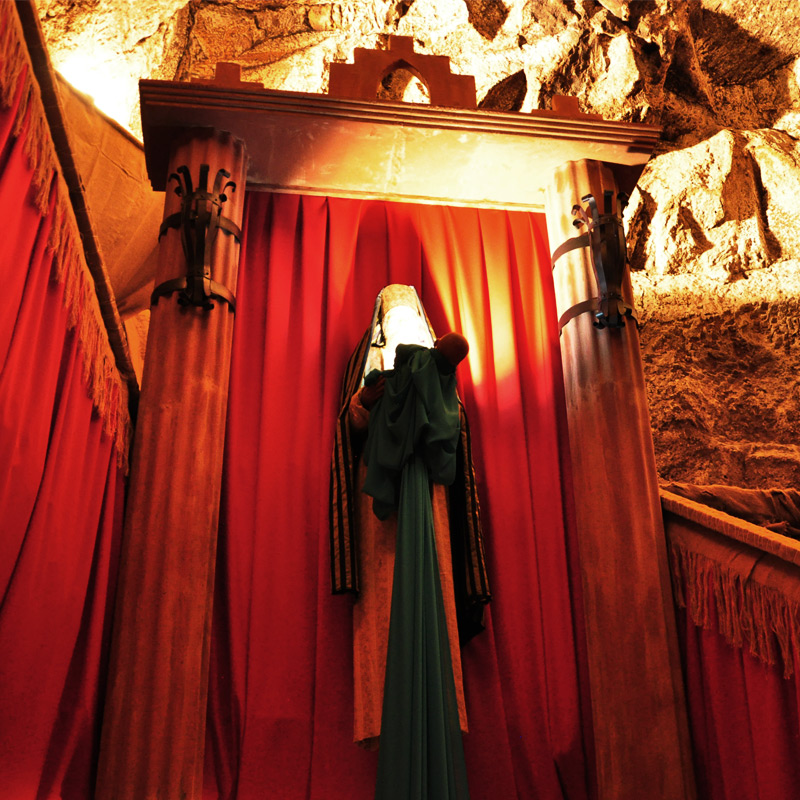 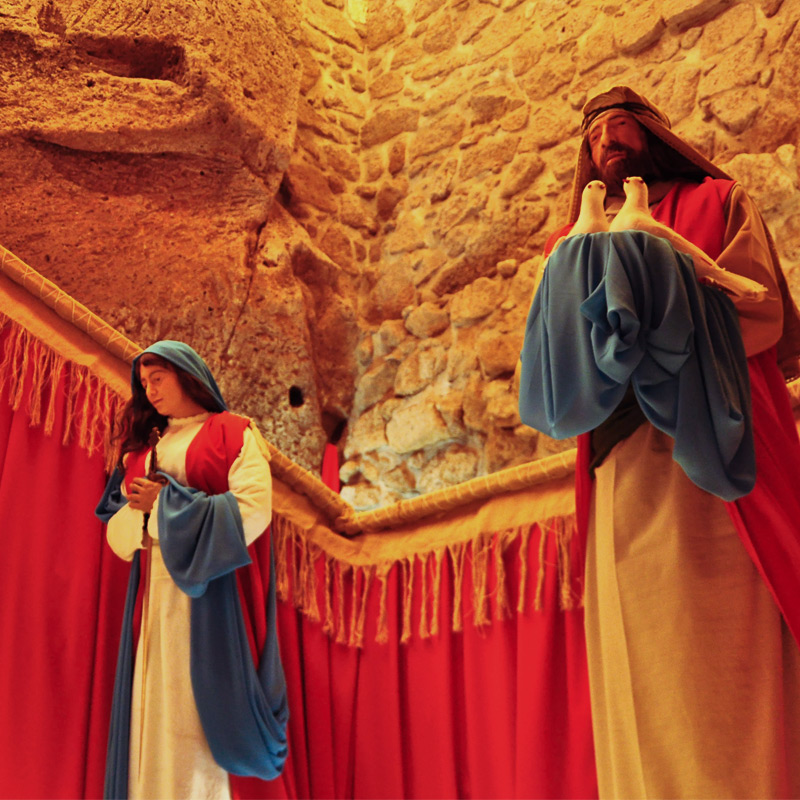 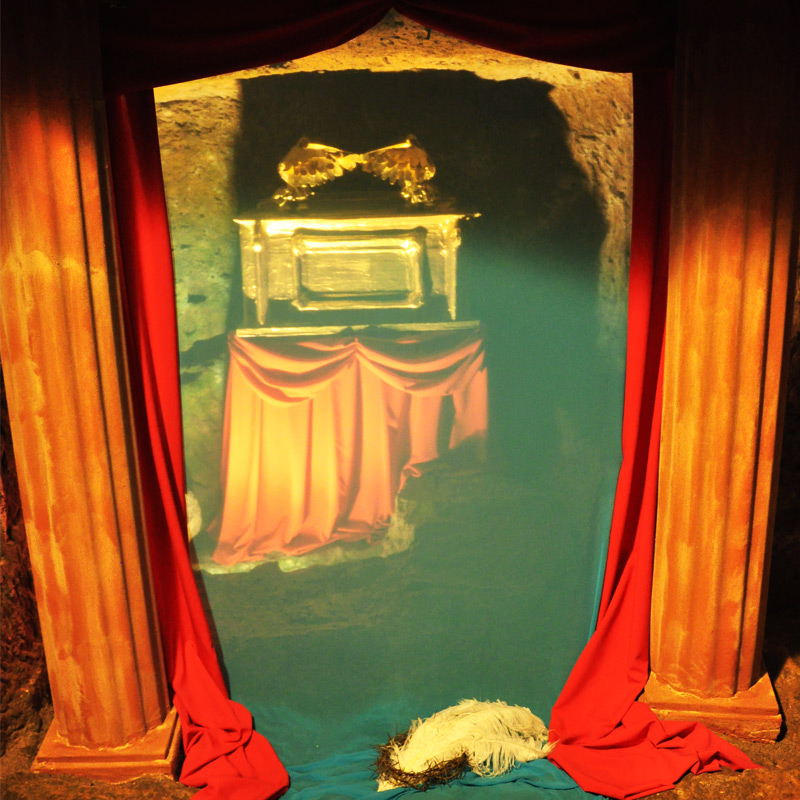 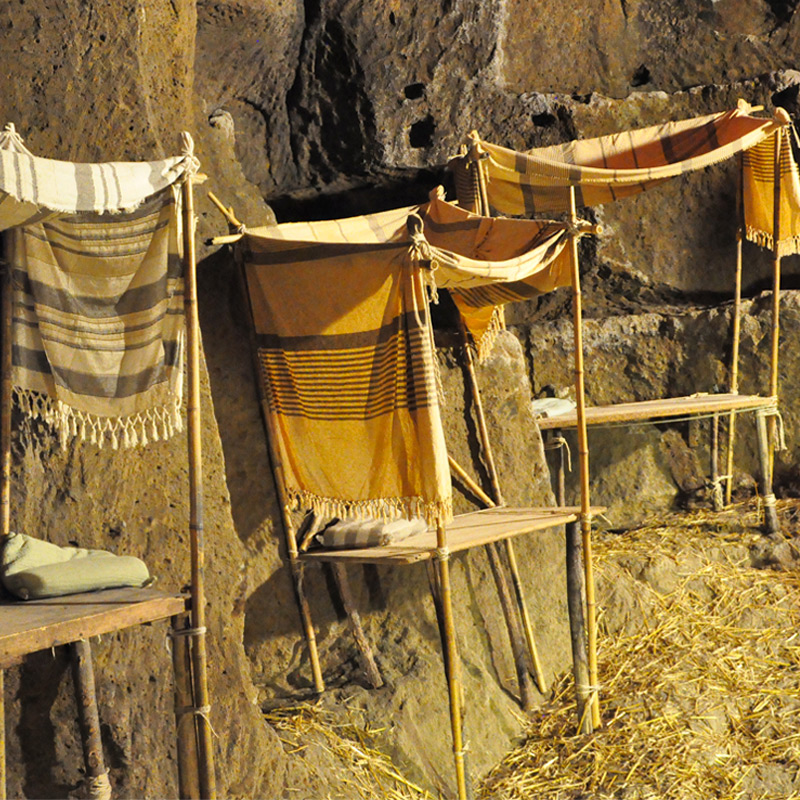 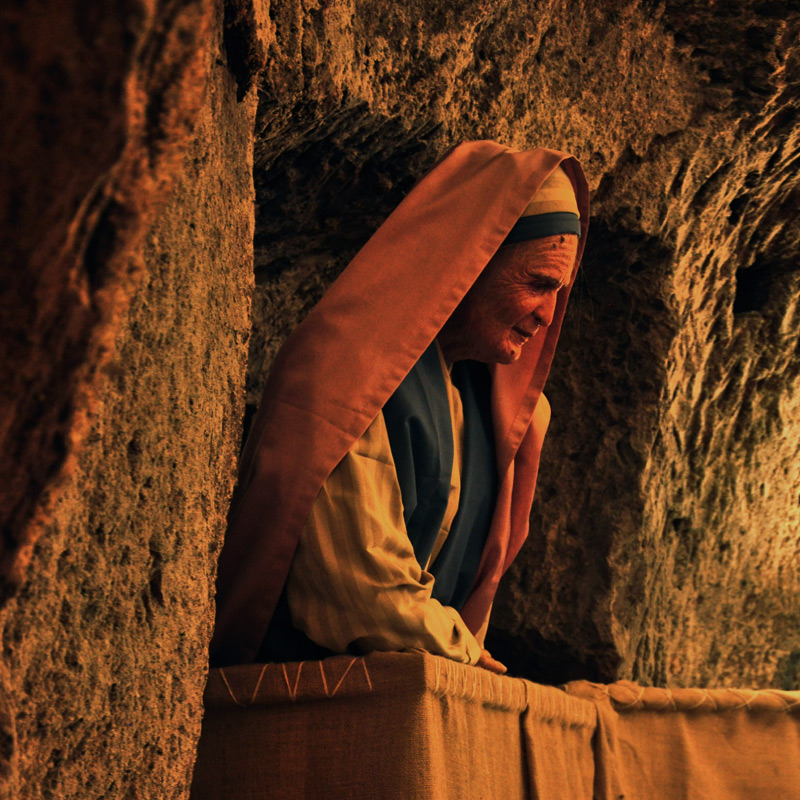 Simeon, tired of days and stories, thanked the Lord for this meeting, putting his own life in his hands. Before closing his eyes, however, he announced to Mary that a sword would have gone through life: the sword was the Word of God, the God who became a child would be a sign of contradiction. After several years I saw Jesus again in Jerusalem, first triumphantly welcomed, then betrayed, bound, scourged, filled with spit and slanders, crucified and ridiculed. I also saw Mary of Nazareth, who had become his first disciple, impassive witness to the torture and crucifixion, lthough it appeared that the Almighty had abandoned her. Where was the angel who gave her the announcement? What was the point of  the virginal birth? What was the sense of jubilation of the shepherds? And of the magi’s adoration? Where was the much-vaunted kingdom of God? Three days passed and all my doubts vanished, every cloud was dissipated. It was then that I realized why I was still lived so long and I was serene to deliver my life to God. It was true that Simeon was a better prophet than me: I spent thirty-three years to understand the meaning of salvation, he needed just forty days. 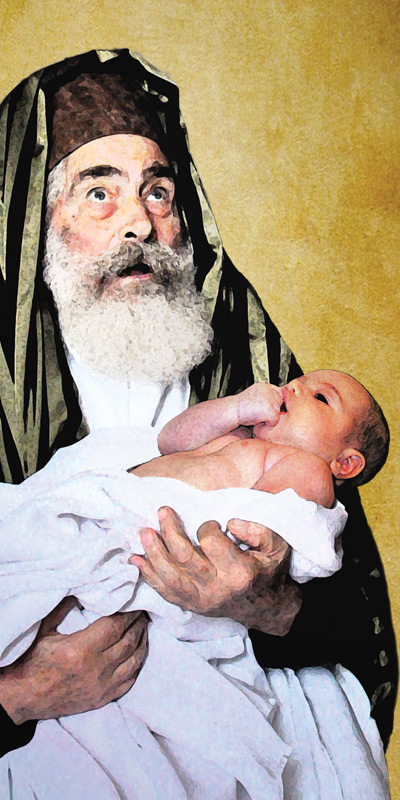