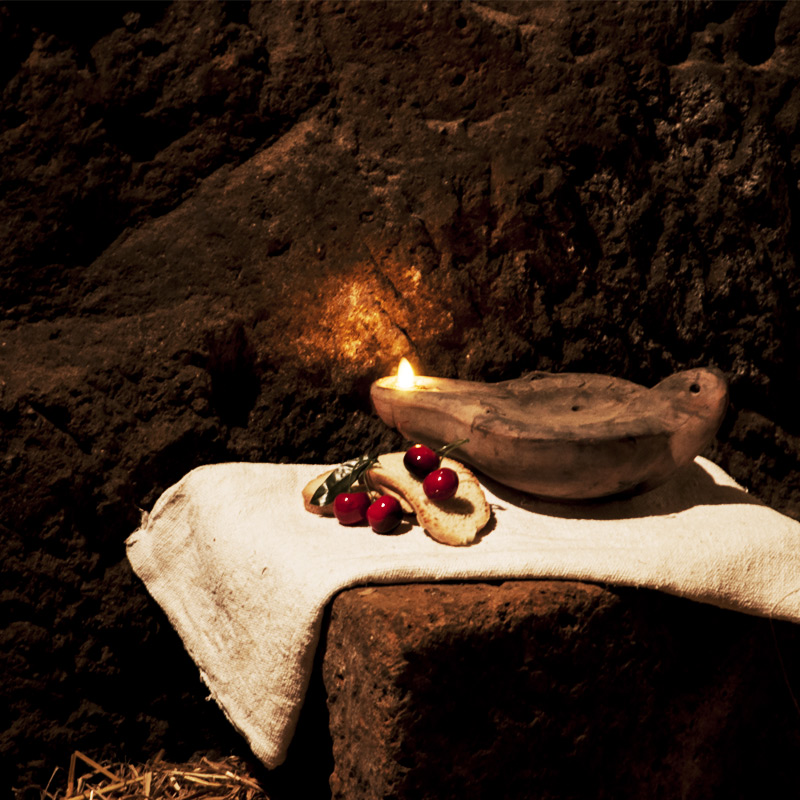 Spacing between the canonical and apocryphal Gospels, with intense references to the Jewish tradition of the origins, we followed the Virgin’s pregnancy to the point of childbirth (and beyond) having Zohara, the donkey of the house of Mary, as her narrative voice, and bread and cherries, (hich represent, among other things, the wish for a long, rich and serene life) as main theme. Thus was born the second Christmas crib of the cycle of the “Witnesses”.

Shalom! I am Zohara and, as you can see, I am a donkey! At the time of the events I am about to tell you, I was a young filly, just bought at the fair in Cana by Joachim of Nazareth, to make me the dowry of his daughter Mary, whom everyone called “Duvdevan”, which means “cherry”, both because she was very greedy, both because she was so shy that her cheeks often turned red like ripe cherries. I don’t know if you know that we donkeys, with our long ears, we can hear the voice of the angels. When we stop suddenly and do not obey the commands of our master, it is not because we are stubborn and stupid, but it is because we are feeling something supernatural, which escapes the senses of you humans. When I arrived at Mary’s house I had already listened to angels, but no one had a sweet and decisive voice like the one that appeared to my young mistress. I was there, I heard all his message and I cried for the emotion: it was the first time that a celestial creature announced a birth to a woman. And that woman was my young mistress. And that birth was the birth of births. 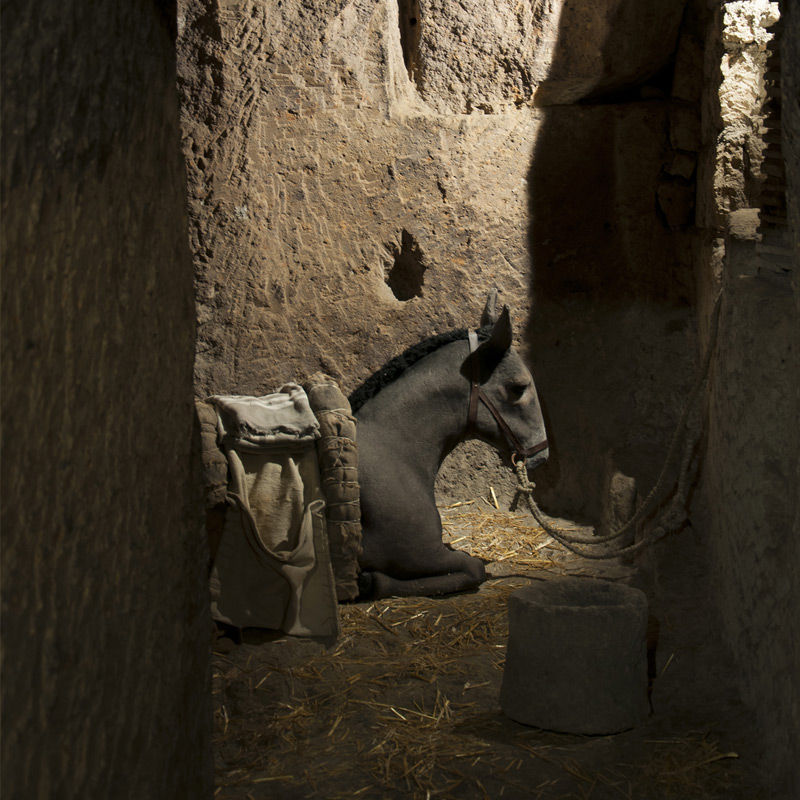 Mary had a peaceful pregnancy. Like many pregnant girls he had cravings: every day she hungered for bread and cherries, her favorite food. Nobody could explain how she could always find a tree with a base of ripe cherries, even in the coldest months. Of course there were no mysteries for me and the other donkeys: we could easily hear the song of the angel that preceded her steps. When I took Mary to her cousin Elizabeth, Zachariah’s donkey told me that there too, an angel had appeared there several months earlier to announce the birth of a son. Mary assisted her old relative during the birth and helped her to look after the little John. Zachariah reserved for her the honor of keeping his son in her arms during the circumcision ceremony. When we returned to Nazareth, Joseph did not want to take me to his house, as it was right to do with the dowry of the bride. He refused me and decided to repudiate Mary, because she was pregnant. One night I was awakened by strange sounds that came from Joseph’s house. My stable was closed, but I tended my ear and distinctly heard the voice of an angel asking the carpenter not to repudiate Mary. 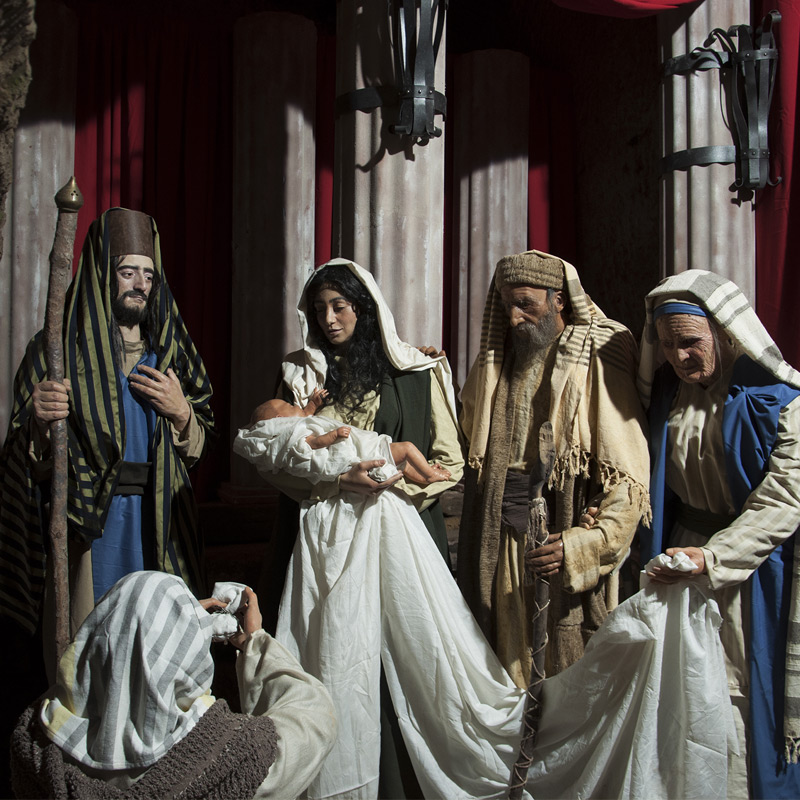 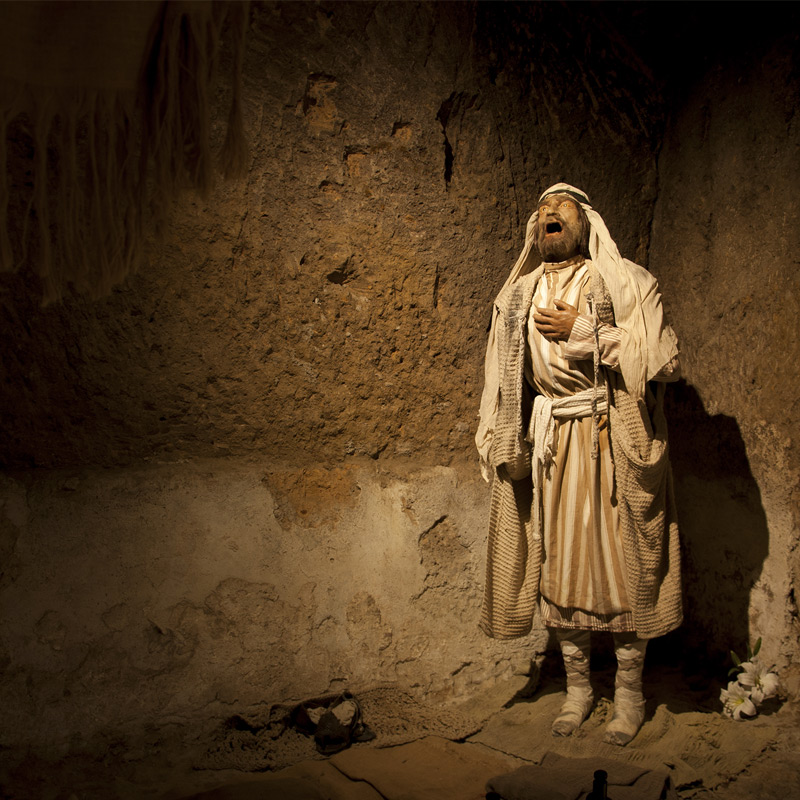 Joseph and Mary got married and, shortly thereafter, I accompanied them to Judea for the census. I took my mistress on my back, now at the end of her pregnancy. When labor began, we stopped in a stable near Bethlehem, because a woman in labor is unclean by the law of Yahweh and she can’t stay with the rest of the caravan. Naturally you know that it was an extraordinary night, with the angels who announced to the shepherds the birth of the Messiah saying: «You will find a baby wrapped snugly in strips of cloth, lying in a manger». That was the SIGN. But perhaps you never thought I was the first to see that sign. In the stable where we had found shelter, it was just me and Mary, while Joseph was looking for a midwife among the shepherds encamped around there. Only I have seen Mary give birth. Only I observed how sweet and determined that young woman cut the umbilical cord with the knife that had been left by Joseph. Only I heard her sing while she was cradling Jesus. His voice joined those of the angels and a simple lullaby became a hymn to life and hope. 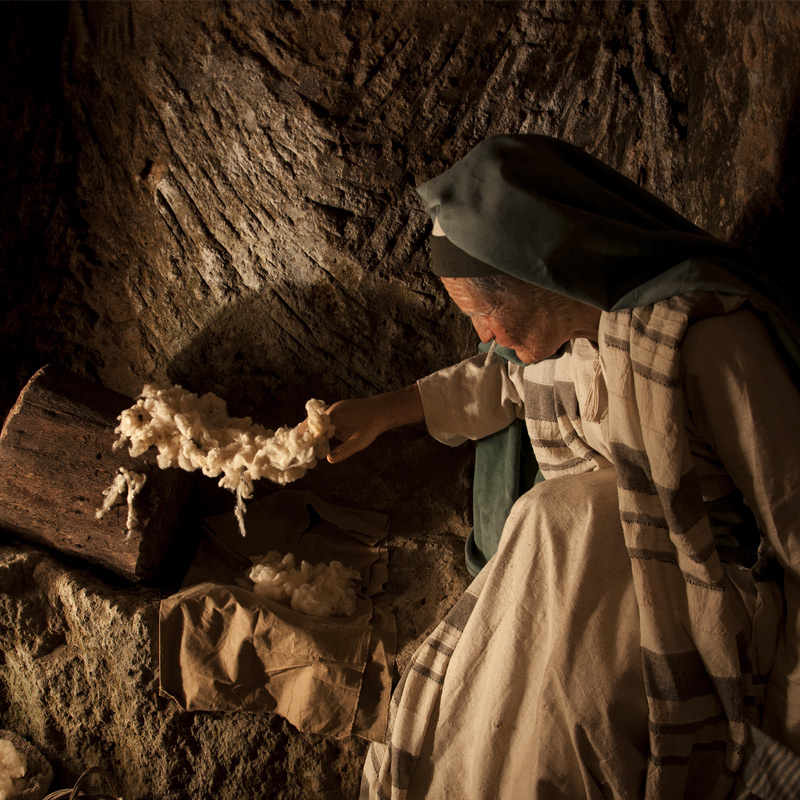 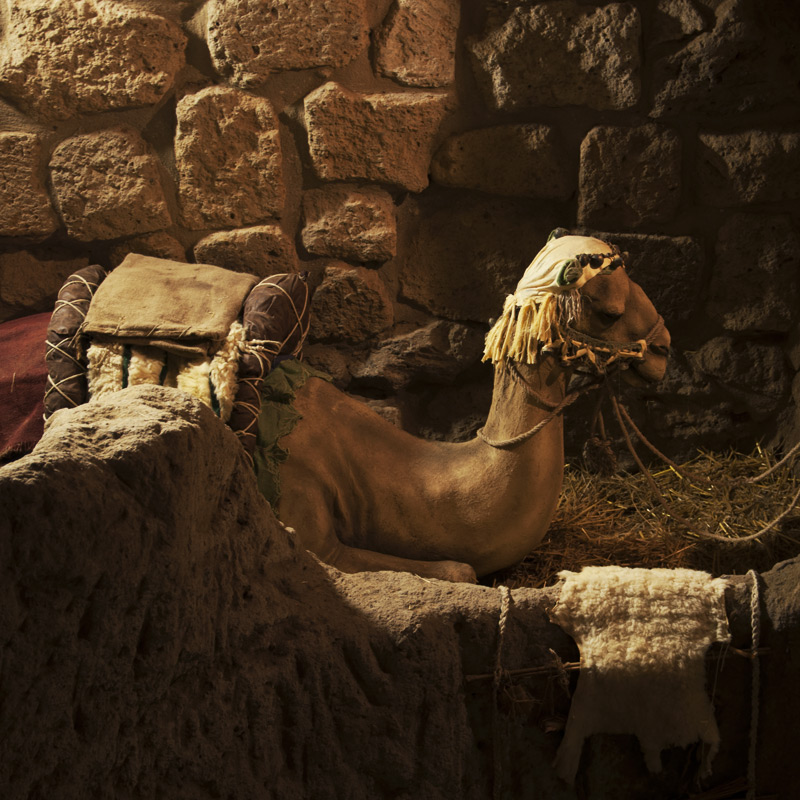 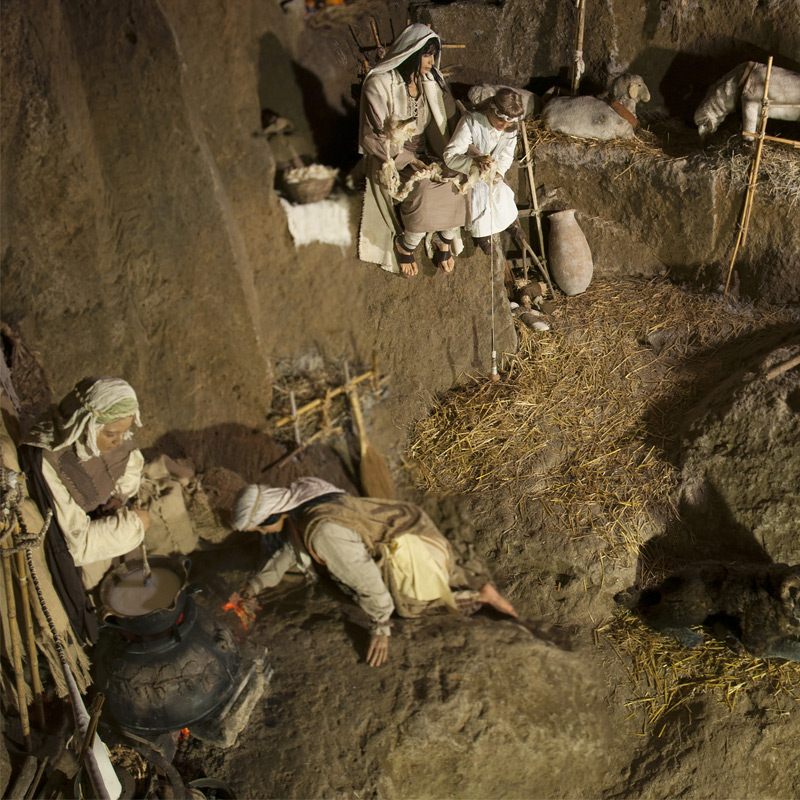 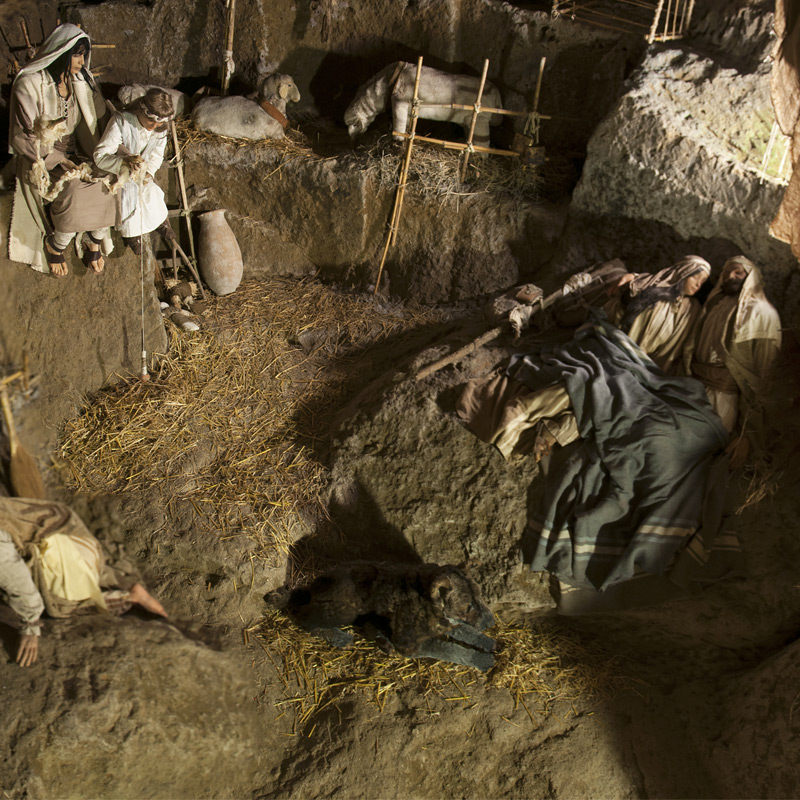 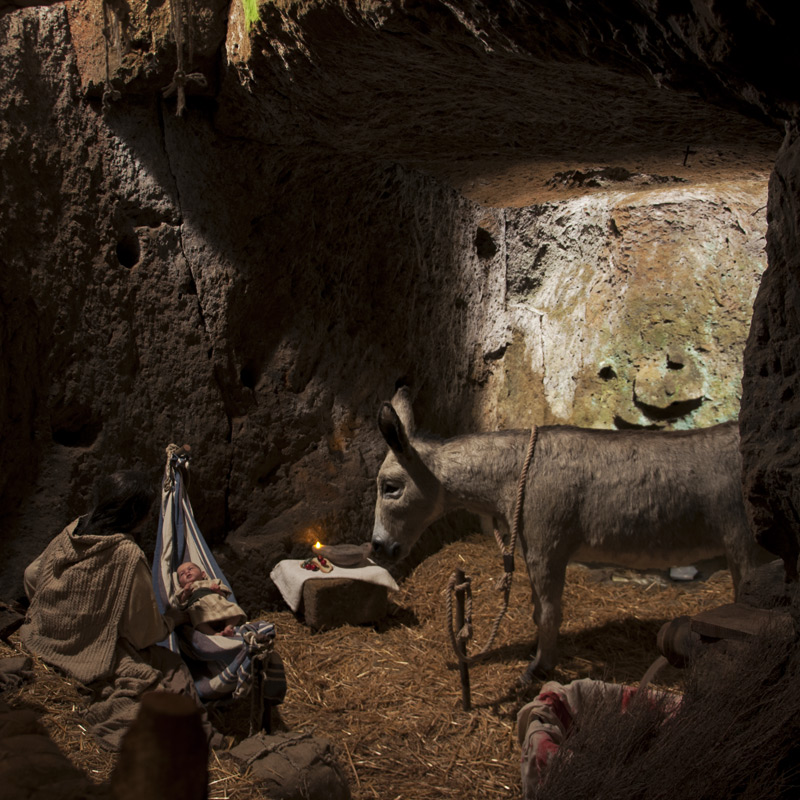 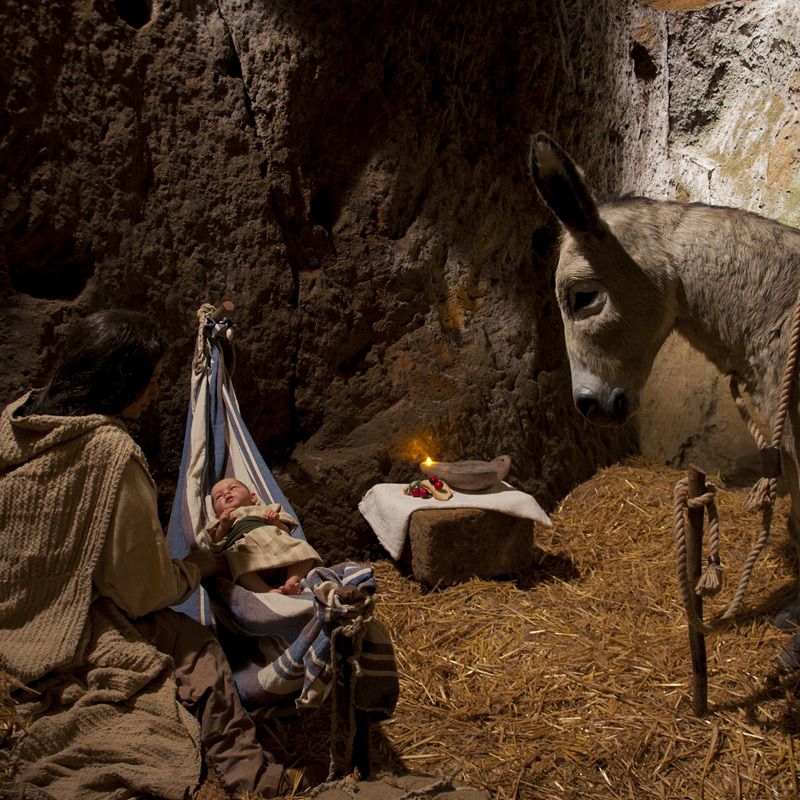 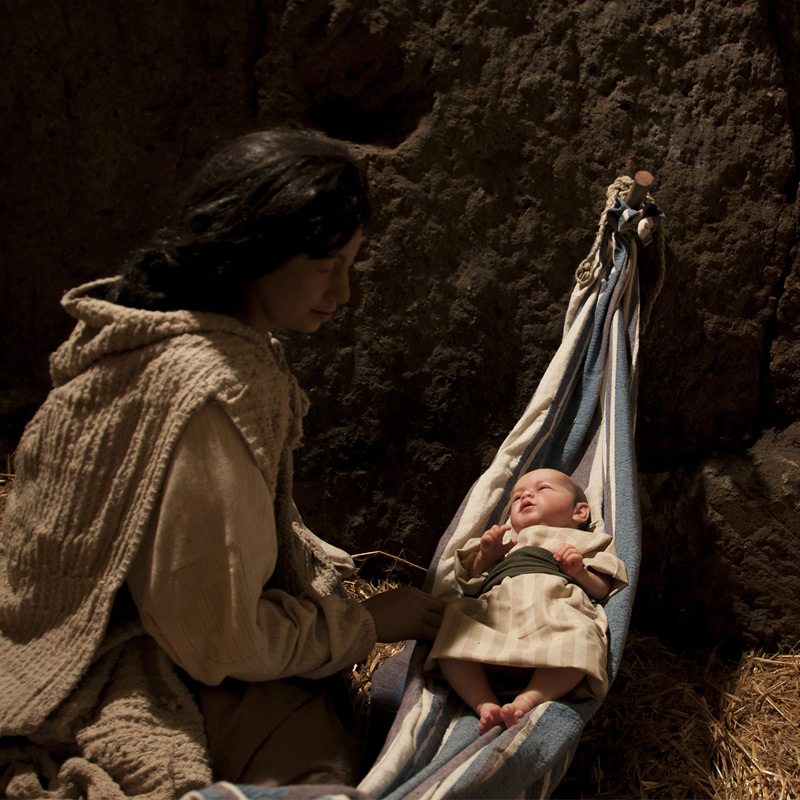 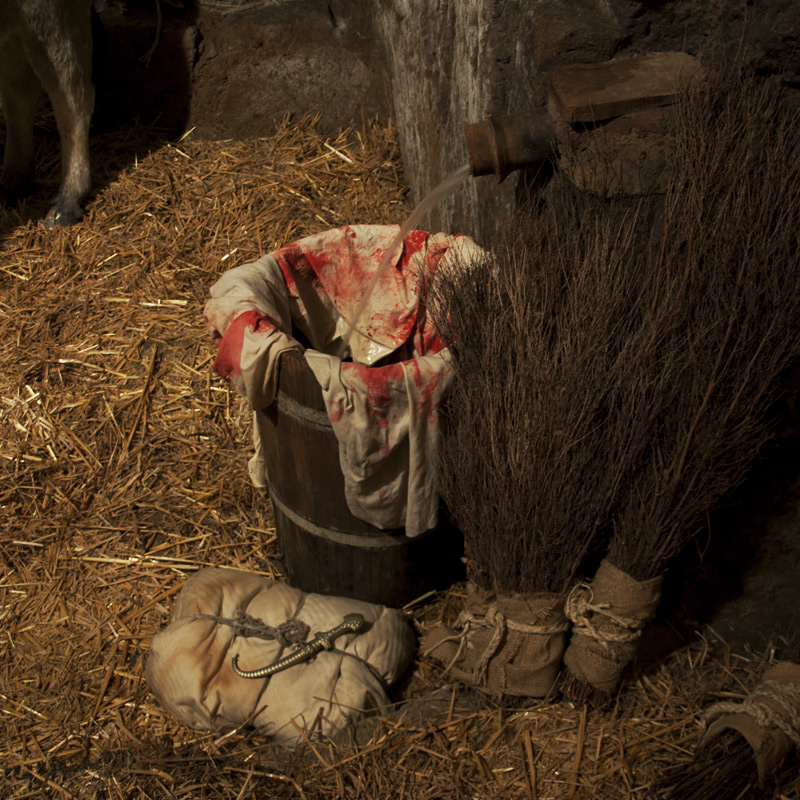 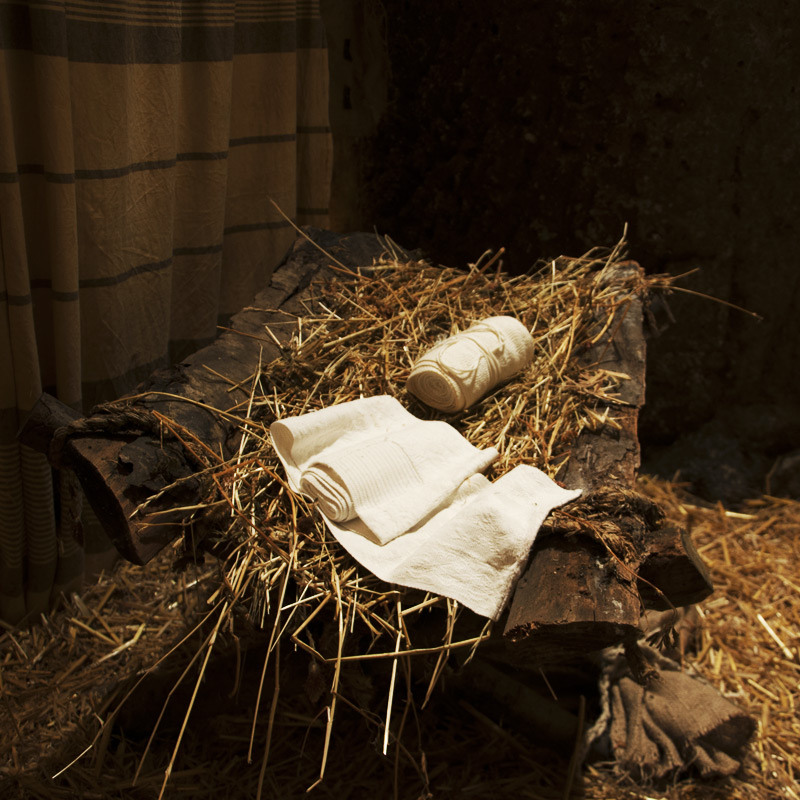 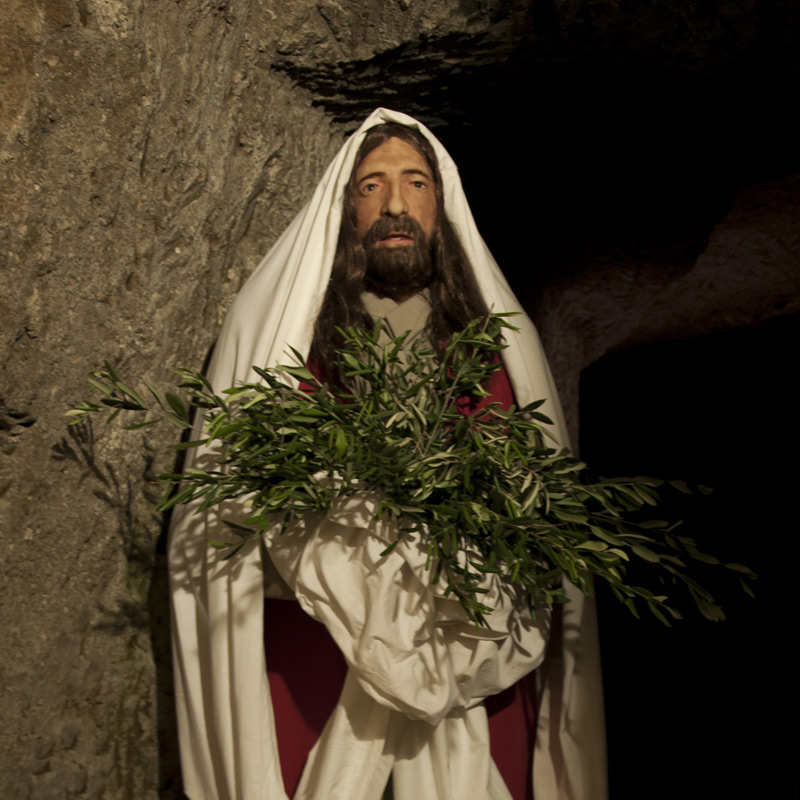 I thought that that was the most beautiful and most important day of my life, but I was wrong. Several years later I lived an even better day: when I gave birth to the little Siman, a robust and lively colt. And not much later I witnessed an even more important fact: Jesus entered Jerusalem on the back of my Siman. What a great pride for a mother to see her son fulfill the scriptures of the prophet Zechariah: «Shout for joy, O daughter Jerusalem! Behold: your king is coming to you, a just savior is he, Humble, and riding on a donkey, on a colt, the foal of a donkey».
That was the SIGN. 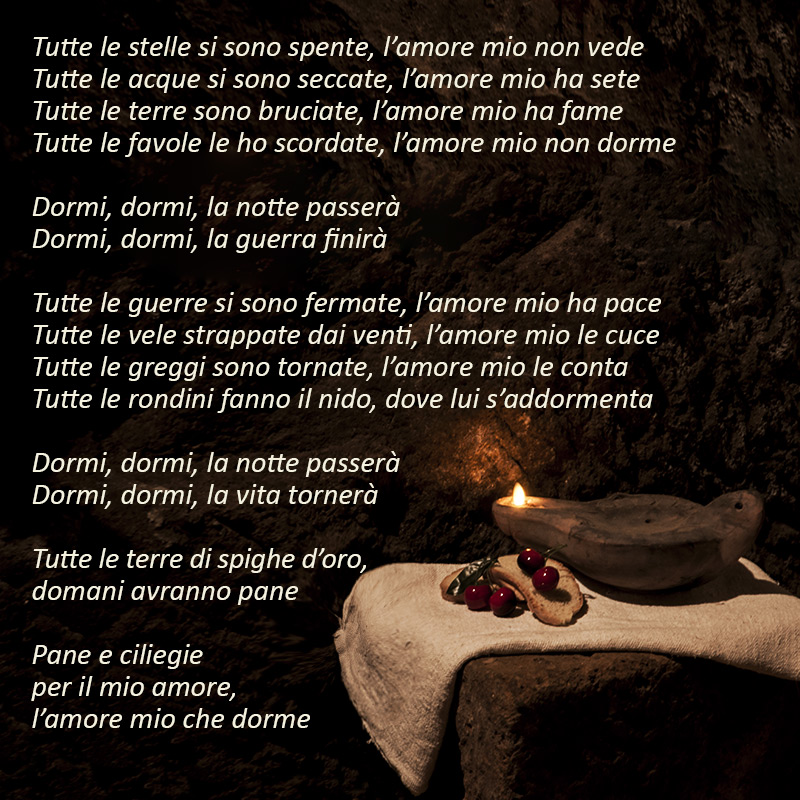