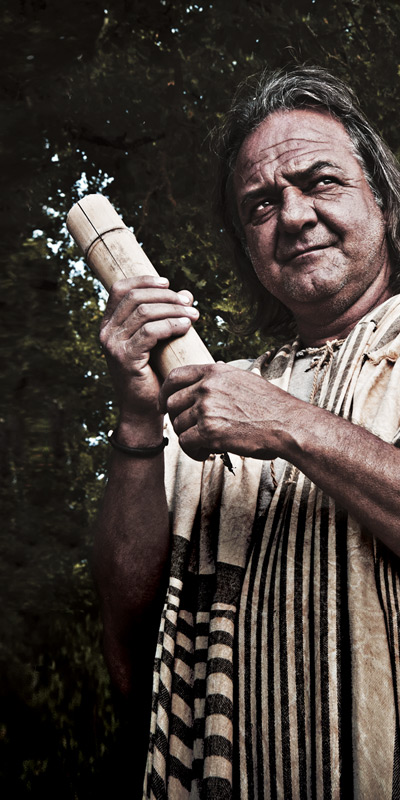 The fifth and last crib in the cycle of witnesses, postponed by a year due to the Covid-19 emergency, saw a truly unexpected narrator: the “Son of the Father”.

“Son of the Father”, in Aramaic “Bar-abbâ” ​​is the epithet with which Jesus was known (Yeshua Bar-abbâ), but also the name of his antagonist for the cross in the cruel ballot proposed by Pontius Pilate to the people of Jerusalem .
Our Barabbas, a bit of a thief and a bit of a sorcerer, a bit of a subversive and a bit of a profiteer, was anything but a stranger to Maria, with whom he had shared the first years of his life and the will to give peace and freedom. to the people of Israel.
He dreamed of becoming king and marrying Mary, but their paths split just when they were supposed to unite.

Shalom! My name is Barabbas, which in Aramaic means “son of the father”. This is the name that was given to the children of no one, abandoned by all. I don’t know where I was born, I just know that I grew up in the caves near Nazareth and since I was a child, I had two great desires that I absolutely wanted to satisfy. The first was to free my land from the Romans, to return Israel to its fate.

My second wish was to marry Mary, the daughter of Anna and Joachim of Nazareth. I had always known her, and right in front of her house I started to collect the first volunteers with whom to go to the reconquest of Jerusalem. I was there also that day when the Roman soldiers sacked the village. Maria tried to hide the synagogue’s seven-branched candlestick, but a soldier rushed on her to snatch it from her hand. Joachim, in order to deflect the blade that was about to hit his daughter, wounded one of the soldiers. He was immediately captured and taken to the Tarichea fortress to be crucified. 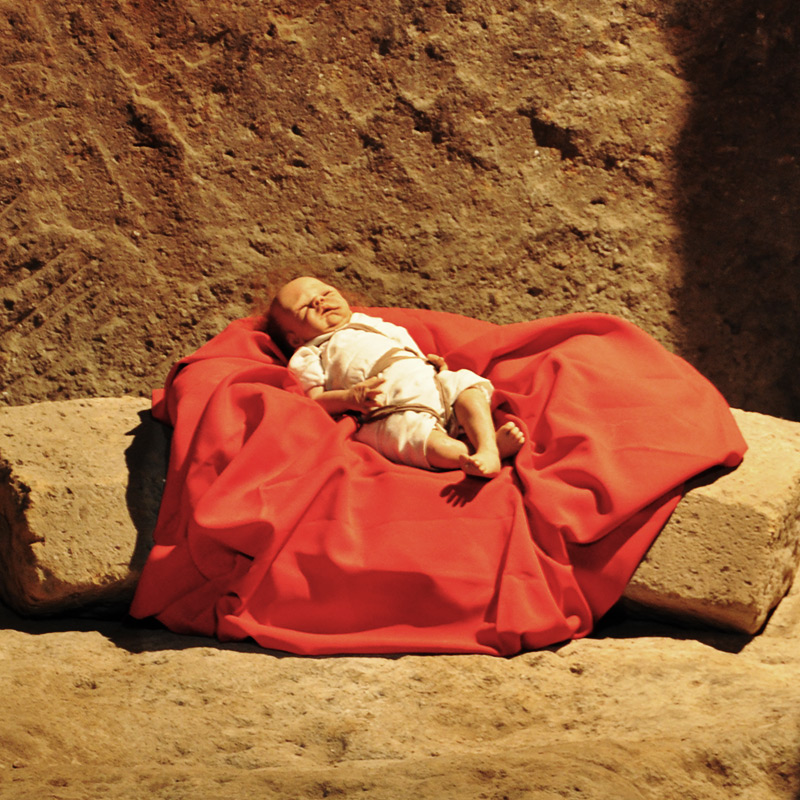 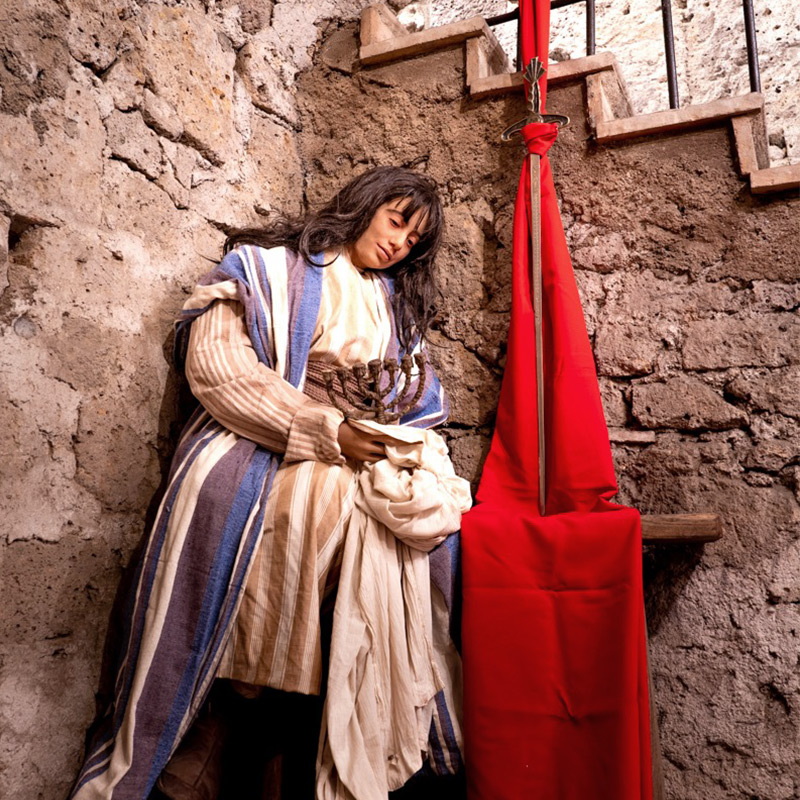 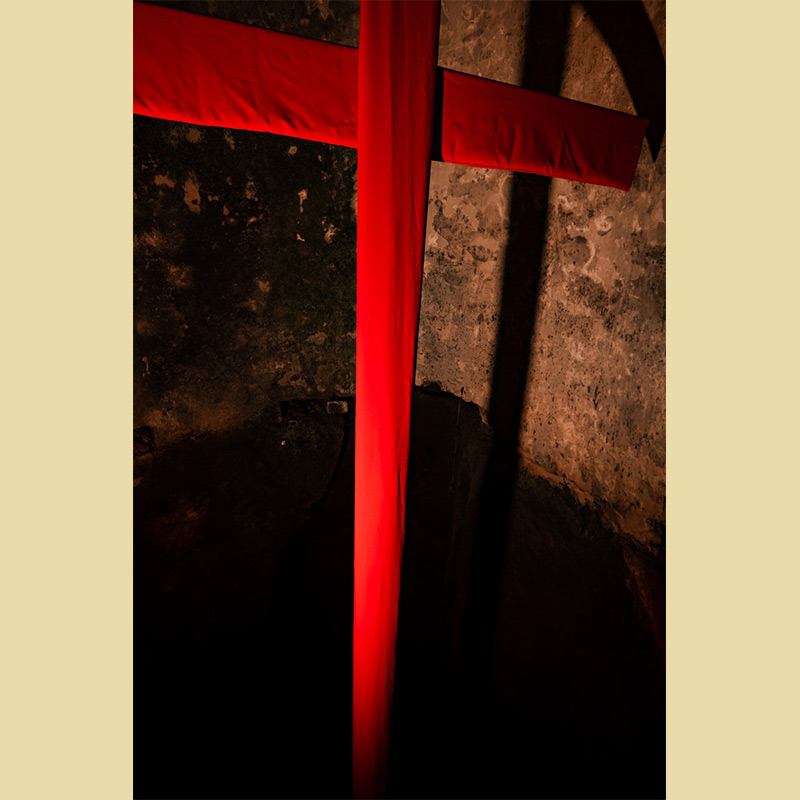 Night had fallen. Joachim had been crucified for some hours. The time had come to prove my worth to Mary and to test my little army, because it is a thousand times better to die fighting than to be humiliated on the cross. Two of us, a few hours earlier, had managed to throw with the slingshot a mixture of soporific herbs into the water buckets where the Roman soldiers soaked the sponges to make the condemned drink. Four others set fire to the guards’ barracks. Some friends and I jumped inside the fortress, removed sleeping Joachim from the cross and crossed the lake on the boats of some fishermen, taking advantage of the turmoil created by the fire.
Joachim was transported to the caves of the Essenes, a community of men only dedicated to prayer. From there came one of my best “soldiers”, Joseph of Arimathea, who had taught me all the secrets of medicinal herbs and berries, infusions and potions. For the first time it was he who cured Joachim, whom the Essenes now called “the resurrected one”, because he had awakened after three days in which he seemed dead.

In a short time in Judea, Galilee and Samaria they were talking about me: I had made fun of the Romans, I could only be the long-awaited Messiah. Because of this sudden notoriety, I had to go into hiding with my small handful of faithful. Maria stayed with Joachim, who continued his convalescence at the home of an elderly couple of relatives: Zacharias and Elizabeth. At the time of our farewell, I promised her that I would return as King of Israel and that I would finally ask for her hand. She replied that she was not born to be married to a man. But I was convinced that I would be able to change her mind. 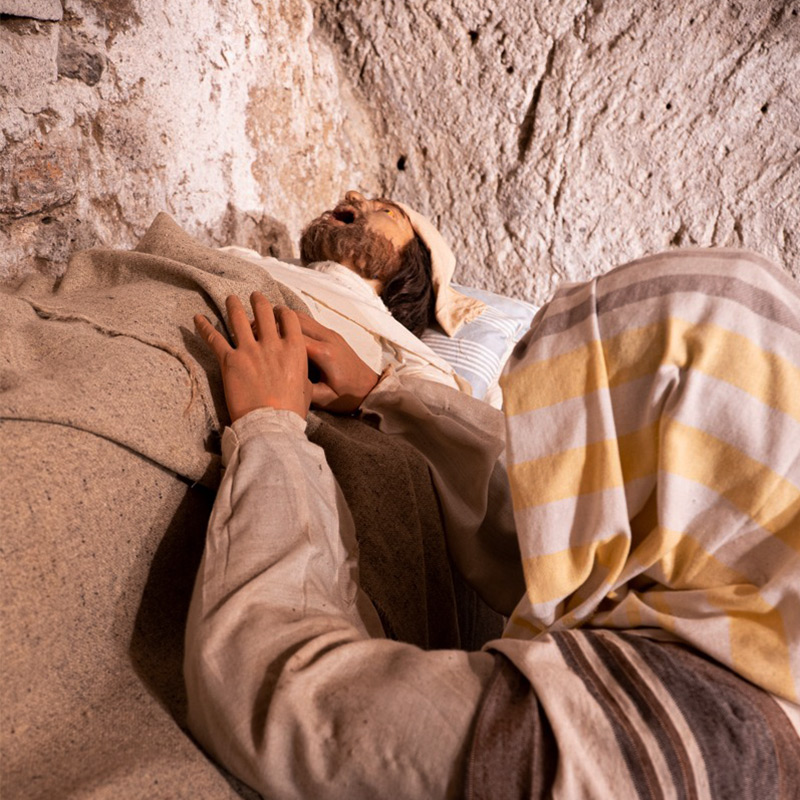 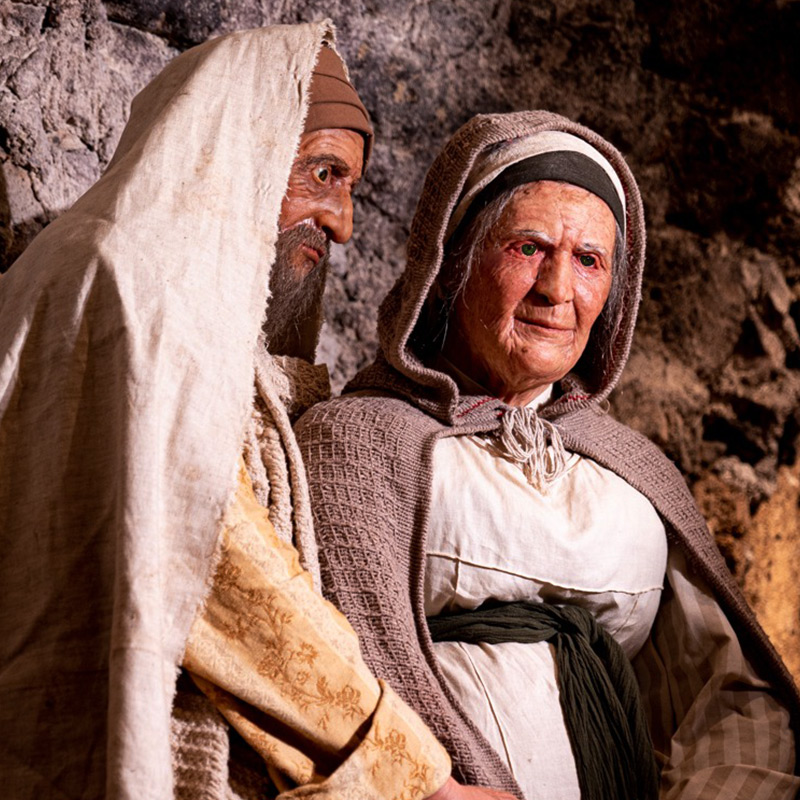 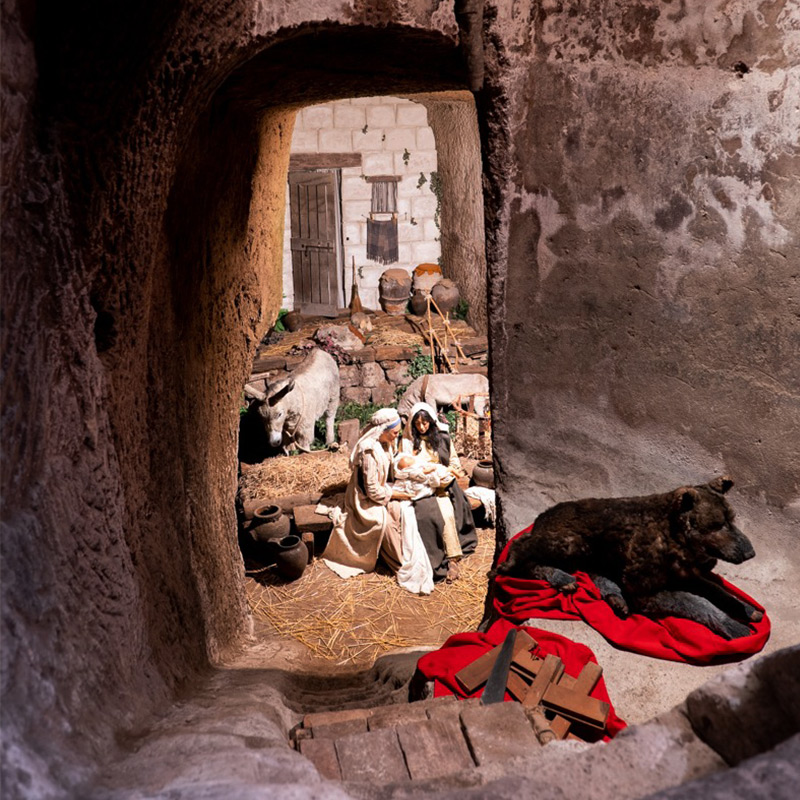 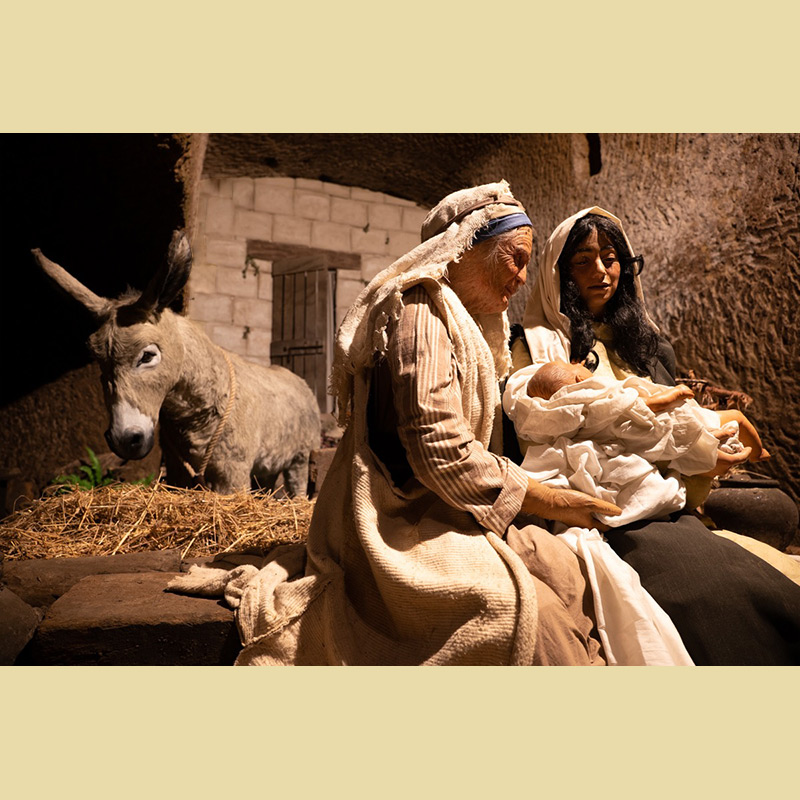 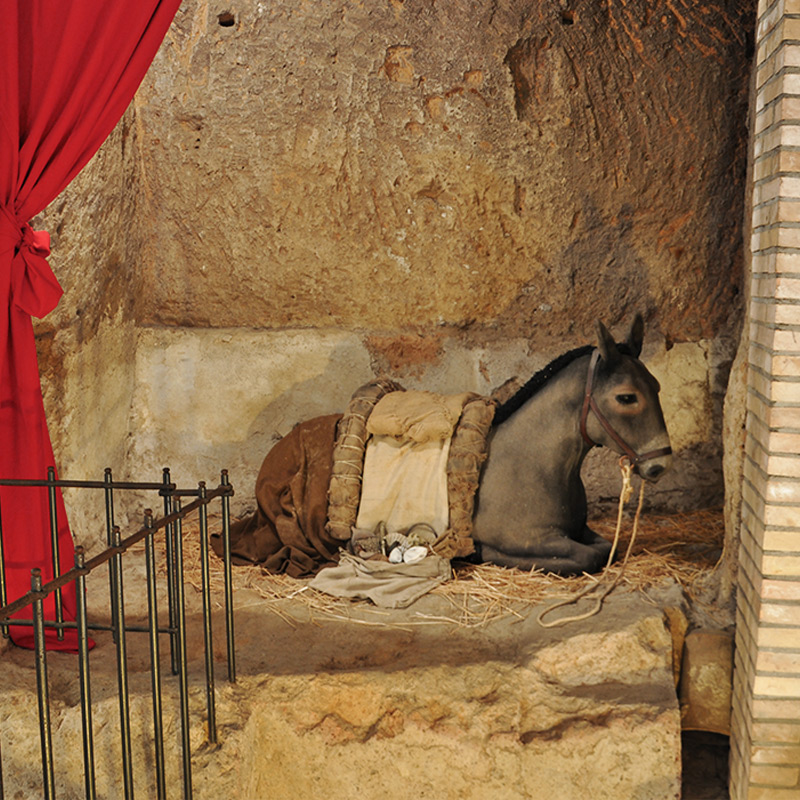 Strange rumors circulated about Maria’s long stay with her relatives. It was said that she had to hide a shameful pregnancy, the result of the violence perpetrated by a Roman soldier on the day of the assault of Nazareth or an adventure with Joseph the carpenter or, even, a coupling with a demon, the same one he had put pregnant the very old Elizabeth. Would Mary also have given birth to a “father’s son” like me, or were they just rumors without foundation? I couldn’t wait to meet her again to ask her the truth, but she spent a long time assisting her cousin in childbirth, and I didn’t see her again for months.

While waiting to enlarge our army and to enter Jerusalem victorious, we remained in hiding all summer, living off what we managed to steal by robbing some caravan of rich merchants and sharing the booty with the poorest and most derelict. Mary’s last words always echoed in my head: “Why push people to rise up against Herod if none of you know what to lead them to? Which of you would know how to be king of justice and goodness “? But I was too proud to listen to a girl and it was too late to turn back.

Meanwhile, the Romans were looking for us and, to do so, they set fire to several villages in Galilee and Judea, shedding the blood of innocents for our sake. But our mission was more important than the dead we left behind: we decided to approach Jerusalem, taking advantage of the numerous caravans that were heading there for the census and to wait for the appearance of a strange star. It was by robbing one of those convoys that I recognized Maria, conspicuously pregnant. There, my first dream vanished: I would never be her husband. I did not have the courage to approach, I waited a few days and went into the caravanserai of Bethlehem. I saw three foreign kings kneeling before Mary’s son and worshiping him. Then my second desire also vanished: I was not the chosen one of the Lord, the one who would give back to the people wealth and freedom with cunning and weapons. I had everything wrong: Israel did not have to free itself from the Romans, but from its own illusions regarding the Savior, which those three wise men had recognized in that weak and defenseless child. In that instant I realized that I was not even able to understand what love the son of Mary would be capable of, but I perceived its greatness. 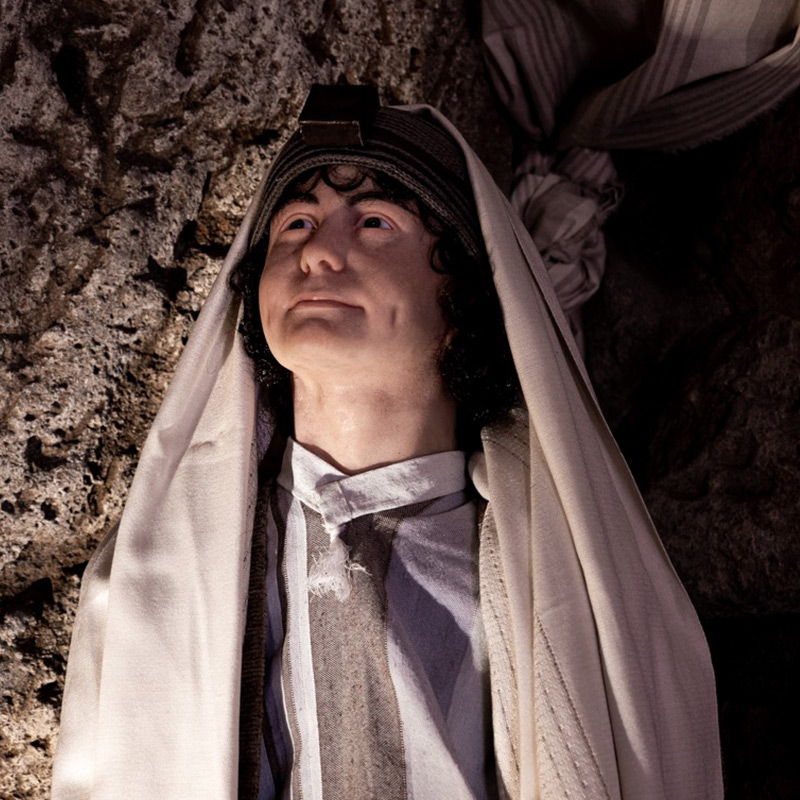 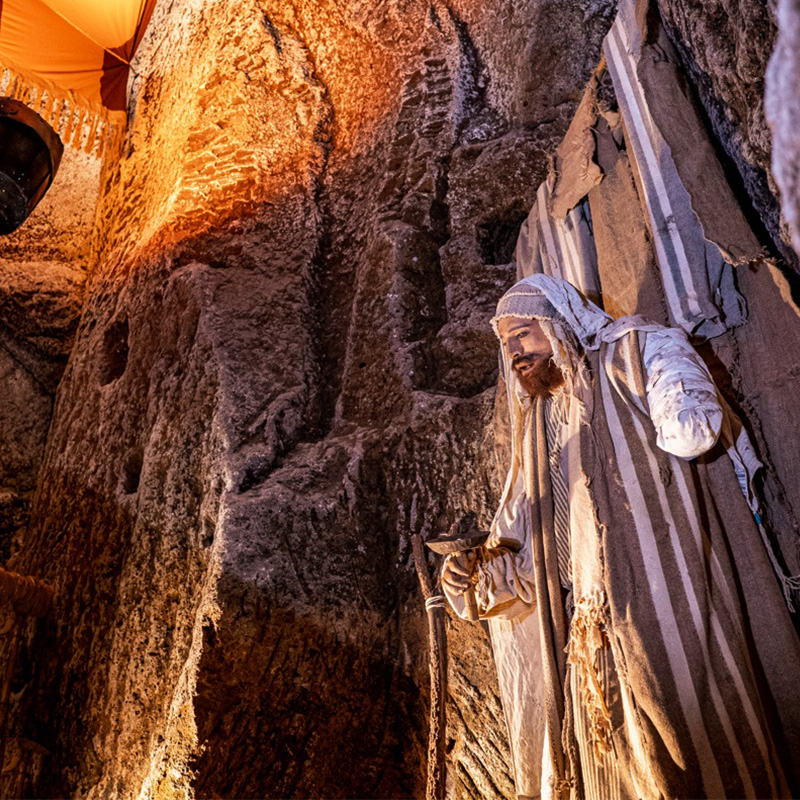 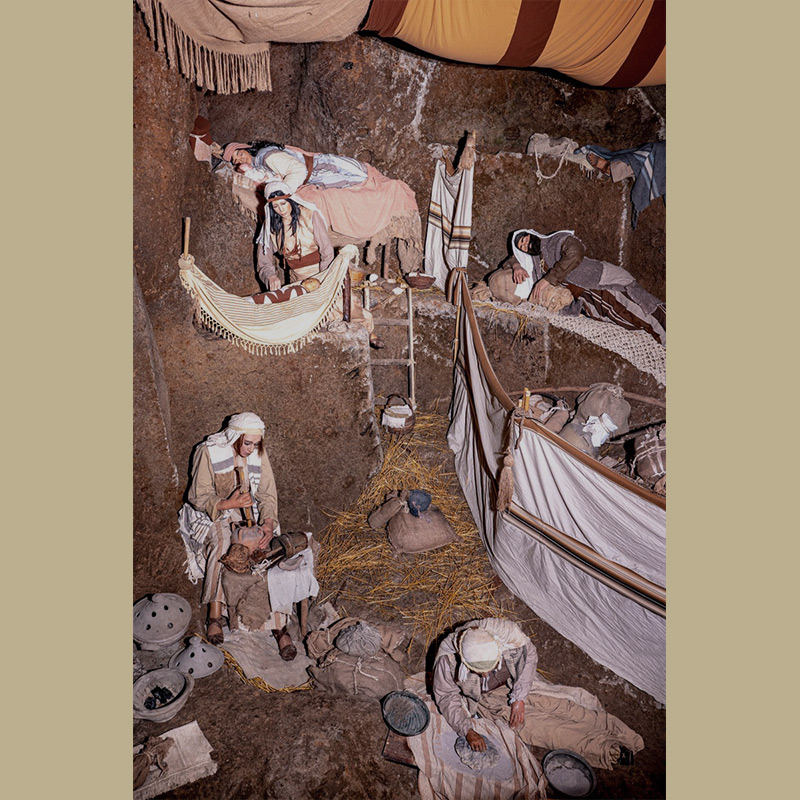 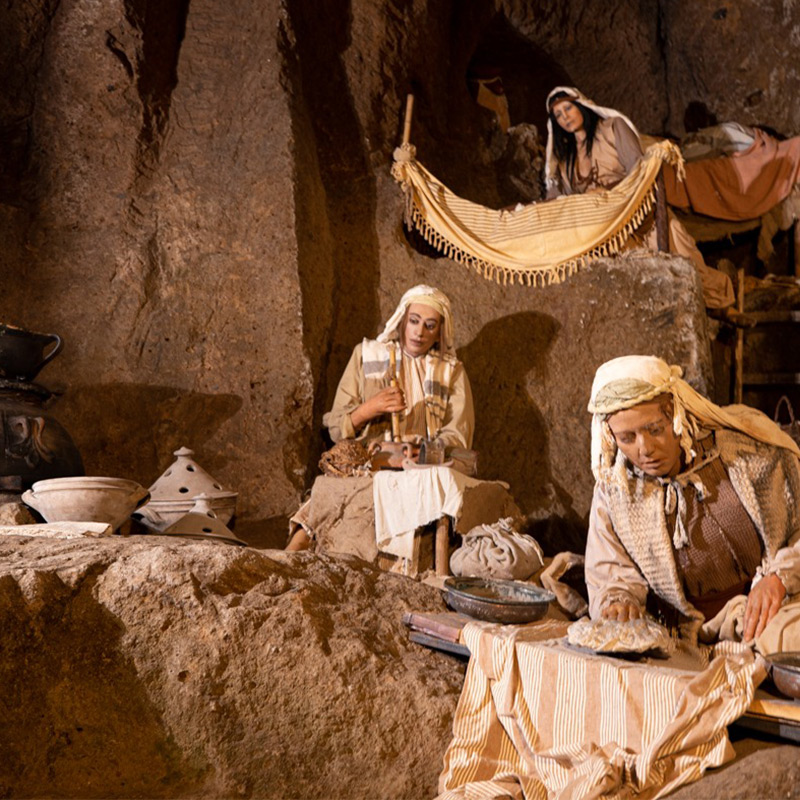 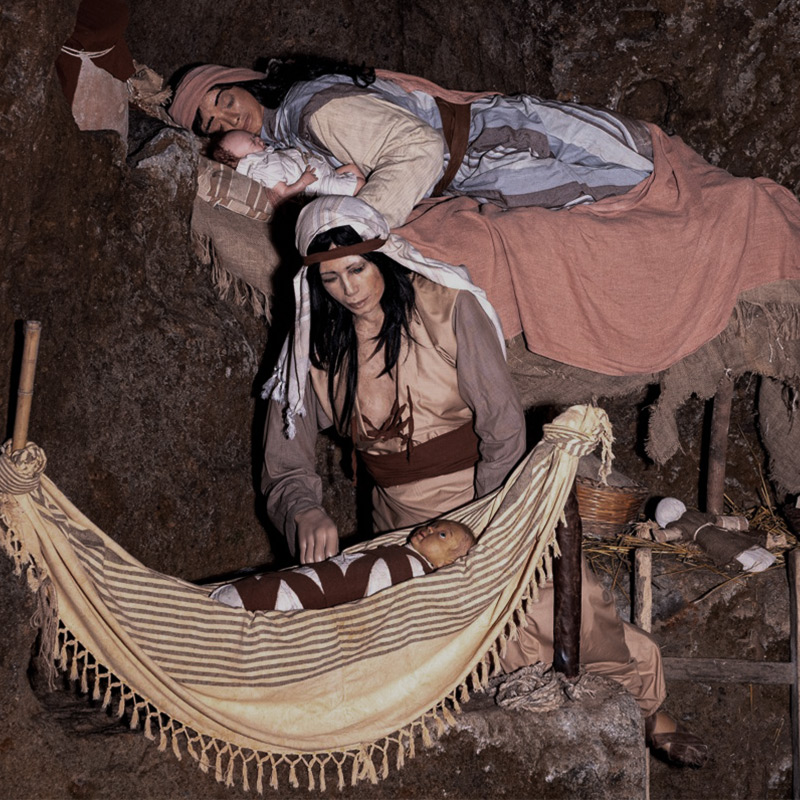 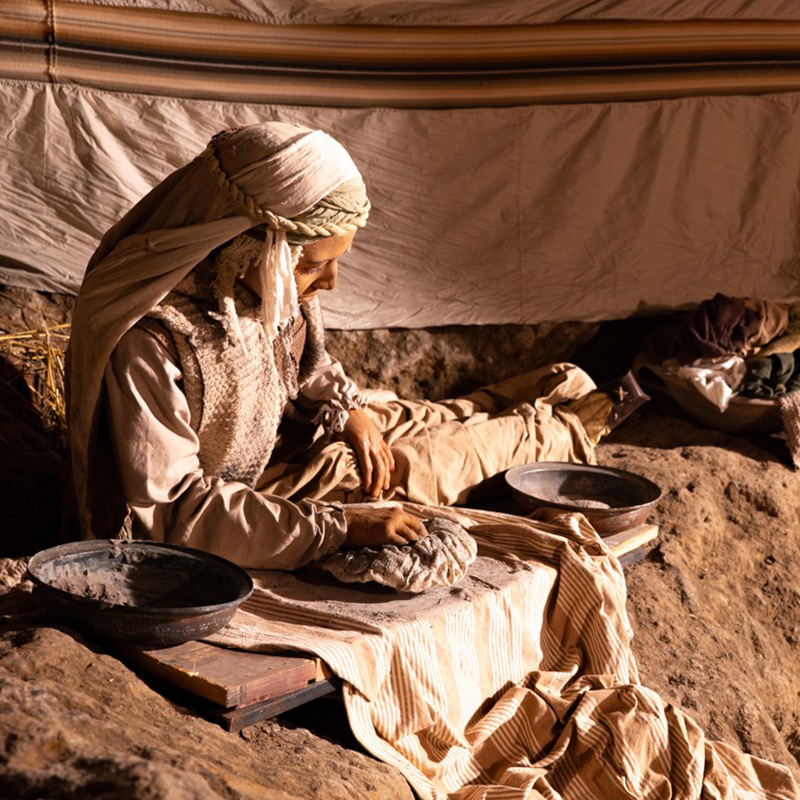 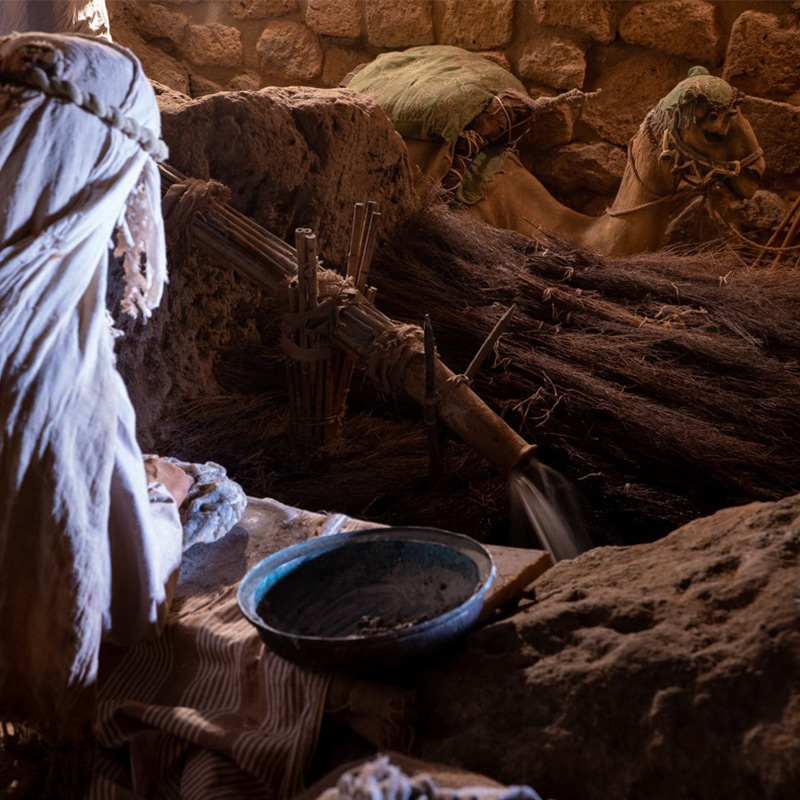 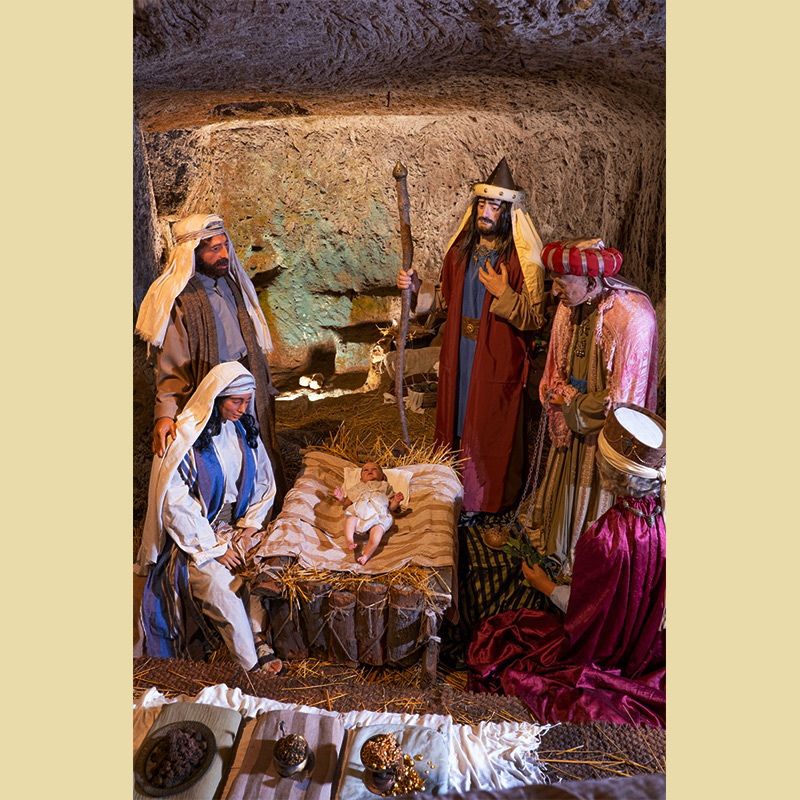 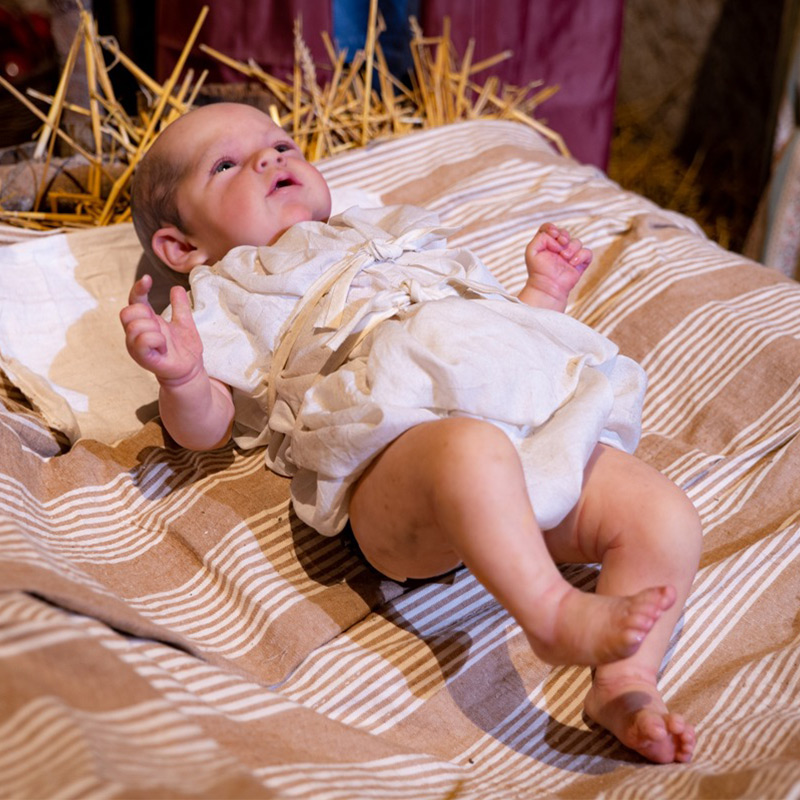 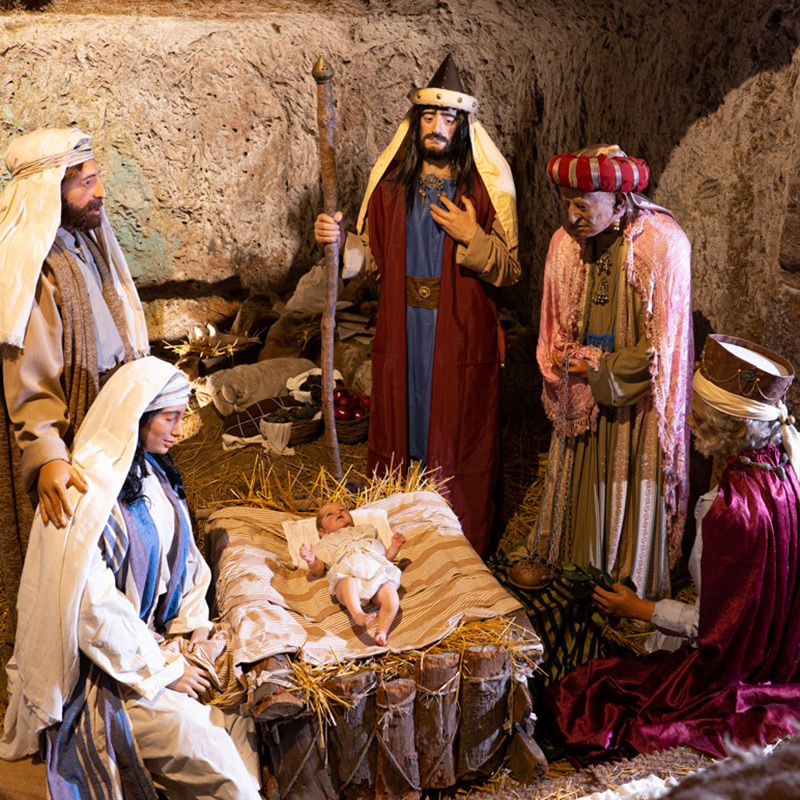 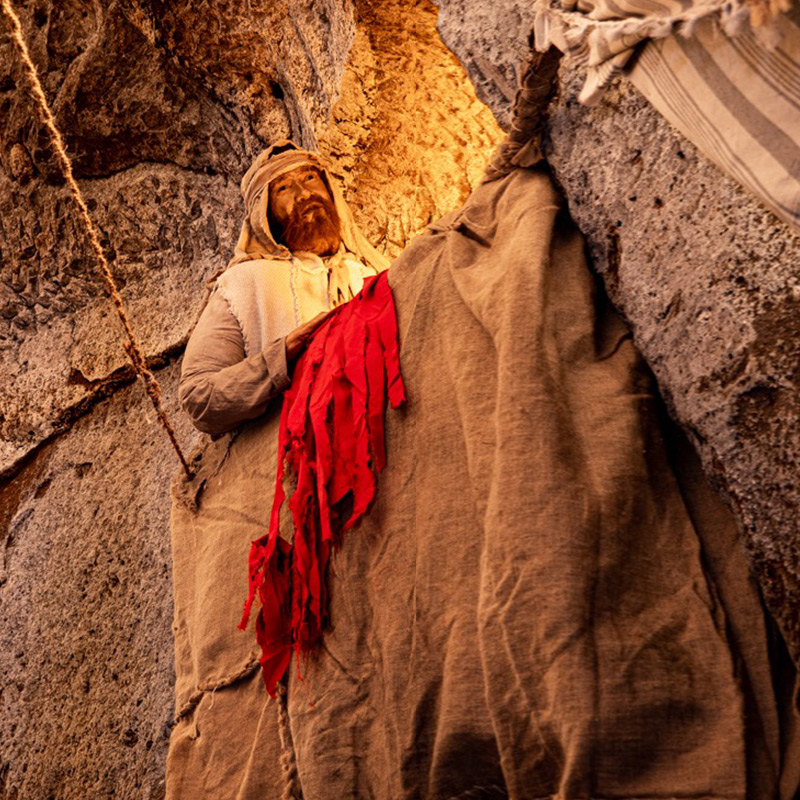 Maria and Barabbas did not see each other again for over thirty years. Until the Roman governor, a certain Pontius Pilate, made the people choose whether to crucify Jesus, the son of Mary born in Bethlehem, or Barabbas, the “son of the father”. Nobody knows if Mary and Barabbas met again after the infamous decision of the crowd. Many, however, swore that they had heard Mary begging the Apostles for a long time to go and look for him to put Jesus to sleep with the herbs of Joseph of Arimathea and to free him from the cross as they had done with Joachim.

• Green Pass: the 2021-2022 edition of the Nativity in the Well represented a restart after the closure due to the Covid-19 emergency; among the novelties, in addition to the sanitizing gel and new regulations, there is also the “Green Pass”, which visitors have shown in order to access
• Lucio Dalla and Iskra Menarini: the soundtrack of the Nativity scene was the piece «Amore desperate», composed by Lucio Dalla for his opera on Tosca. Although it was born for a completely different context, the suggestions it was able to evoke were perfect for our setting. The interpretation of Iskra Menarini was chosen, who showed great collaboration and availability
• Museums on the Net: the crib was created as part of the events of the “Museums on the Net for the Territory” project, created with the contribution of the Umbria Region
• A well in Africa: the initiative started in 2019 continued with the collection of offers for the construction of a large water well in Ethiopia, in collaboration with Amref