Thus the Nativity in the Well was born, almost for fun 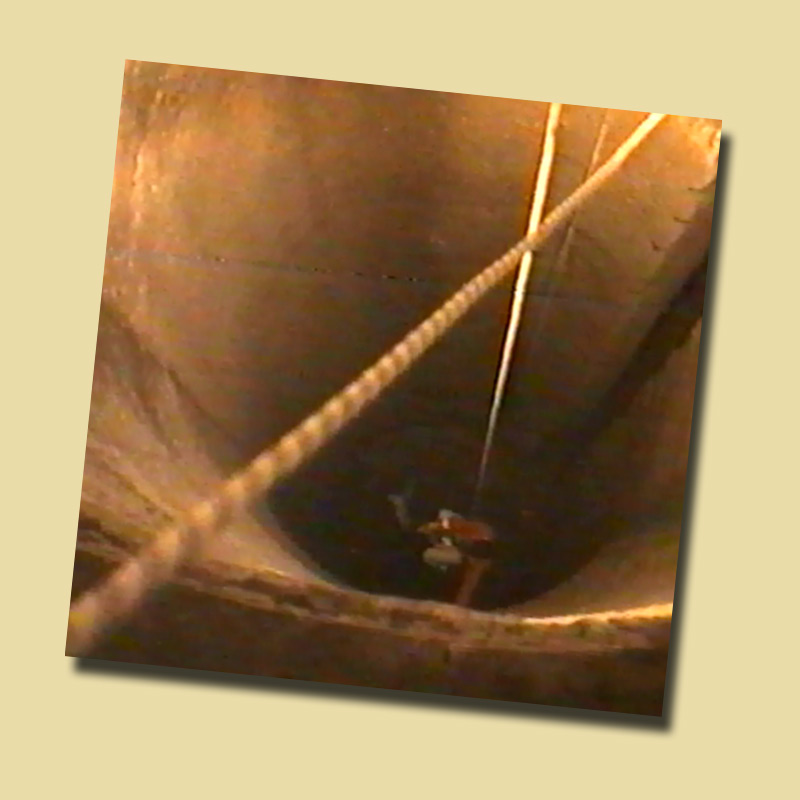 It seems impossible, but we have no pictures of the first Nativity in the Well apart from the descent of the speleologists; it took a few years to make us fully understand the “power” of that “toy” born from Francesco Baldini’s imagination. MANY THANKS FRANCESCO !!!
It was a cold morning in December 1989, when the Orvieto speleologist Francesco Baldini presented himself at Pozzo della Cava with small paper shapes.
The underground route for visiting the caves was still limited to a few rooms and the same well had not been emptied (it was only 24 meters deep).
The idea of ​​the speleologist friend was simple: to place the characters of the nativity scene on the bottom of the Pozzo della Cava, and those little drawings he had brought with him were used to make a brief test, to “sight” the Christmas crib, just to see the effect.
A few days later the boys of the Speleo Club Orvieto arrived with their harnesses and, lowering themselves to the bottom of the well, they gave life, under the direction of Francesco Baldini, to the first of our cribs.
There was the Holy Family, the ox, the donkey, and a great wish for peace.
Everything was candid, against the dark background of the earth of the well.
Word of mouth was the only promotion.
And people started coming …