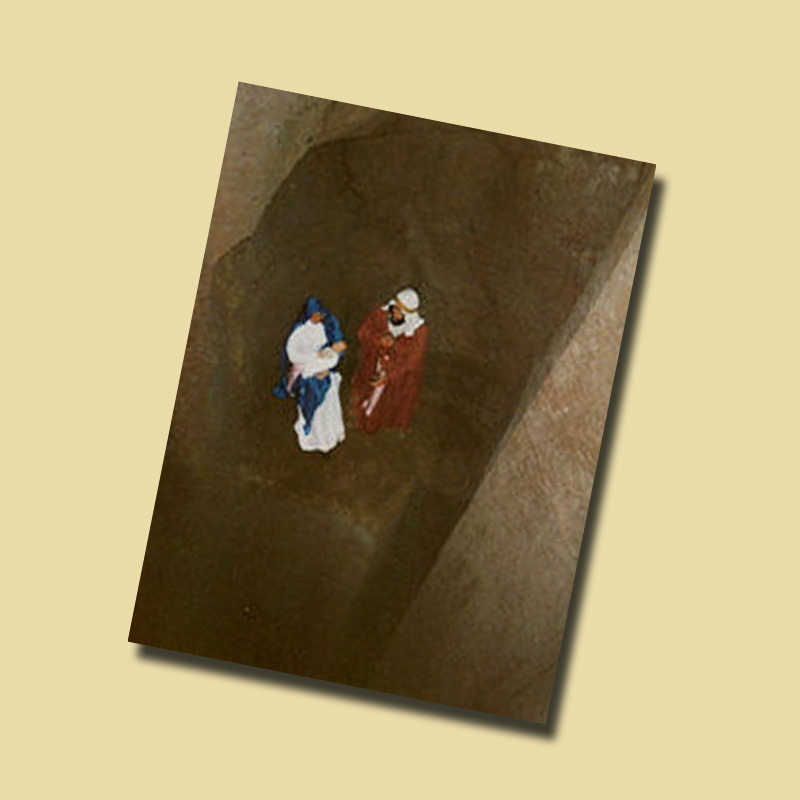 The only image that remains of this edition is a photo taken by an Orvieto student [if we had only suspected the great echo that would soon have our crib we would surely be better equipped!]
It was the first crib with three-dimensional characters, even if not yet animated, and in a certain sense it represented the passage of the baton from Francesco Baldini, creator of the first Nativity in the Well, to the Sciarra family.
The verticality of the well was proposed as a metaphor for the eternal earth-sky dualism, with Jesus acting as intermediary.

Setting up by Speleo Club Orvieto