Orvietan ceramic between the Medieval and Renaissance periods 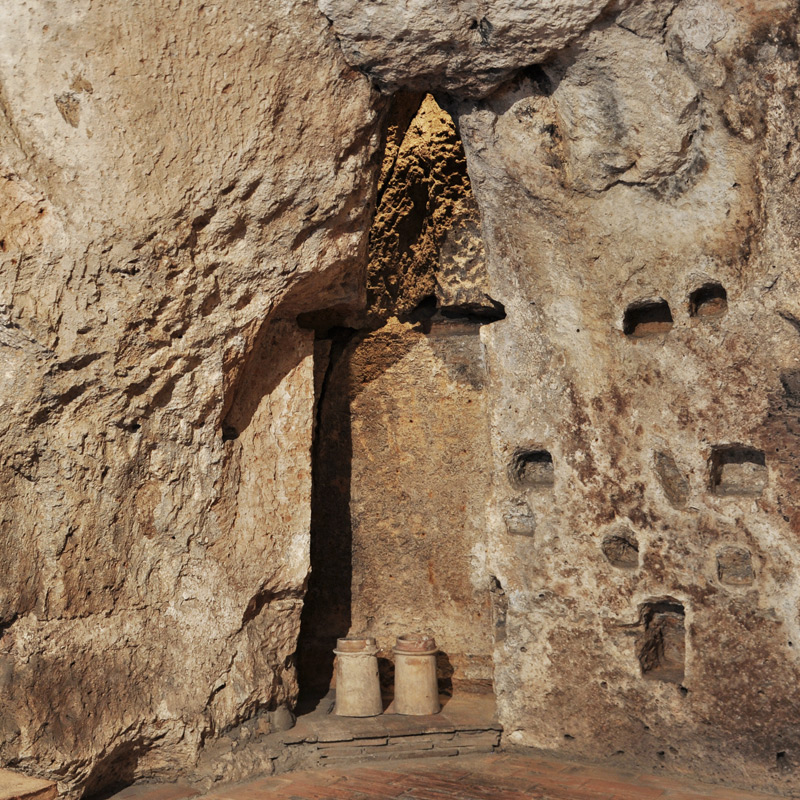 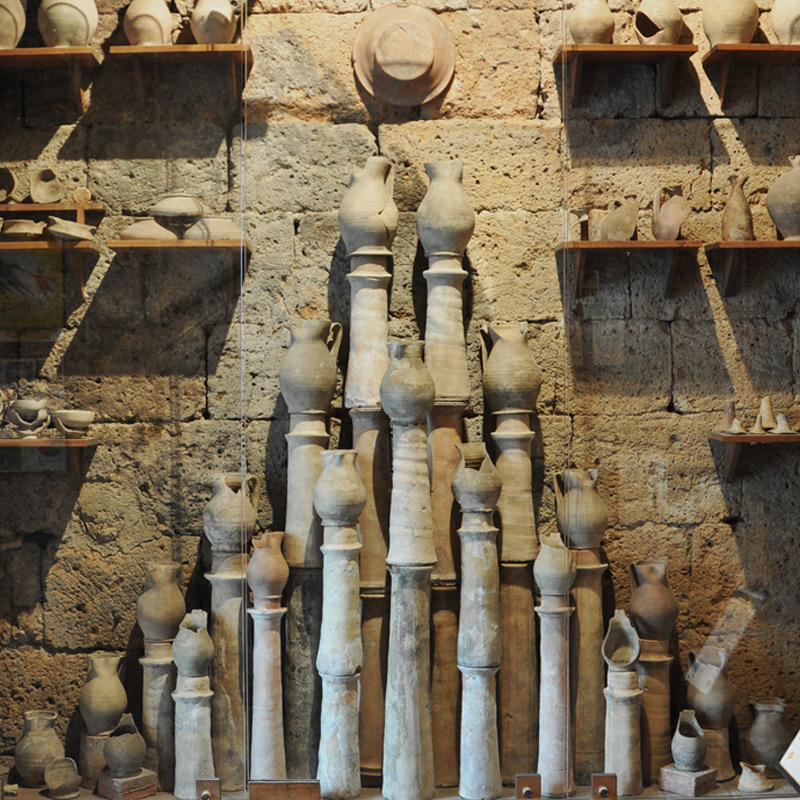 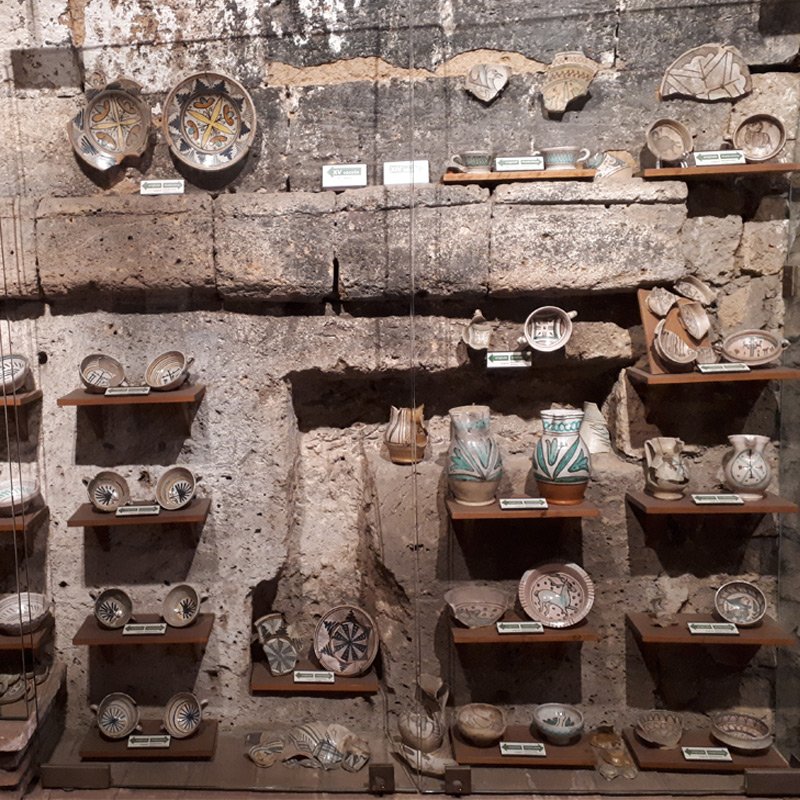 The first room was used for ceramic working from the 13th to the 16th centuries.
After kiln-firing, some ceramics were rejected because they had defects in their shape or decoration. These rejects are displayed along the walls, and next to some of them you will find reconstructions to show what the original items would have looked like.
A part of the room has been directly dug out from the tuff rock; the stone has become white due to prolonged heat exposure. That was the ceramic workshop’s kiln.
Some metal studs in the floor indicate the position of blocks of tuff and brick that were used to enclose the firing chamber.
The blocks would be partially heat-damaged, and the chamber would need to be reconstructed each time the objects were put into and taken out of the kiln.
The rectangular recess in the corner is the opening to a chimney and it leads up to a small alcove which acted as a valve, permitting the kiln to be cooled and the heat to be distributed to the rooms in which the newly made clay objects had been
left to dry. 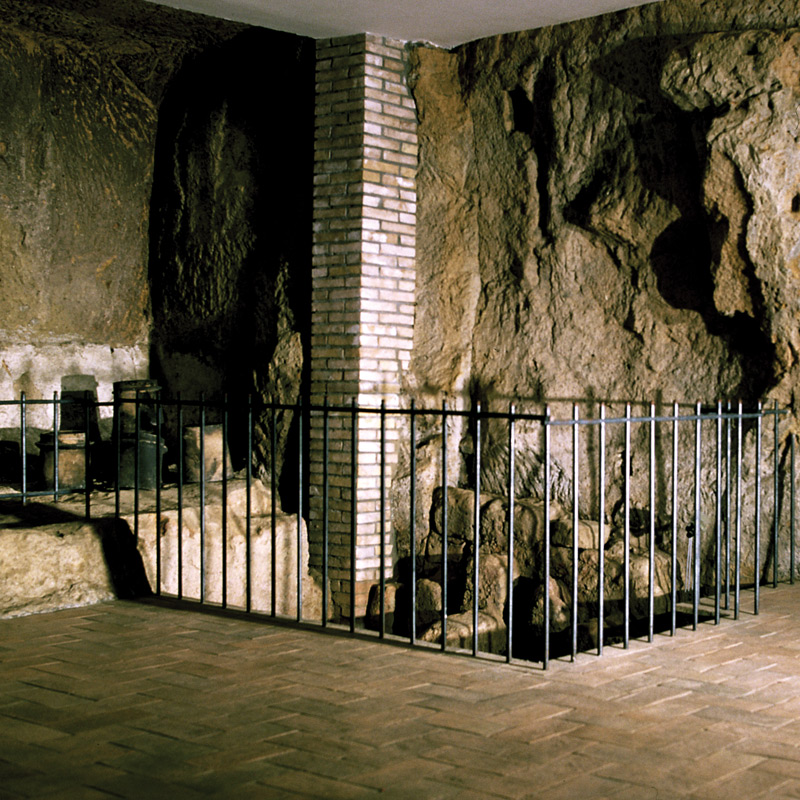 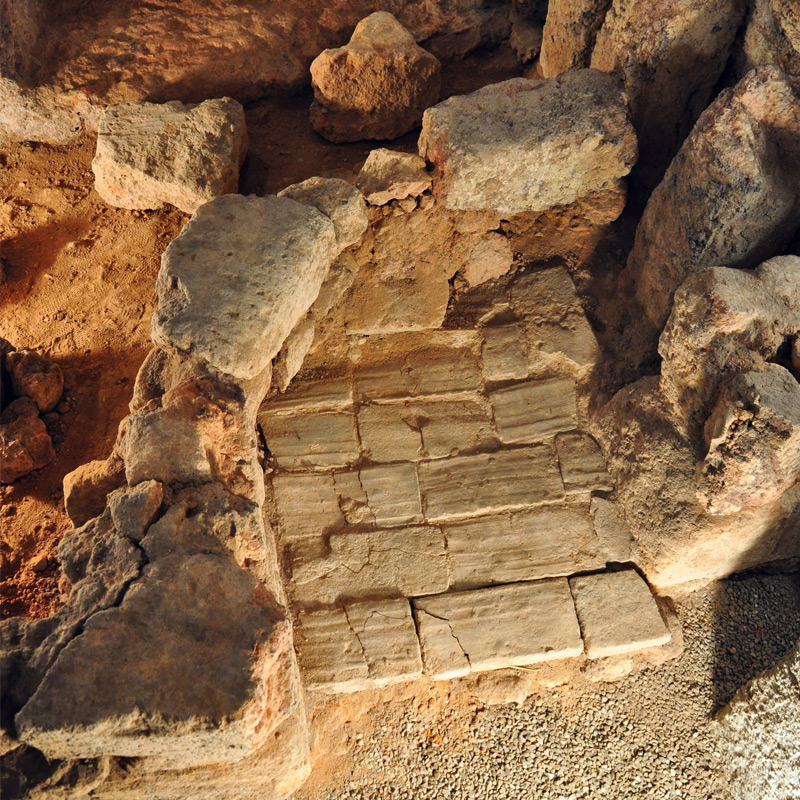 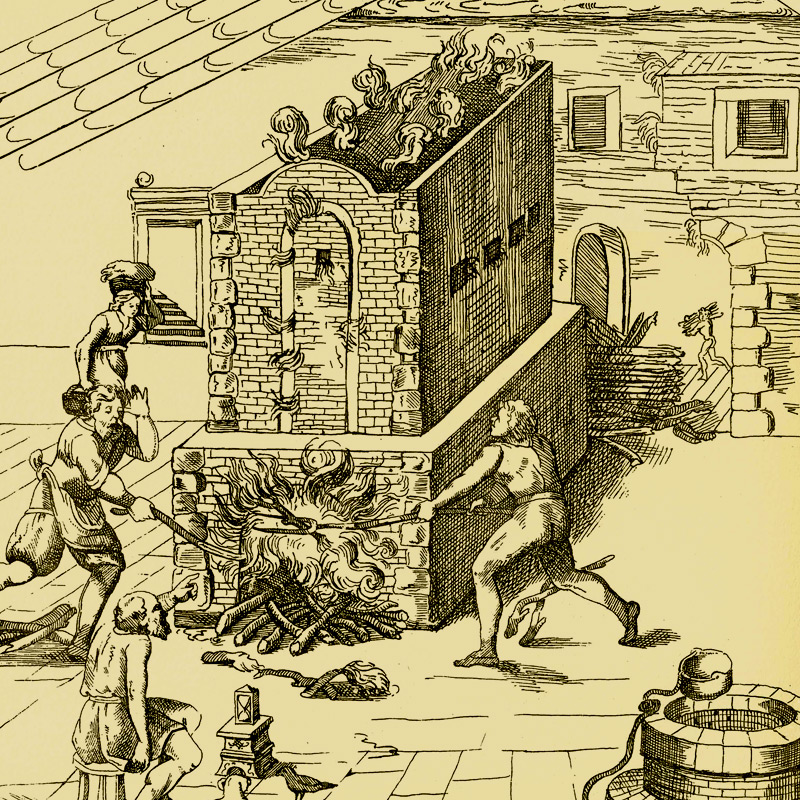 The structure found under the floor of the swventh room formed the base of the muffle kiln, the kiln used for the third firing of the ceramics. The difference between this kiln and the one you saw in the first room, cut into the rock and used for the first and second firings, is that this one is entirely constructed from bricks and blocks of tuff and no mortar was used. Its design was that of a reverberatory kiln, which Cipriano Poccolpasso mentioned in his book “I tre libri dell’Arte del Vasajo” and which were used in central Italy between 1400 and 1500 AD. Objects that underwent the third firing were referred to as lusterware and were the famous Renaissance ceramics known for their iridescent colours and shine, and they were considered as precious as gold and gemstones.
To give a better understanding of the main types and the variety of Orvietan medieval and renaissance ceramics, we have compiled a collection of fragments in the four display cabinets on the wall close to the kiln’s remains.
Some lusterware fragments and numerous original tools are also exhibited. 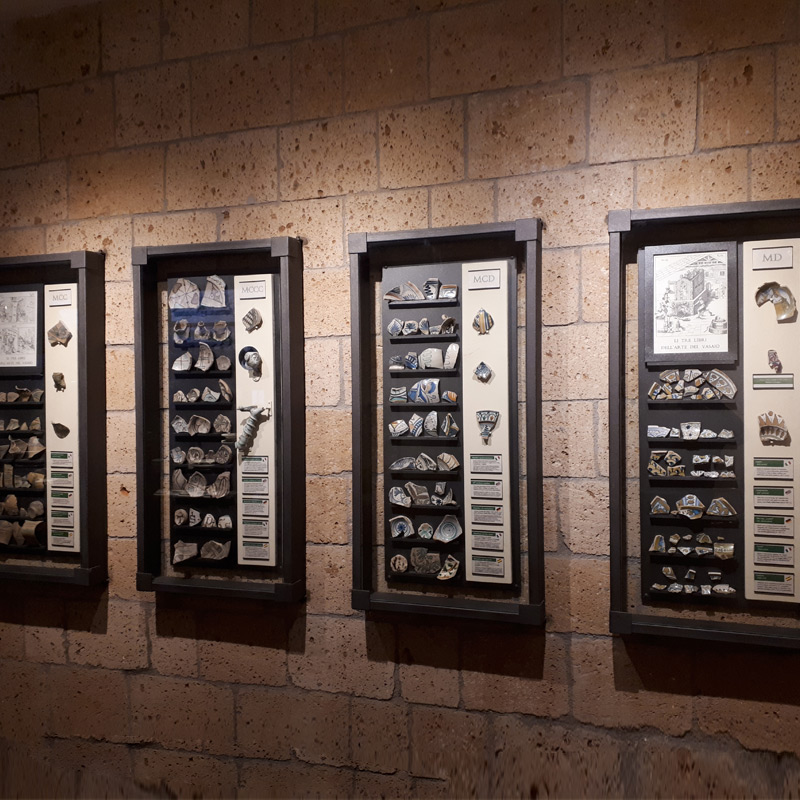 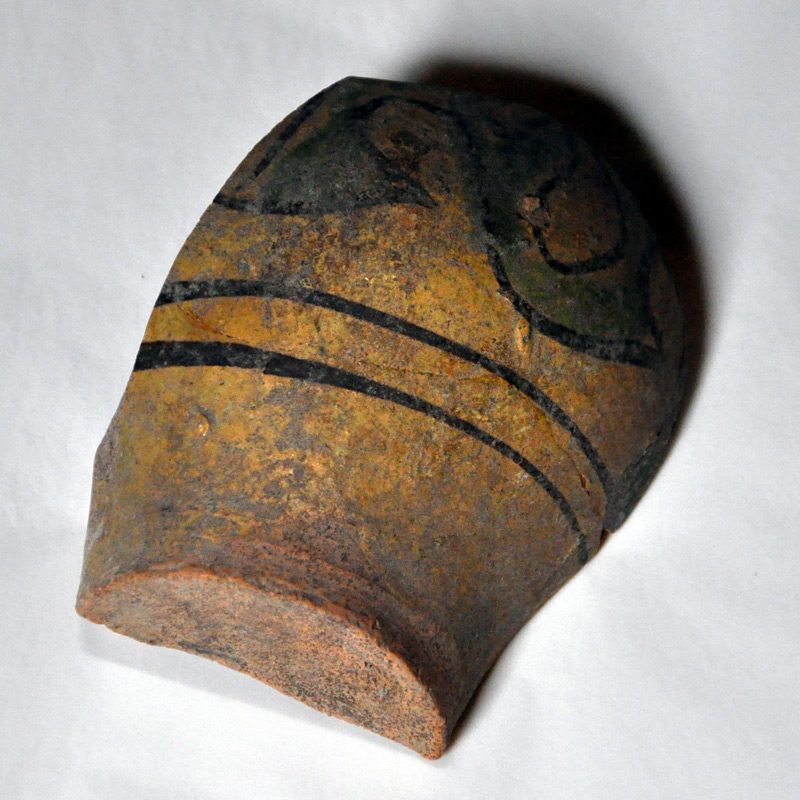 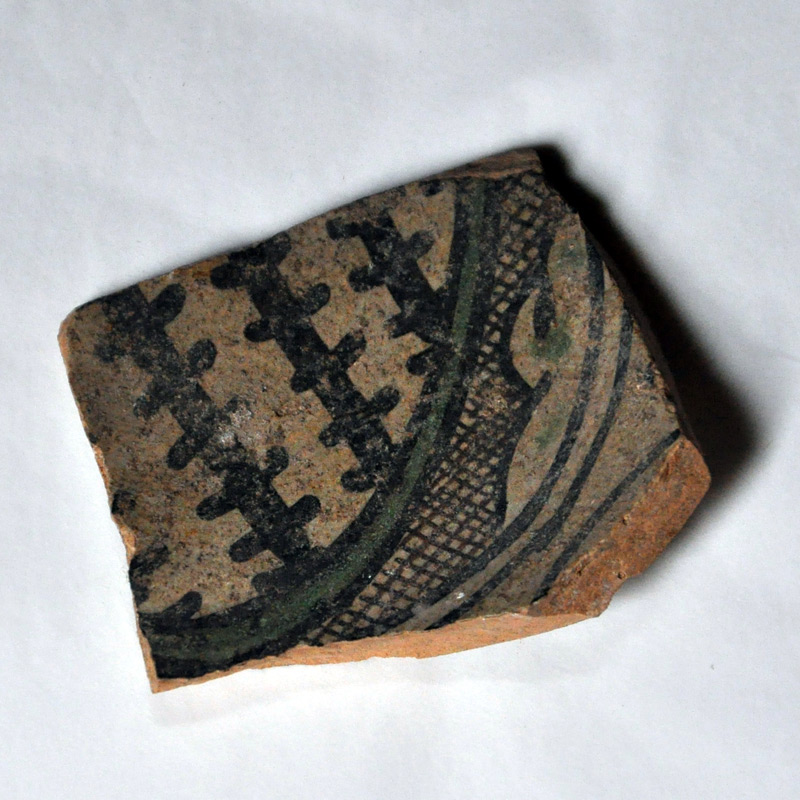 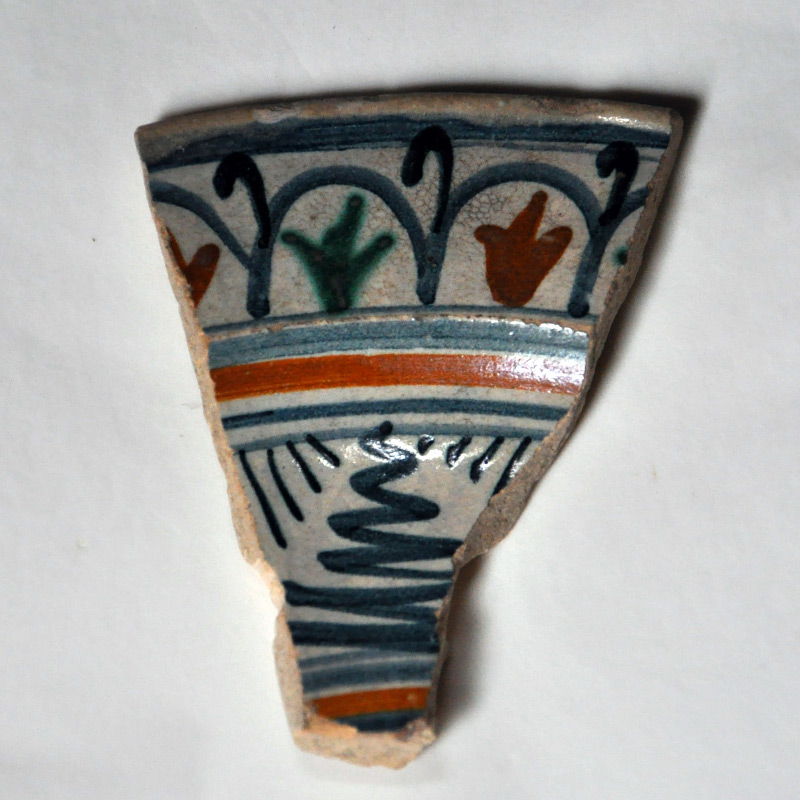 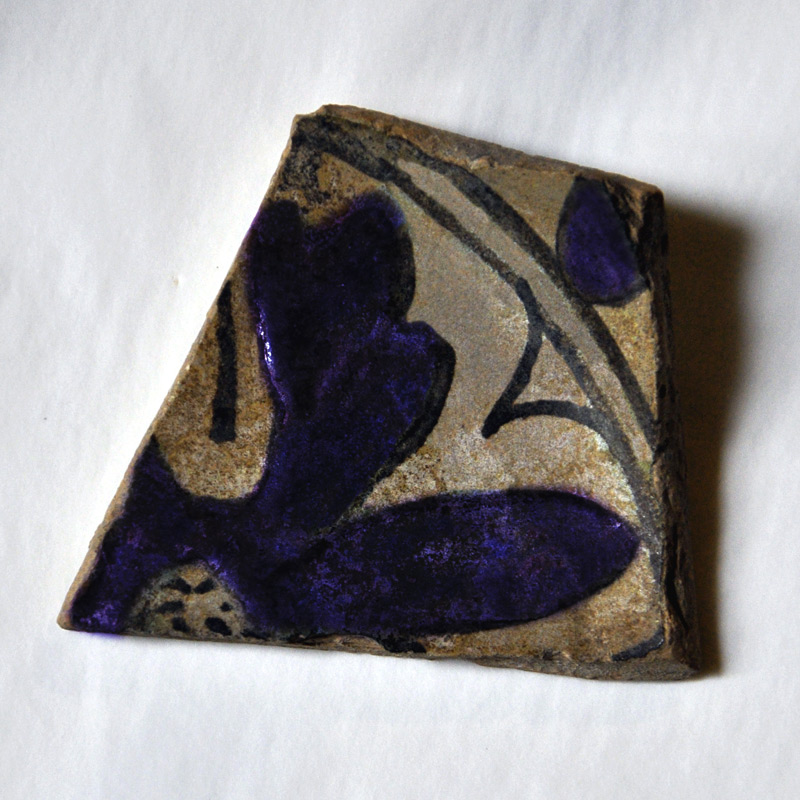 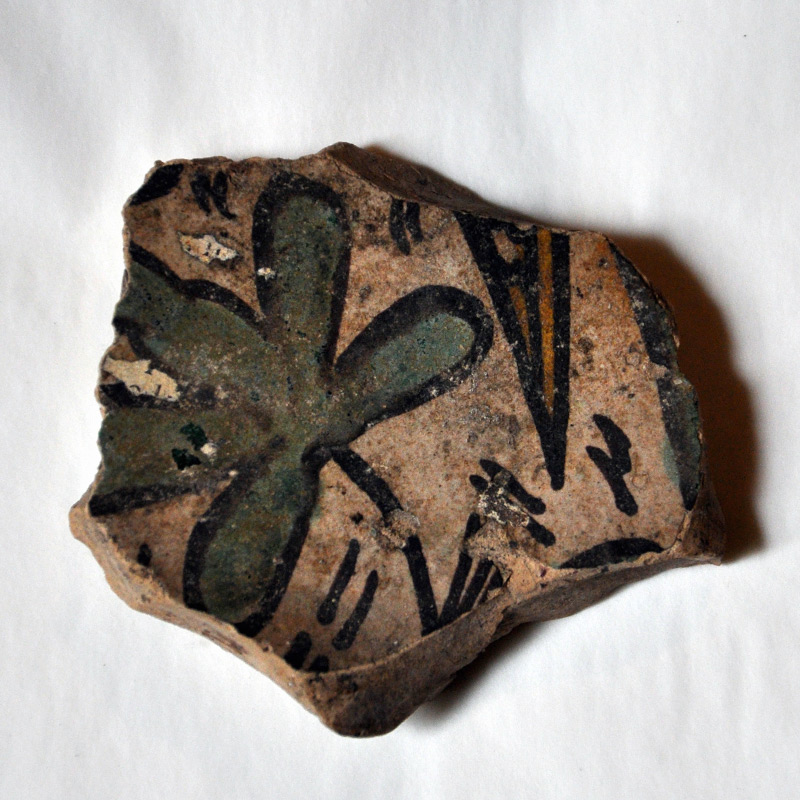 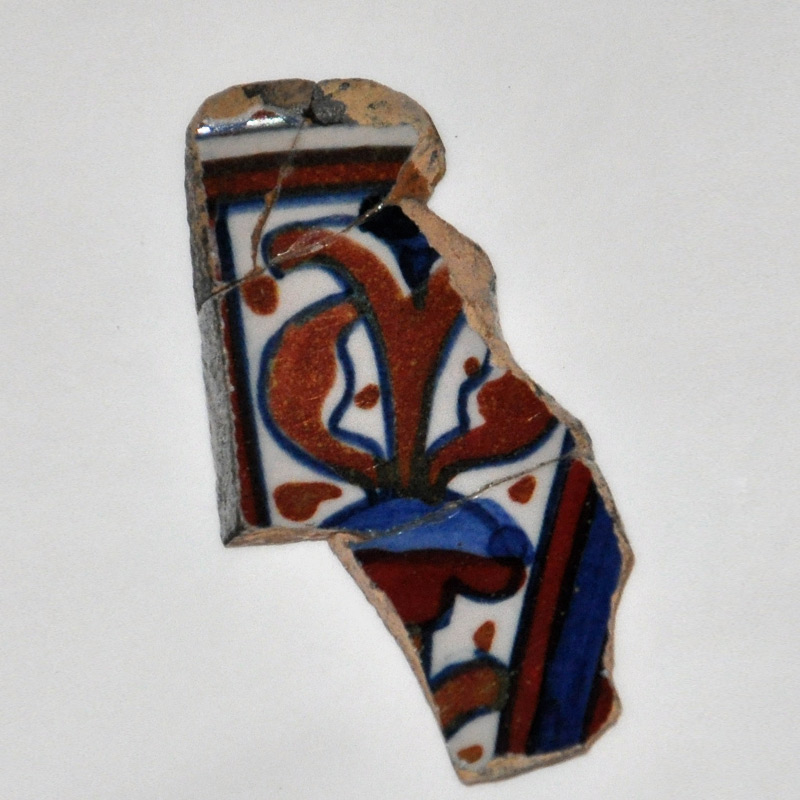 A small summary of the fragments found in the two kilns and exposed to the Pozzo della Cava: 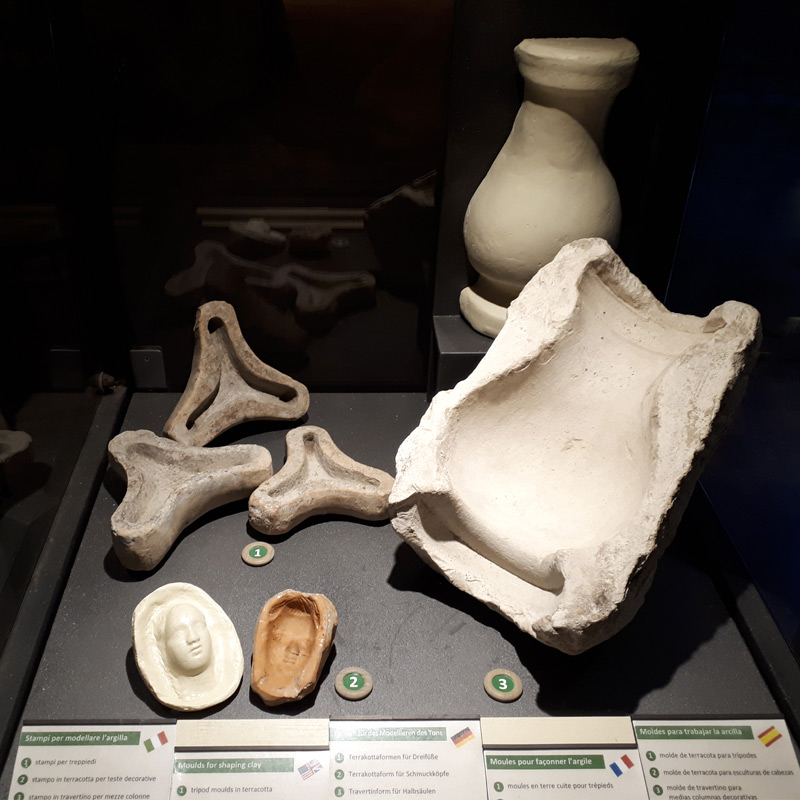 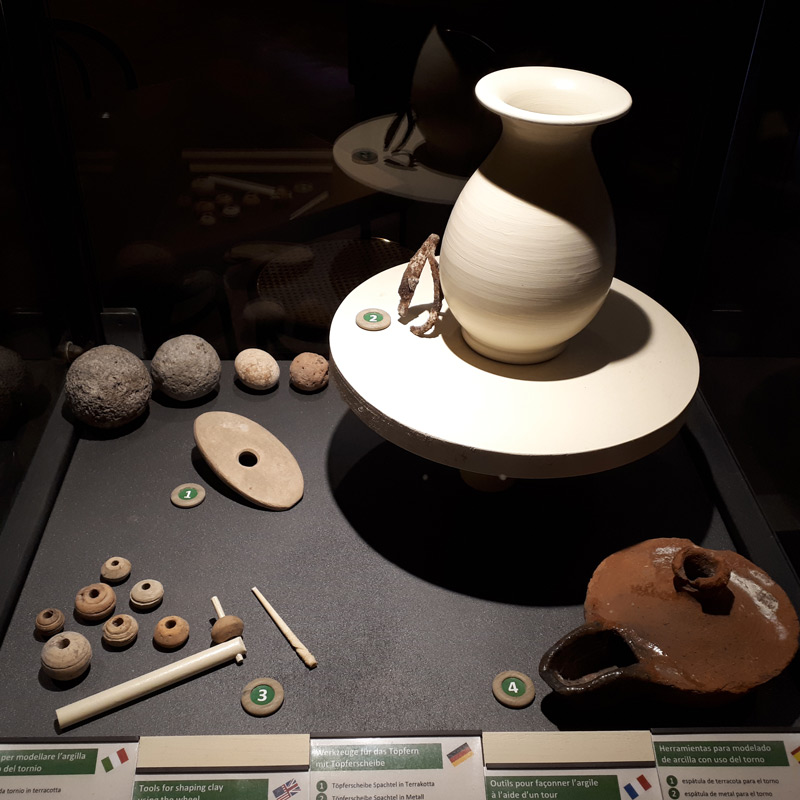 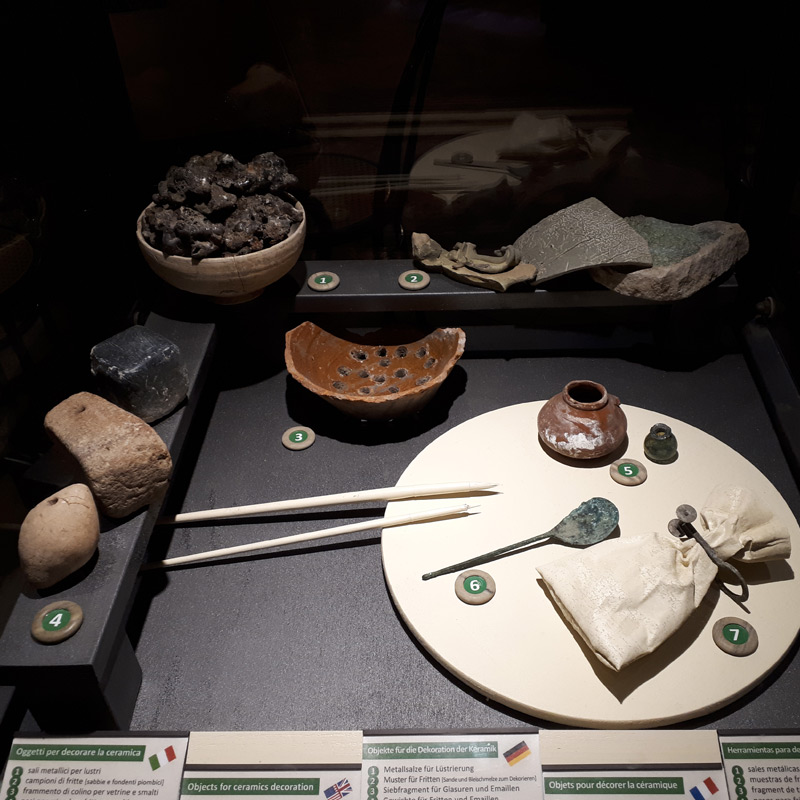 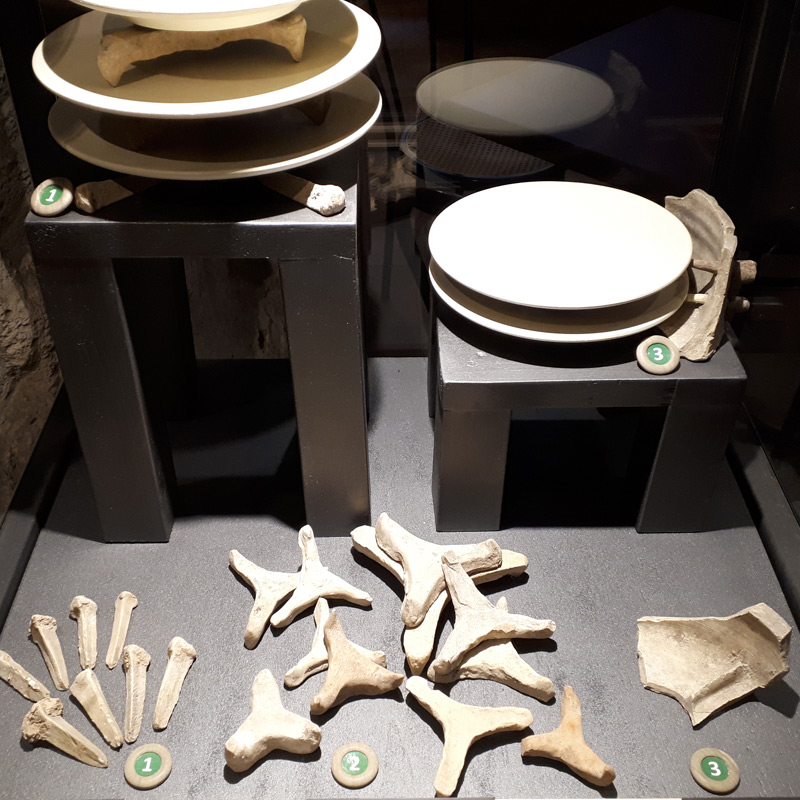 The original tools and the remains of the materials found in the two furnaces are also very interesting: 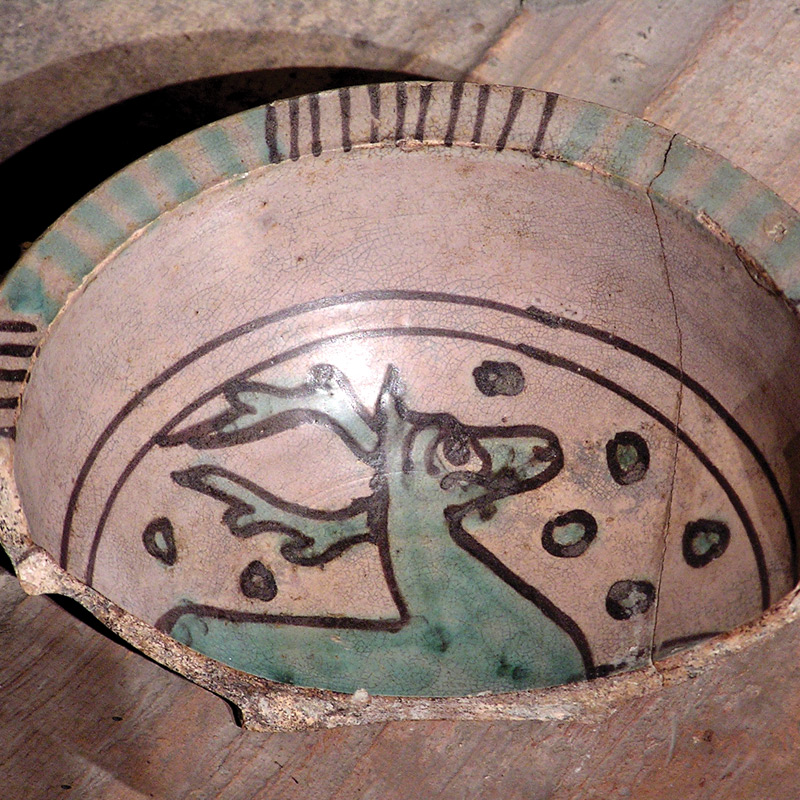 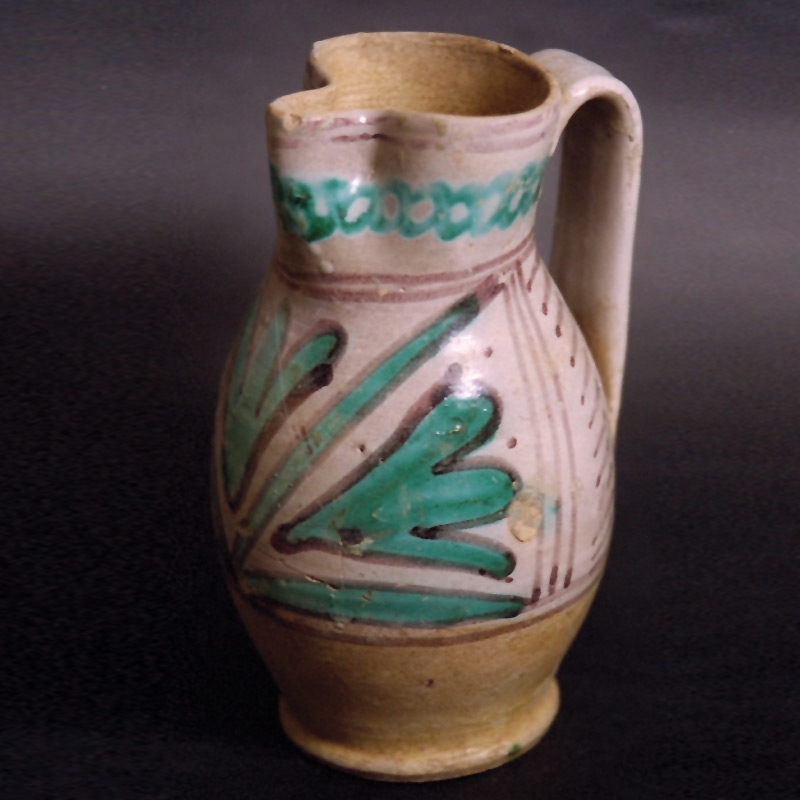 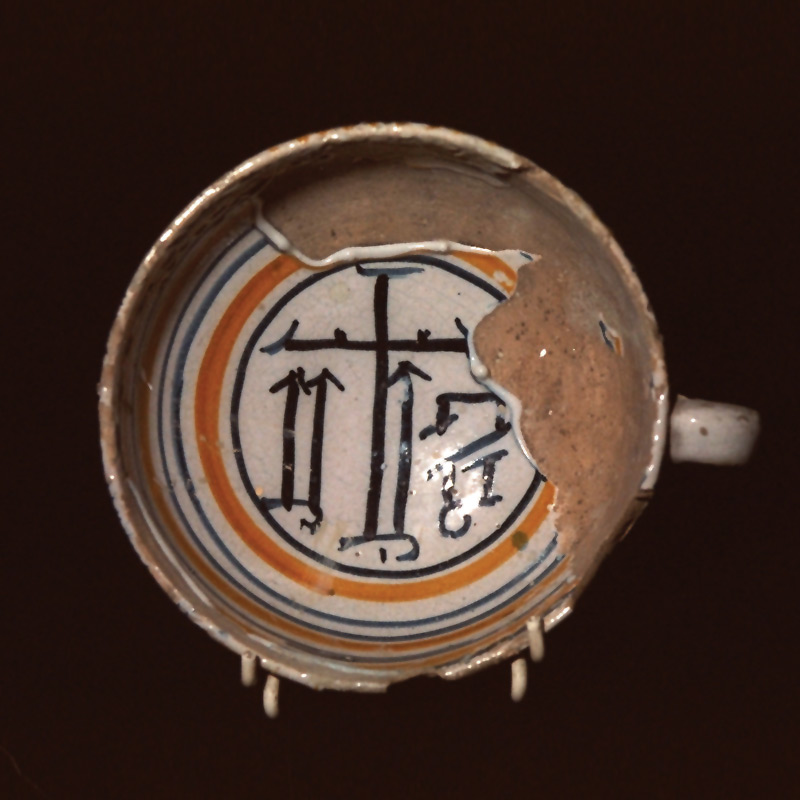 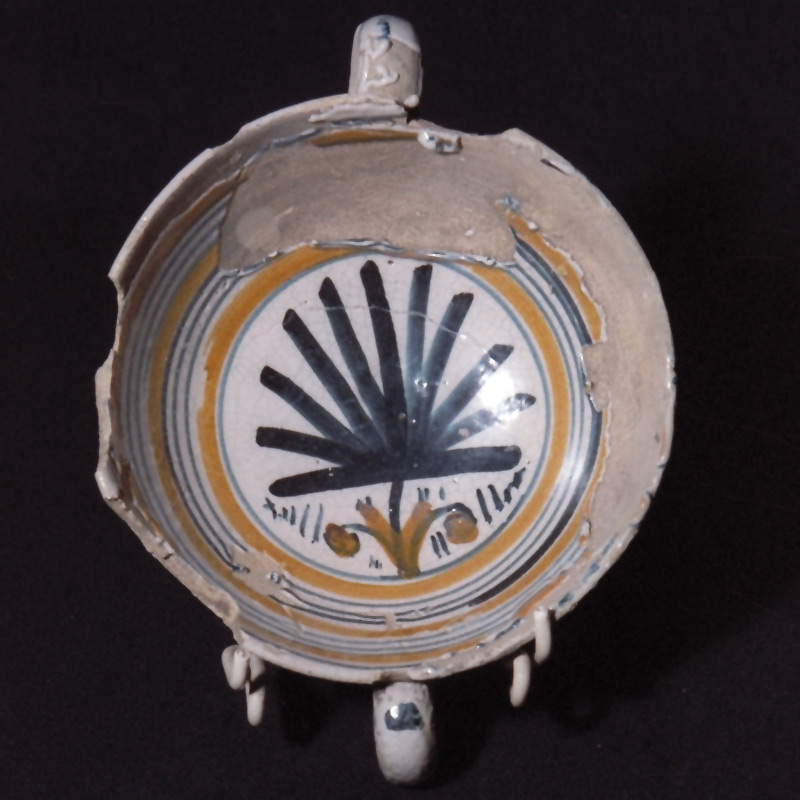 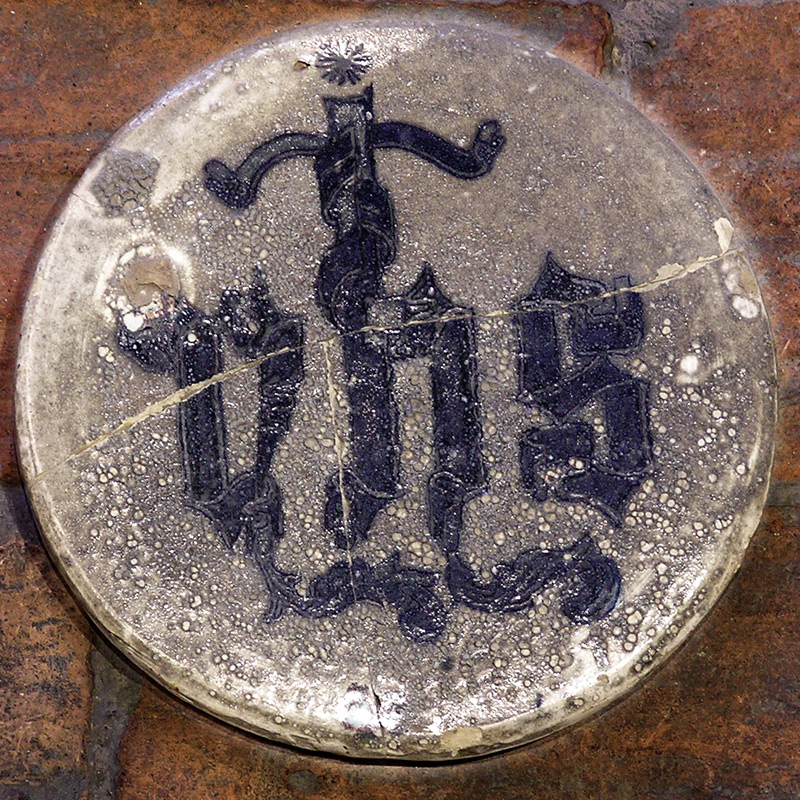