a huge hydraulic work with twenty-five centuries of history 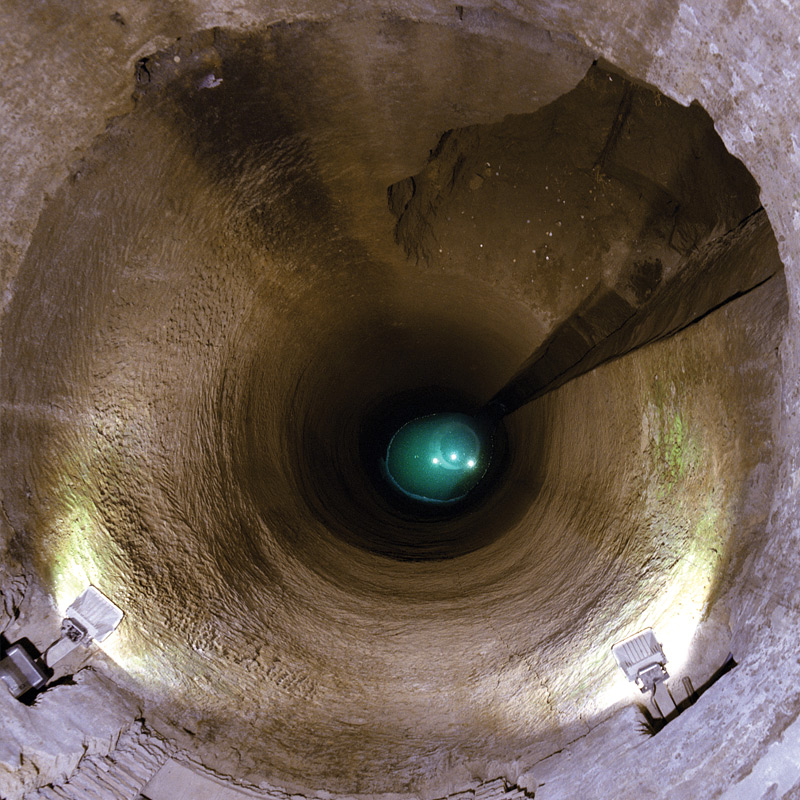 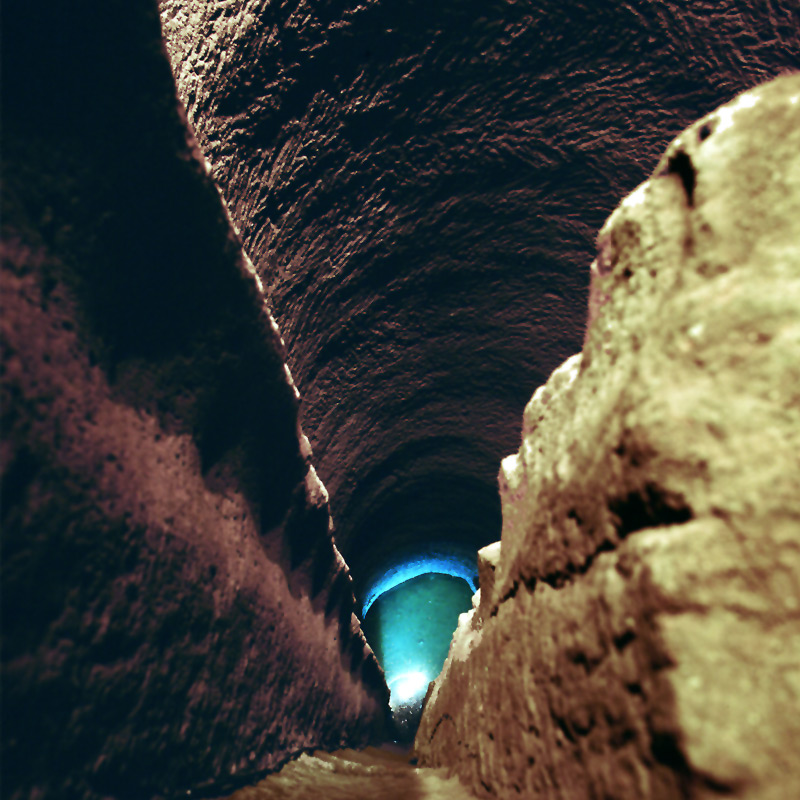 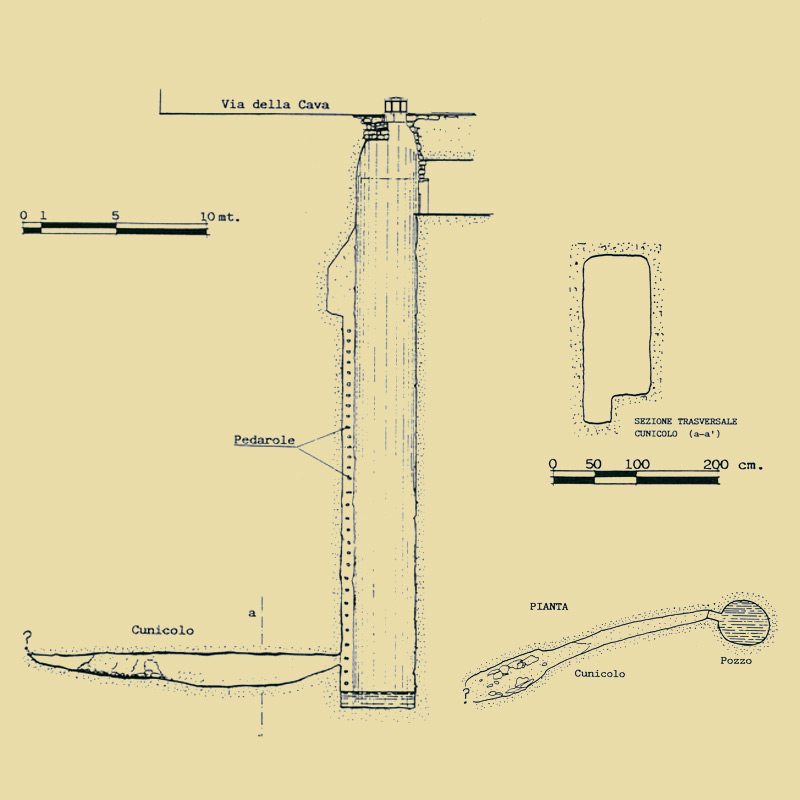 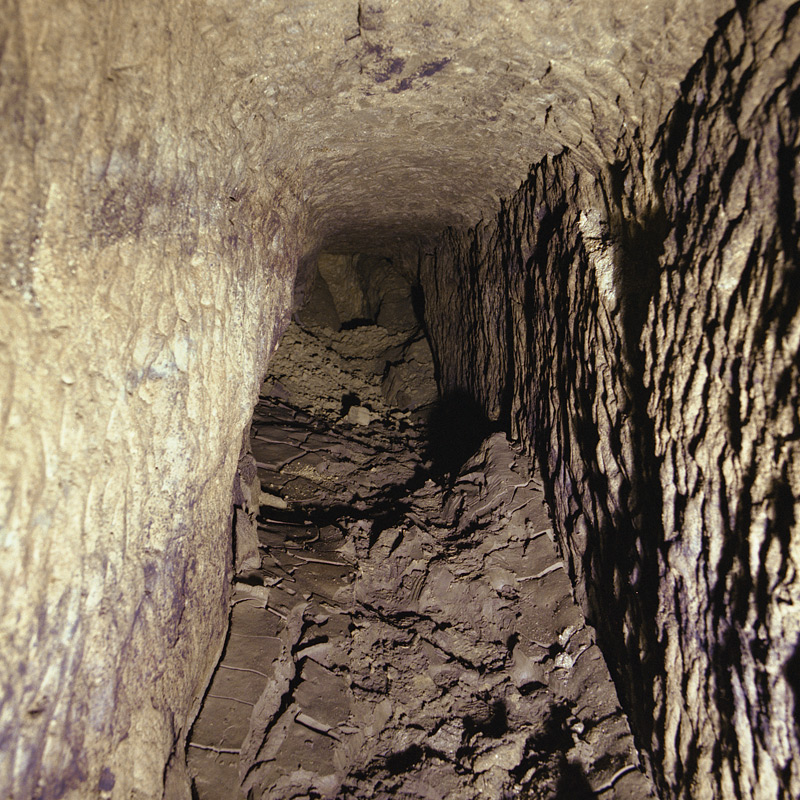 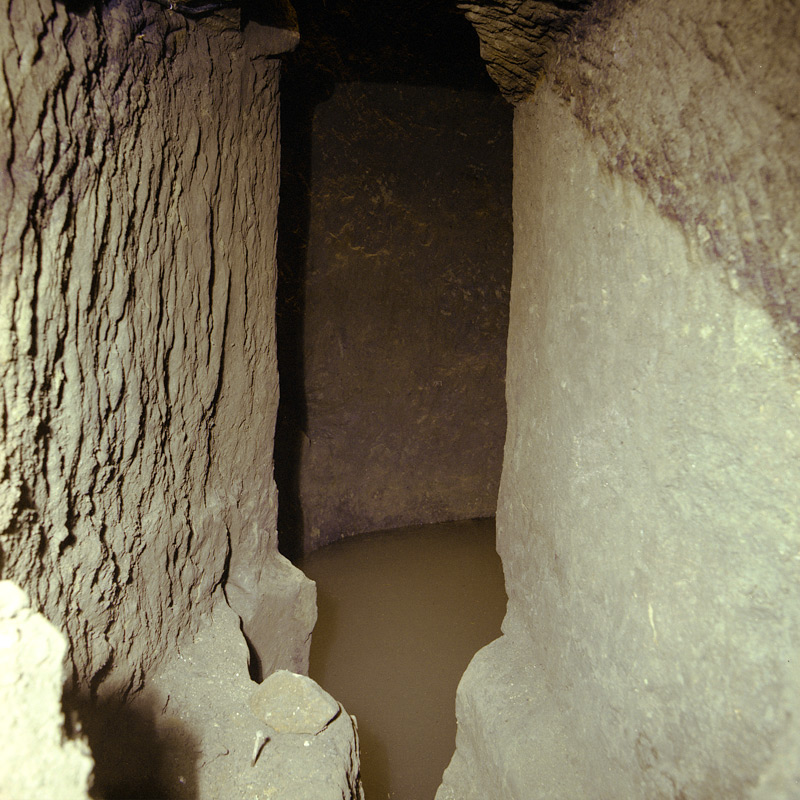 The “pozzo” or well, was entirely excavated from the tuff rock on which the city of Orvieto was constructed, and is 36 meters deep, the last few meters contain spring water.
The structure is composed of two parts: the first, the largest, is circular and has an average diameter of 3.4m, the second part is smaller and rectangular, with walls measuring 60cm x 80cm. It has small footholds carved into the wall that enabled people to go up and down using their elbows, feet and knees. These footholds or “pederols” are typically Etruscan. Within the rectangular shaft, at a depth of 30m, there is a 170cm high tunnel. It stretches 20m and its floor is almost entirely covered in clay and mud. On the left-hand side, there is a deep groove along which ran water from the well. In the upper part of the of the tunnel’s access, a furrow has been worn into the rock, probably by a rope which was likely used during the well’s excavation or later to draw water.
The base of the tunnel houses five holes set at regular intervals along the cylindrical wall. These would have held the beams for a platform, or a device used to draw water from the well. 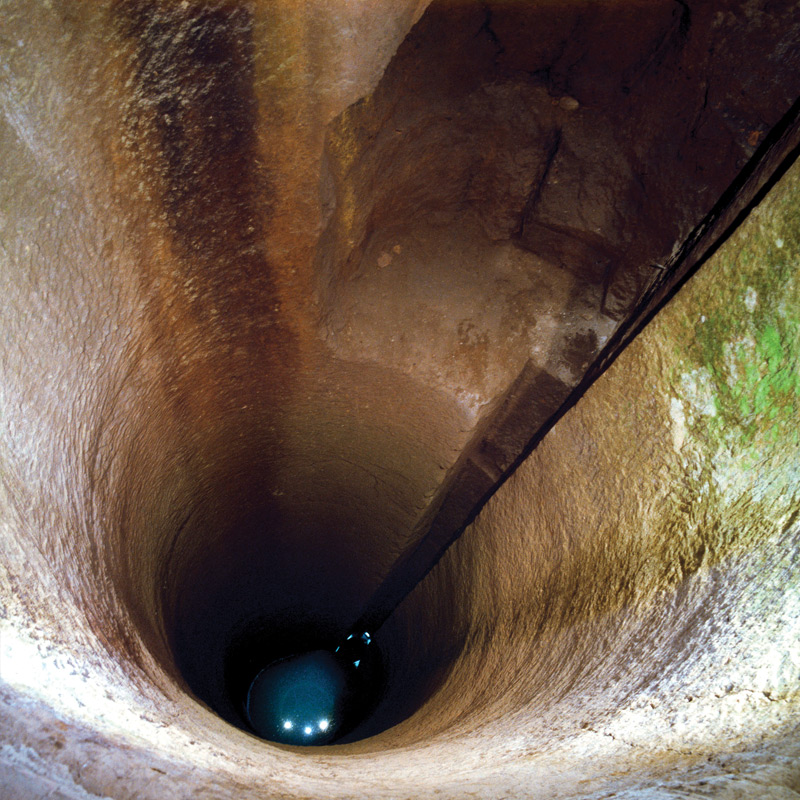 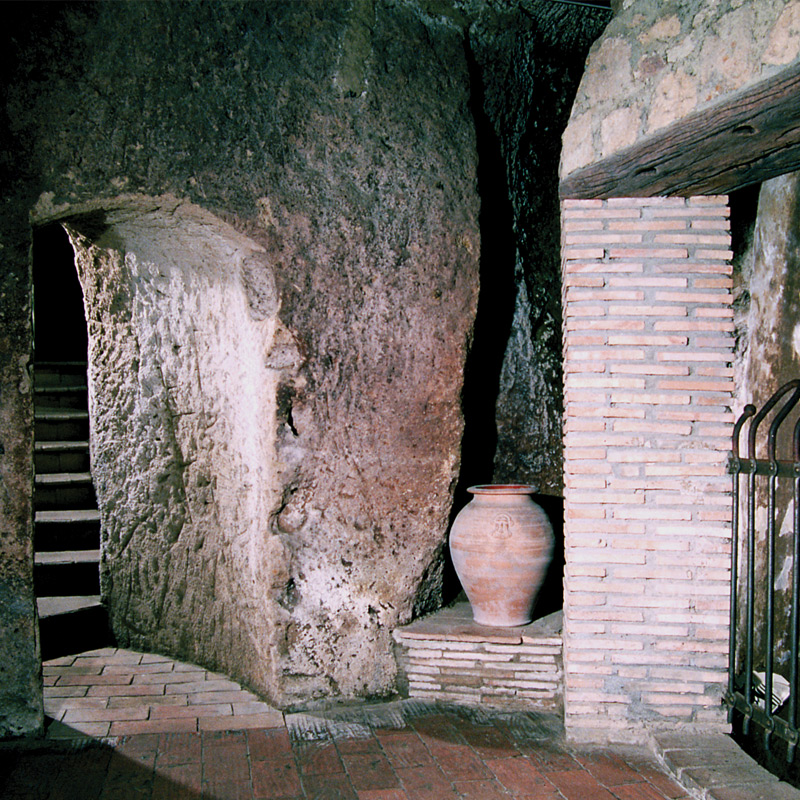 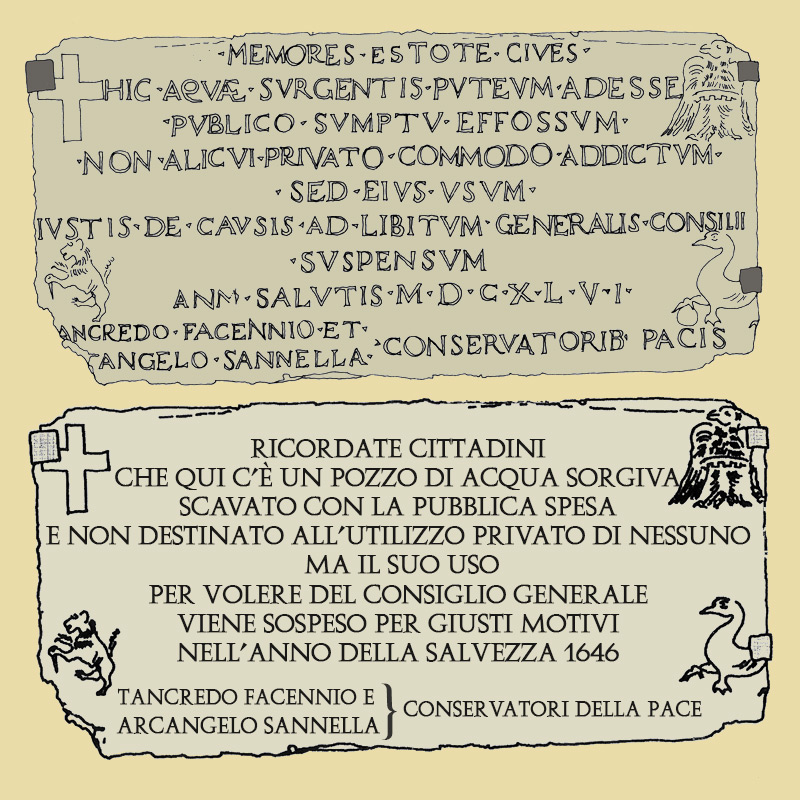 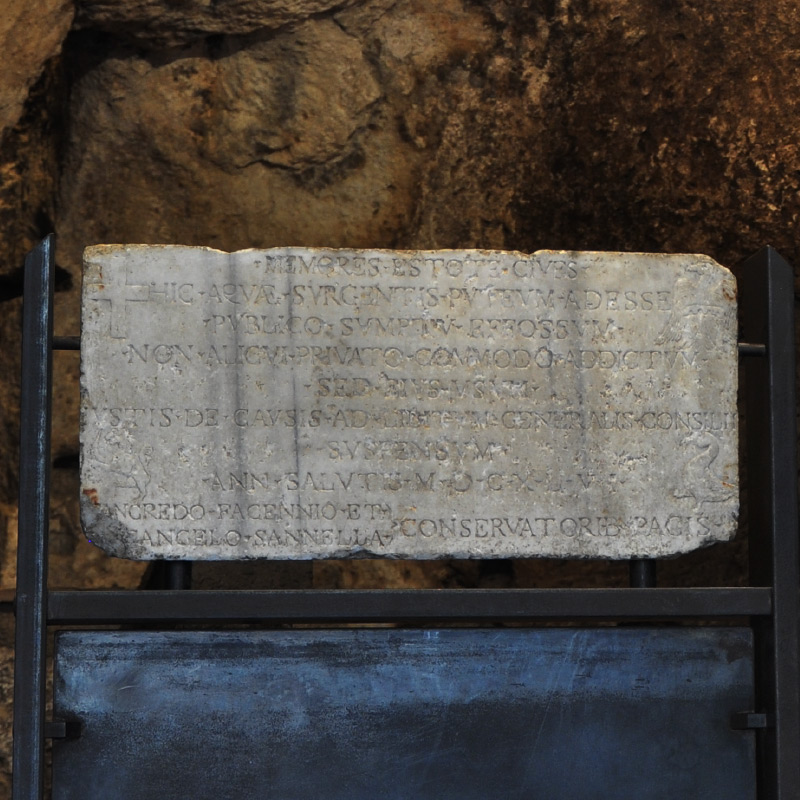 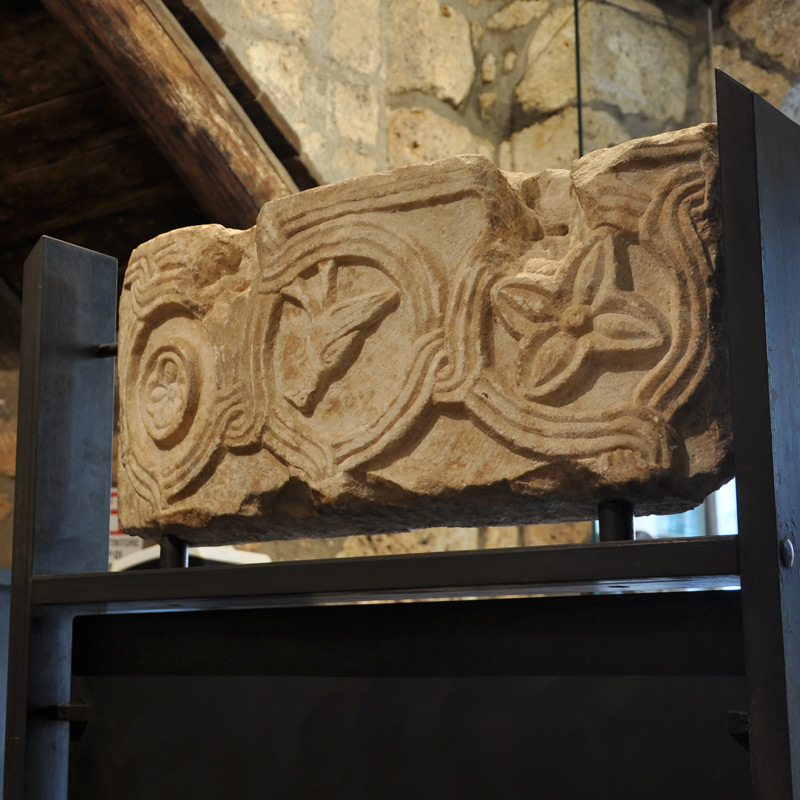 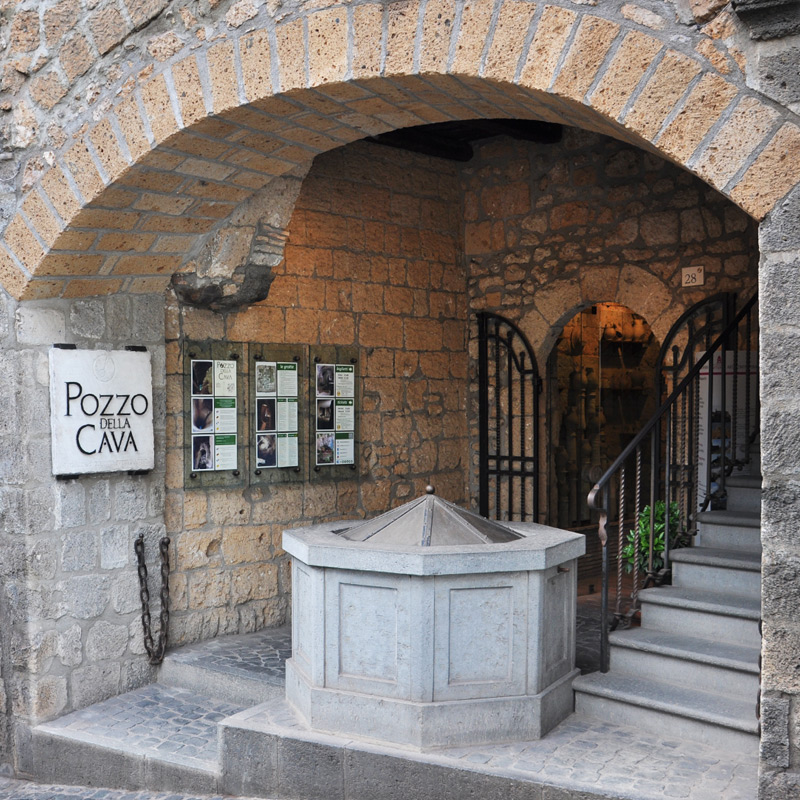 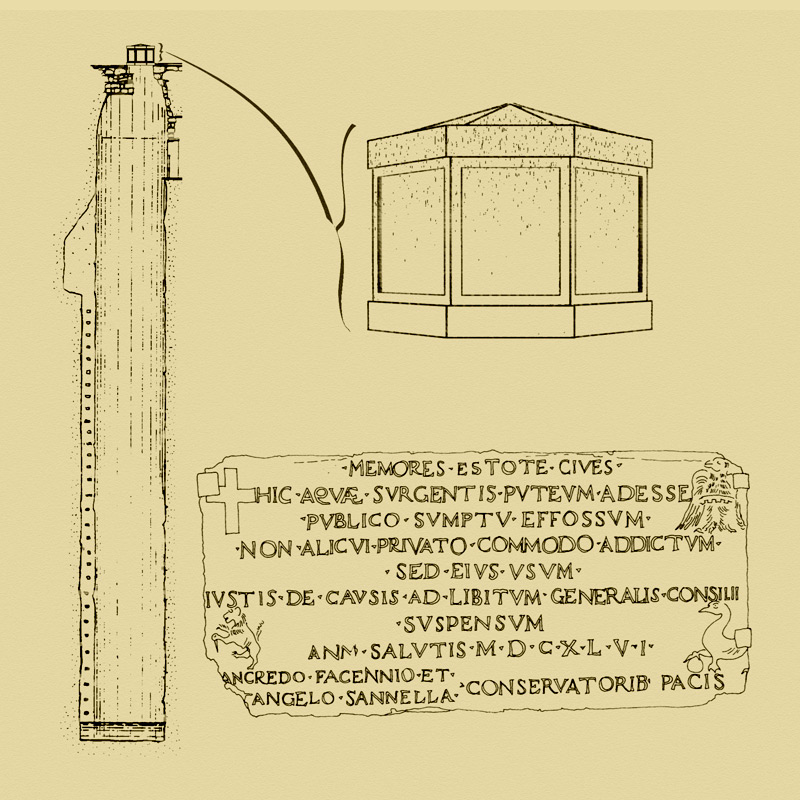 The Pozzo della Cava has a long history and has continually been changed and modified over time. The rectangular well shaft to the side is Etruscan (6th – 5th centuries BC) and was constructed around a bore-hole which had been dug to look
for an aquifer and to inspect the underground tunnels that connected to the water source.
In 1527, as he fled from the Sacking of Rome, Pope Clemente VII sought refuge in Orvieto and commissioned the creation of two public cisterns and “a well in the Cava district” by adapting the Etruscan structure. He wanted the city to have access to water in case it came under siege. The work was paid for by the Local Authority and was completed in 1530.
The Pozzo della Cava remained open until 1646 when the local authority ordered it to be closed to the public – as can be seen on the stone tablet displayed in the entrance. The tablet was attached to the wall of Via della Cava, which corresponds with the location of the wellhead. The reason for the closure of the well could be
due to the siege during the Castro War when all the openings to the city (lanes, lay-bys and doors) in Via della Cava were walled up to prevent enemy troops penetrating deeper into the city, should they have managed to gain access.
From then on, the well gained a somewhat bad reputation and became infamous as a place where “crimes were covered up”.
After being closed for three centuries, in December 1984, Tersilio Sciarra rediscovered the well during some restructuring work. It was only 24m deep then, the bottom being blocked by centuries of earth, and debris. In the spring of 1996, the structure was cleared down to its original 36 meters.
In 2004, the original access on Via della Cava was restored, and a small stone plaque was erected to commemorate the renaissance wellhead that had been lost. 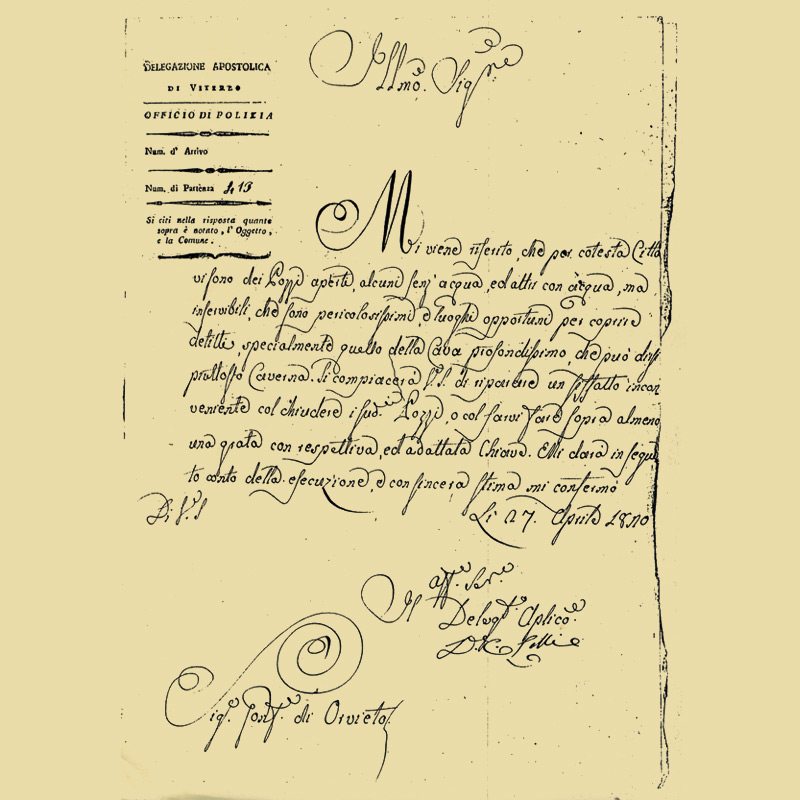 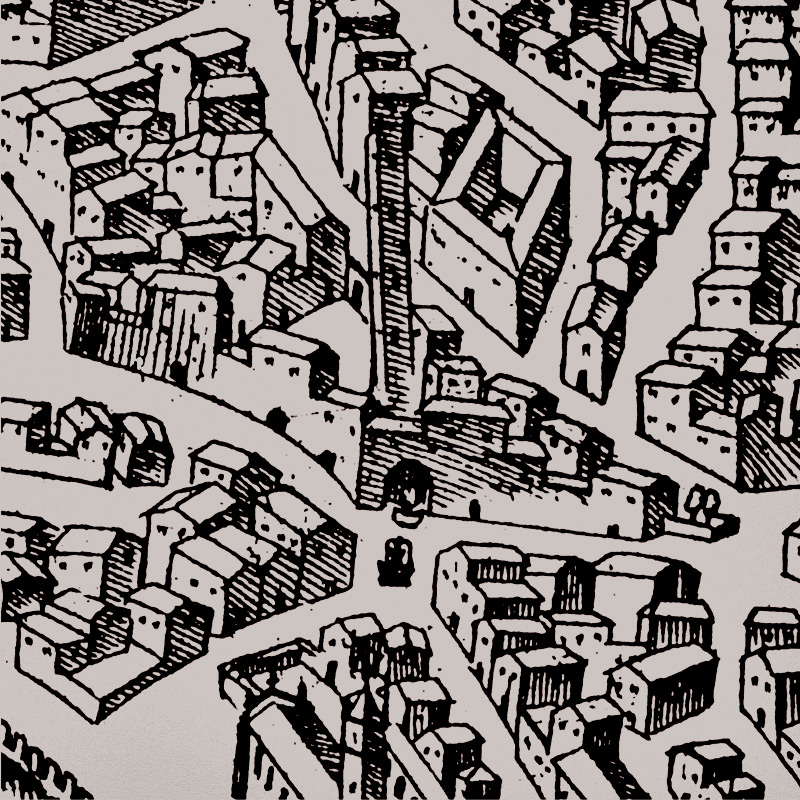